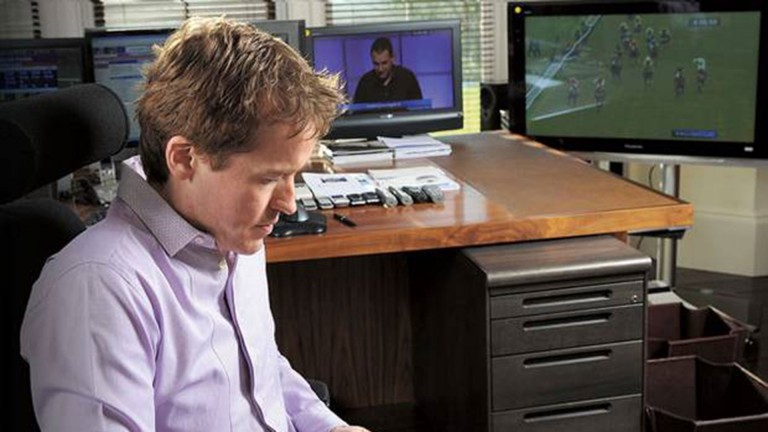 Professional punter and racehorse owner Patrick Veitch has been acquitted of a charge of causing the death of a child by dangerous driving.

Veitch was driving a Porsche Panamera when it was involved in a crash on the A64 near York on August 15, 2016 in which an 11-year-old boy died.

The 49-year-old also faced charges of causing serious injury to another child, and to a man, by dangerous driving in the same incident, after which several injured people were taken to hospital.

Prosecutors originally alleged Veitch had sufficient time to avoid the collision, but on Monday the prosecution offered no evidence after being instructed that experts concluded the crash was "inevitable", and Veitch, from Fulford in York, was acquitted at York Crown Court.

Prosecutor James Macron QC said: "From an evidential point of view, the police expert has reviewed his opinion.

"The prosecution have instructed a second police expert and the position is five experts agreed by the time a reasonable driver would perceive the vehicles as stationary, there would not be a reasonable time to stop.

"The crown cannot prove the defendant was driving carelessly or dangerously."

Judge Andrew Stubbs QC said: "The evidence shows this was a tragic accident. In these circumstances the only verdicts are ones of not guilty."

Veitch stood to answer not guilty pleas to all three counts.

The judge concluded the 15-minute hearing by saying to Veitch: "I have formally entered not guilty verdicts on all counts faced and you can now leave the dock."

Veitch said in a statement: “My first thoughts are with the family who have suffered the unimaginable loss of their son. Their sense of loss and their suffering will not pass, and I will never forget that or the terrible images of the scene that confronted me.

"I am obviously relieved the CPS have finally accepted that this accident was, in the word of the joint-statement produced by the experts – including the investigating police officer – “unavoidable” after an uninsured driver chose to reverse a truck and trailer in the outside lane of the dual carriageway.

"What is deeply disappointing is that the CPS received evidence in May 2017 demonstrating I was not the cause of the accident, but they chose not to engage with this until only a few weeks ago, greatly prolonging matters for all parties.

Veitch became one of the most successful punters of the modern era, setting up 'The Professional' telephone tipping service when he was a student at Cambridge University in the 1990s.

His betting exploits, which he detailed in his autobiography Enemy Number One, were said to have netted him more than £10 million in profits between 1996 and 2006, and a lifestyle to pay for a large house, fast cars, a helicopter and a string of racehorses.

Veitch, who was dubbed 'The Baby-Faced Assassin of the Betting Ring' by the News of the World, enjoyed one of his biggest wins on one of his own horses, Exponential, who was backed into 8-1 from 100-1 before victory in a Nottingham maiden in August 2004, which netted £500,000.