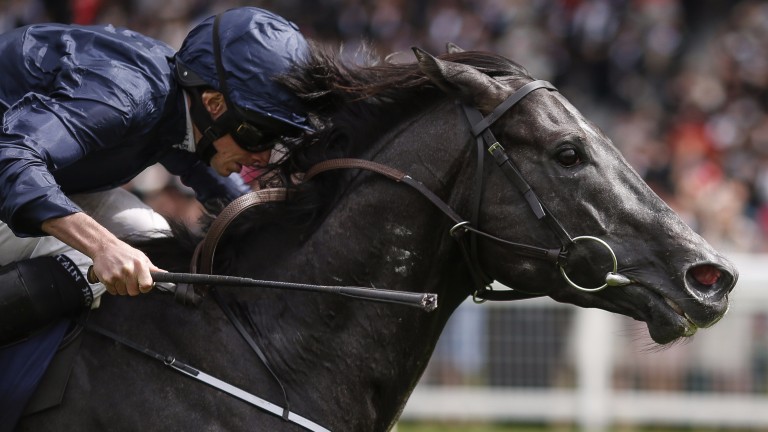 Caravaggio, who lost his unbeaten record when fourth in the July Cup at Newmarket on Saturday, might have his next race in France, Aidan O'Brien revealed on Sunday.

The trainer said: "Caravaggio seemed fine this morning. We'll wait and see how he is in about ten days' time before making plans and we might have a look at the Prix Maurice de Gheest at Deauville next month for him."

He added: "He ran a very good race on Saturday. He ran a bit lazily but we're taking nothing away from the winner, Harry Angel, who was very good."

Run over six and a half furlongs, the Group 1 Prix Maurice de Gheest would be Caravaggio's first start beyond six furlongs, and he has been installed as the 7-4 favourite with Betfair. O'Brien has won the race once before with King Charlemagne in 2001.

The master of Ballydoyle also added that The Everest, the world's richest turf race, was still potentially on the agenda for Caravaggio.

Caravaggio is currently 8-1 for the first running of the A$10 million (£6.18m) contest, with six-time Group 1 winner Chautauqua heading the betting at 4-1. The Everest is set to take place at Randwick on October 14.

FIRST PUBLISHED 3:44PM, JUL 16 2017
He ran a very good race on Saturday. He ran a bit lazily but we're taking nothing away from the winner

Can Willie Mullins and Ryan Moore strike with ante-post punt Saldier? Dominant duo Moore and Dettori set to extend stranglehold on riding honours Confirmed runners and riders for the Prince of Wales's Stakes at Royal Ascot Is this Aidan O'Brien's greatest Ascot masterstroke or a total shot to nothing? Cheltenham, Aintree - and now Ascot? De Bromhead adds filly to Coronation mix 'He shows everything at home - he relaxes, he quickens, he gallops'