Talk Of The Tracks TRAMORE TUESDAY 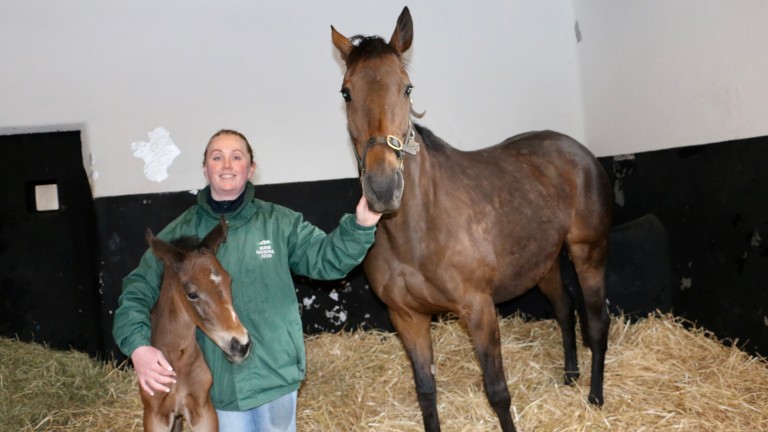 She has a long, long way to go before she is as good as her mother – 15 more wins, six Cheltenham Festival victories and four Grade 1s to be precise – but Princess Vega can at least brag about being able to do something Quevega couldn't as she made a winning start to her racing career.

Princess Vega is the first foal out of the sensational Quevega to appear on a racecourse and she powered clear in the closing stages of the opening 2m maiden hurdle for an emphatic seven-and-a-half length win under champion jockey Paul Townend.

Quevega won 13 of her 18 starts for Willie Mullins but she could only finish fourth on her racecourse debut in France at Niort in 2007 when trained by Bertrand de Watrigant.

Princess Vega is every bit as dimunitive as her petite mother but she appears to have inherited some of her steely determination as she found plenty for pressure from the second last and Townend was thrilled with the display.

"She's just as small as her mother anyway," laughed the champion jockey who was wearing the familiar red and blue silks of the Hammer and Trowel syndicate.

"It was a rough race. I thought we were nearly gone at the first and then she went down and took on the second which was a great sign. She did it very well in the end and it was a lovely start for her."

What did the winning trainer think?

"I got a big thrill out of that," Mullins admitted. "She was green as grass early and she only got into a racing rhythm for the final half-mile of the race.

"She's not the biggest in the world but she showed with her jump at the last that she's much stronger than she looks. We'll keep her on the go through the summer."

Moore has double reason to celebrate

Jonathan Moore's flying start to the new jumps season continued as he helped himself to a 70-1 double on Tomgarrow and Allduckornodinner, his third and fourth winners in the space of five days.

Moore needed to be at his strongest to get the Gavin Cromwell-trained Allduckornodinner up close home in the 2m5f handicap hurdle, but he would have got most enjoyment out of Tomgarrow in the 2m maiden hurdle as he owns half of the five-year-old along with trainer Sean Doyle.

"It's been a great day at the office. I own half of Tomgarrow so that was great. He's always worked well and it was great to get a win out of him. He's for sale now," said Moore. 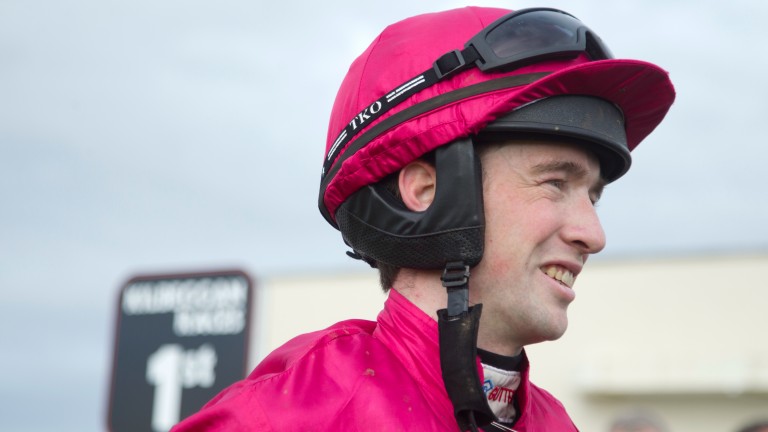 Jonathan Moore: "Nine times out of ten you want to be riding the track handy."
Patrick McCann (racingpost.com/photos)

Thought for the day
Princess Vega is only tiny, even smaller than Quevega, but she looks to have inherited her mother's toughness judging by her gutsy, but ultimately quite emphatic, victory in the opening maiden hurdle.