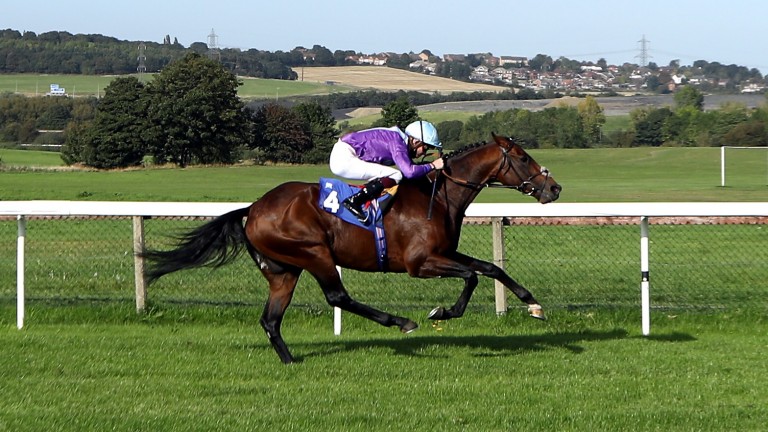 Prince Alex was simply a revelation when upped in trip last season by trainer Ralph Beckett and the four-year-old comes into this after five straight wins and remains unbeaten over 1m3½f-plus.

Prince Alex had the reopposing Ispahan three-and-a-half-lengths back in fourth off level weights when scoring his last win at York, but he has to give 5lb to that rival on this occasion, so further progress is needed.

However, let’s not forget Prince Alex improved 18lb from first win to last on RPRs and that is an average of 4.5lb per run. Similar progress will keep him closely matched with Ispahan.

One crucial factor in Ispahan’s favour could be a gelding operation since his last meeting with Prince Alex.

Ispahan looked backward and inexperienced on that occasion and was too far out of his ground before rattling home. He also met trouble in running and didn’t look straightforward.

He is just the type who might be more amenable after being gelded, but trainer David Simcock is only 6-65 (nine per cent) with those having their first start after an op since the start of 2016.

Opera Gift is also having his first run since being gelded and his trainer Andrew Balding has only a slightly better record (16-125; 13 per cent) with runners after an op in the same period.

Opera Gift was a beaten 6-5 favourite when last seen at Doncaster in October, but he lost out by just half a length to Ocean Wind and that rival finished only a length behind Stradivarius in the Group 3 Sagaro Stakes at Ascot on Wednesday. Opera Gift races off 6lb higher here.
Analysis by Graeme Rodway

Alastair Donald, racing manager to King Power Racing Co Ltd, owner of Boss Power
He ran well last time, but pulled very hard and ruined his chance early – he was also beaten by a well-handicapped horse. It was a small field and there was nowhere to get cover, but he should be all right this time and I still think there's more to come over this longer trip on fast ground.

Harry Peter-Hoblyn, racing manager to Al Asayl Bloodstock Ltd, owner of Ispahan
He had a break over the winter and is taking his training really well, but this race looks hot enough, almost an Ebor trial. The track should suit and we expect him to progress through the season – his family gets better as they go on. The ground probably isn't ideal  – he'd like good – but shouldn't trouble him too much.

2.25 Newmarket: Sea Karats bids to be exception to rule in Pretty Polly

3.00 Newmarket: can Queen Power make it a magnificent seven?

FIRST PUBLISHED 6:00PM, MAY 1 2021
Let?s not forget Prince Alex improved 18lb from first win to last on RPRs and that?s an average of 4.5lb per run