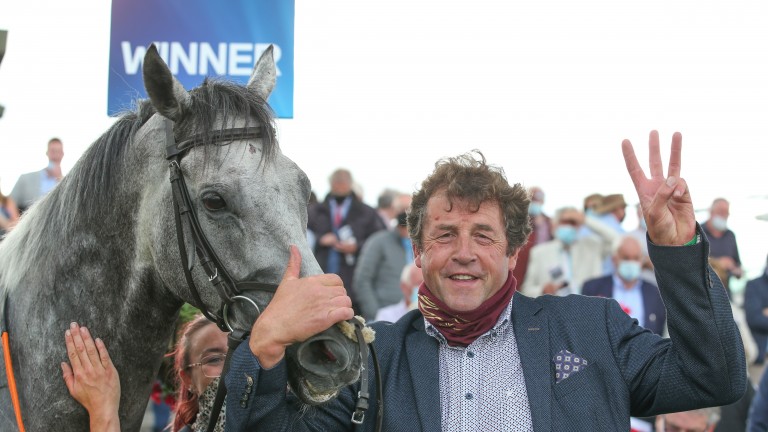 No horse has landed the Colm Quinn BMW Mile and Ahonoora Handicap in the same week, but you get the sense that if any trainer is to pull it off, Ado McGuinness might be the one.

Impressive Tuesday winner Sirjack Thomas, who memorably provided McGuinness with a third successive win in that premier handicap, attempts to follow up under a 7lb penalty, with Mikey Sheehy entrusted to do the steering again. 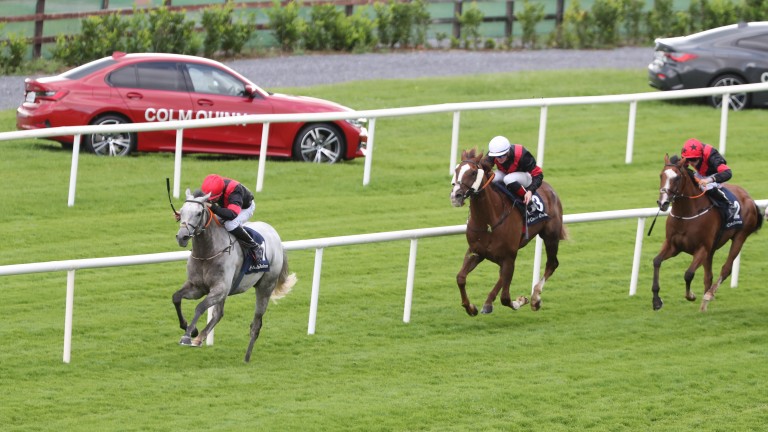 Four have attempted the double, with Tushna (2000) and Ask Jack (2010) finding only one too strong. Njord was beaten a nose and a neck when second in both races last year.

It's possible Sirjack Thomas might be taking his form to a new level, for all that he'd probably prefer further than this 7f assignment.

He'd never won back-to-back in his 45-race career until this week, but did so off his highest mark.

His biggest danger may hail from his own stable through last year's winner of this race, Current Option, who finished down the field here earlier in the week of that triumph – just as he's done this time around.

Soaring Monarch, potentially well handicapped off 91, has a better draw in stall eight than when initially declared for Tuesday in stall 21, and arrives fresh after bypassing that assignment. 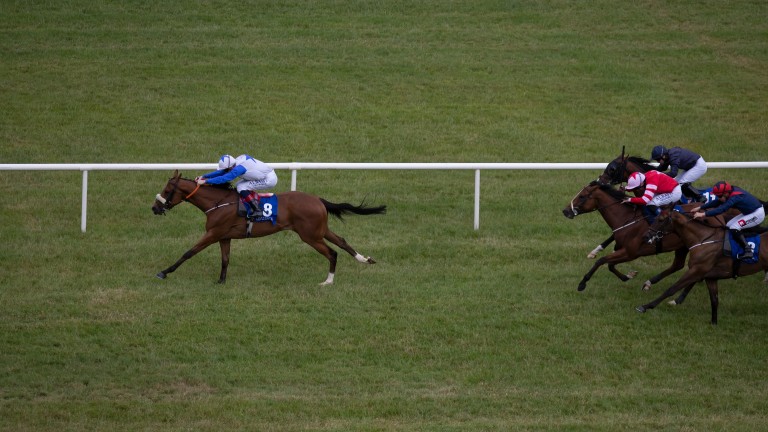 Peter Fahey on Soaring Monarch: "He's an improving horse so hopefully he can run a big race"
Patrick McCann (racingpost.com/photos)

British raiders On A Session and Stone Soldier have both advertised their potential to win a valuable handicap like this without quite doing so yet.

Ado McGuinness, trainer of Current Option, Laugh A Minute, Sirjack Thomas and Spanish Tenor
Sirjack Thomas bounced out of his Tuesday run in good form and we'll look to follow the same plan again with him. He's got more weight but he's a different horse this year and has done well in terms of his physique. Hopefully, he'll run a big race. Current Option had a good run earlier in the week and I'm expecting a big run from him too, being in a handicap as opposed to a stakes race. We'll look to switch off Laugh A Minute – sprinters can sometimes be suited by big handicaps like this. Hopefully, Spanish Tenor will put his best foot forward.

Sheila Lavery, trainer of Quizical
He ran great here on Tuesday from a wide draw [in stall 19] and he's not got a brilliant draw this time either [stall ten]. With no rain forecast, the ground would be a concern; he prefers more of an ease.

Peter Fahey, trainer of Soaring Monarch
He has a lovely draw and I think the ground will be in his favour. He's an improving horse, so hopefully he can run a big race.

David Barron, trainer of On A Session
His owners were keen to have a crack at this race, with the horse having run so well in it before, and I couldn't give them a good reason not to. If the long journey doesn't have an impact on him, I'm hopeful he can run well.

FIRST PUBLISHED 6:00PM, JUL 31 2021
Sirjack Thomas bounced out of his Tuesday run in good form and we'll look to follow the same plan again with him