Galvin was one of the gambles of last season's Cheltenham Festival, but the Gordon Elliott-trained six-year-old couldn't get to grips with Imperial Aura when second in what was the final running of the novice handicap chase that will be replaced by the new mares' chase this year.

The market is never too far wrong. He was sent off 4-1 joint-favourite on that occasion and it’s no surprise Galvin has quickly made up for that defeat over the summer, completing a hat-trick over fences culminating in a Grade 3 victory at Tipperary this month.

That has prompted several firms to promote him to clear third favourite for the Paddy Power Gold Cup at this course next month and this looks an obvious trial for that contest. The main difference being the distance. This race is over three miles, so will he be suited by the trip?

He is untested over this far but a quick look at his pedigree suggests he might improve for it, as his dam was a 2m4f-3m4f winner.  Gordon Elliott also reckons the National Hunt Chase is made for Galvin, so the trainer evidently has no worries about his stamina.

The biggest threat may come from those who have yet to run over fences, but Cheltenham is a notoriously difficult place for a novice to make their chasing debut. 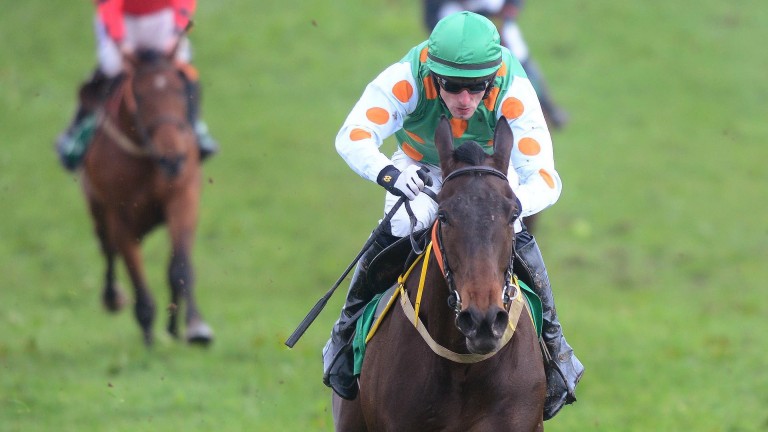 Since the start of 2016, 36 runners have made their chase debut at Cheltenham and only four have won. That's just an 11 per cent strike-rate, and a £1 bet on all of those would have yielded a loss of £17.76.

Nigel Twiston-Davies was responsible for one of those winners – Al Dancer at this fixture last season – and the trainer saddles last season's Ballymore fifth Mossy Fen on his chasing bow.

He was no match for Envoi Allen at the festival but had previously landed the Grade 2 Leamington Novices' Hurdle at Warwick and looks the big danger to likely hotpot Galvin.
Graeme Rodway, tipster

Gordon Elliott, trainer of Galvin
He's in good form. He has a penalty which will make it tough, but he needs to finish in the first four to qualify for the National Hunt Chase at the Festival and that's the primary reason we're going over.

Paul Nicholls, trainer of Soldier Of Love
He keeps improving and he's an incredible horse. He's won four from four and he's gone up from 113 to 144. This is a much better race against better horses but he's in seriously good order.

Fergal O'Brien, trainer of Ask Dillon
It's his first novice chase and a lovely starting point. He was ready to go chasing last year but he had a blip so we kept him over hurdles. He'll be fine on the ground. 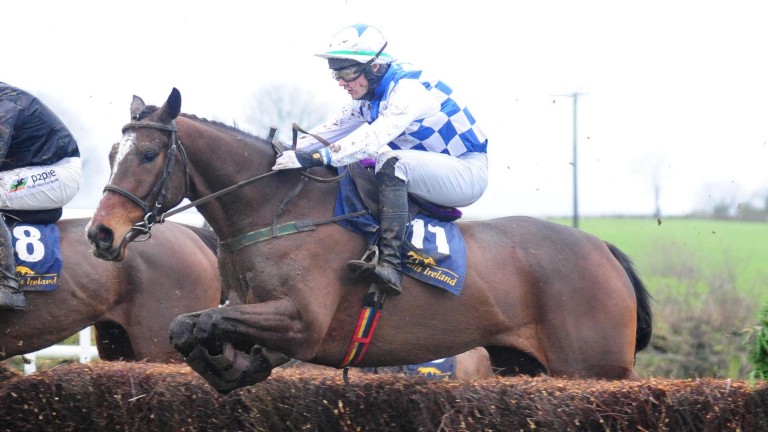 Nigel Twiston-Davies, trainer of Mossy Fen
It's his first time over fences but he's been going well over them at home. He won a point-to-point in his younger days which will stand him in good stead over the bigger obstacles.

Ruth Jefferson, trainer of Clondaw Caitlin
The rain was welcome and she's schooled nicely at home. It's the first time over three miles since her point-to-point days but we feel she'll stay a trip. She didn't do anything wrong over hurdles – she beat everything she lined up against. This is different again, there are some nice horses and they're more experienced than her – so long as she jumps well and comes back full of confidence that will do me.
Reporting by David Carr

FIRST PUBLISHED 6:00PM, OCT 22 2020
Cheltenham is a notoriously difficult place for a novice to make their chasing debut

'It will only make us stronger' - Richard Johnson's delight at return of crowds Quinn goes back to jumping roots and creates great First Impression 'It's a lucky track for us' - Newland among winners as visitors raid Sedgefield Envoi Allen in 'top shape' as Elliott prepares unbeaten star for Drinmore 'We'd tried everything': Laurina retired after Ascot disappointment Twiston-Davies believes Bristol De Mai could go from Haydock hero to Aintree ace