'I think he'll run a big race': analysis and quotes for the feature at Killarney 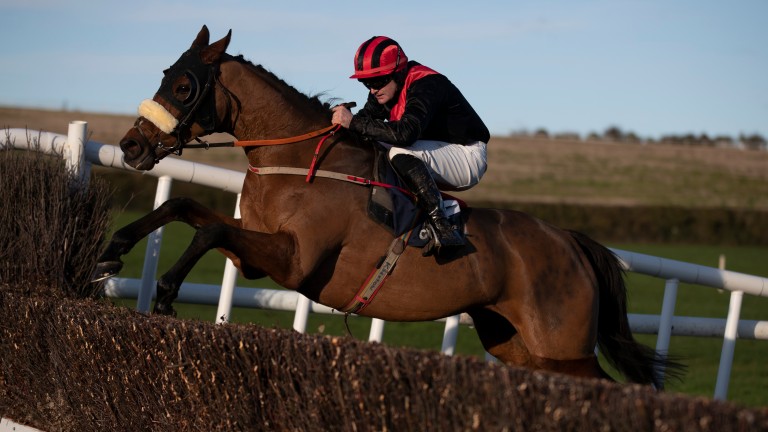 The first Graded chase in Ireland since jumping resumed sees the prolific Peregrine Run bid to follow up on the victory he won so tenaciously when odds-on last year.

On that occasion the race was run in May and it began a sequence of five wins in a row for Peter Fahey's most prized possession. He went on to score at Ballinrobe, Punchestown, Wexford and Cork in what proved to be the most profitable summer of his career.

Peregrine Run has turned ten now, but he showed plenty of zest in a 1m4f Flat maiden at Limerick last week and Kevin Sexton is back in the saddle. The jockey has been on board for his last six wins, including in this race last year.

You sense a race like this is likely to be one of Peregrine Run's main targets this season, whereas most of his rivals will have bigger aims down the line.

Kaiser Black has some superb form, most notably chasing home La Bague Au Roi in a Grade 1 novice chase at Leopardstown in 2019. He spent almost a year on the sidelines before returning at Gowran Park in February, but is rated 154 for a reason. He is always dangerous in a race like this.

Gordon Elliott is doubly represented with Dinons and Jury Duty.
We have not seen Dinons since he was pulled up at Cheltenham in October. His mark of 145 leaves him with a bit to find, while Jury Duty might want further these days.

Paloma Blue does not win as many races as he should for a horse of his ability, but he was a fine second to Eclair De Beaufeu in a hot handicap chase at Leopardstown in February and is a massive player here if on a going day. 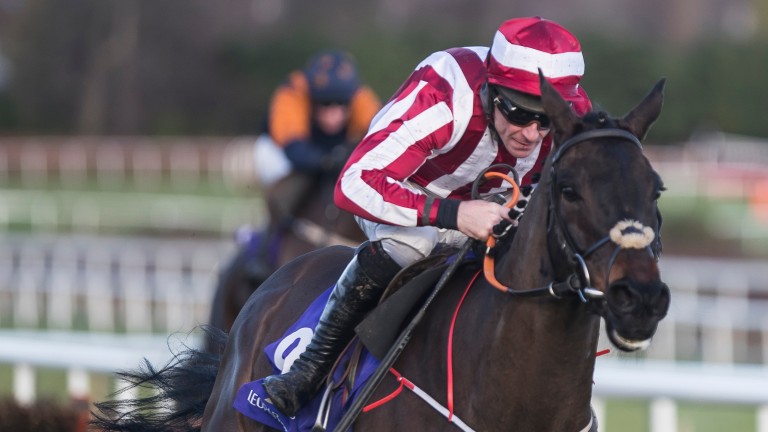 Then we have the strong-travelling Robin Des Foret. He has not won since 2018 despite trading at lows of 1.3, 1.9, 1.35, 1.6, 2.2 and 2.92 in six of his eight starts since. His finishing effort has never matched the style with which he travels through his races but this is his second run after a wind operation so we might see a reformed character.

The fact Peregrine Run is fit from a spin on the Flat, won the race last year and has conditions in his favour makes him the tentative pick in a fascinating contest.
Race analysis by David Jennings

Pat Doyle, trainer of Kaiser Black
We were all set for Fairyhouse and looking forward to running him at Easter, but obviously those plans went up in the air. He's in great shape and is as fit as we can have him – I think he'll run a big race.

Peter Fahey, trainer of Peregrine Run
He ran a cracker on the Flat the other day and it looks like he retains all his old ability. That run should leave him right for this and he seems to love Killarney so I'd be hoping he'll run well.

Gordon Elliott, trainer of Dinons and Jury Duty
Dinons is in good form, but will come on for the run. The Galway Plate is the plan for him so this should leave him spot on for that. The Plate is also the plan for Jury Duty – this trip might be a bit short for him.

Willie Mullins, trainer of Robin Des Foret
We're not well treated by the conditions of the race, so it's going to be a tough ask. He'll like the track as he tends to travel well in his races.

FIRST PUBLISHED 6:10PM, JUL 6 2020
He ran a cracker on the Flat the other day and it looks like he retains all his old ability