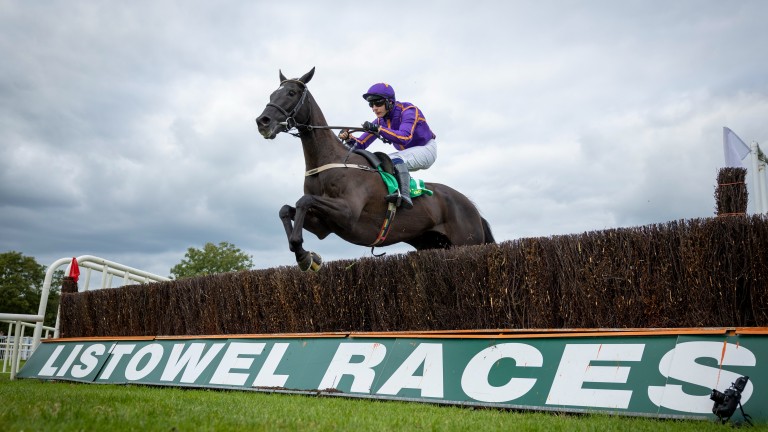 Sizing Europe made this race his own in the early part of the last decade, winning it four times in a row between 2011 and 2014, but Willie Mullins has dominated it of late with three wins in the last six years.

The Mullins-trained Easy Game, a winner in 2020 and a casualty three out when holding every chance last year, is back for more. He has won six of his last nine starts and arrives on the back of an emphatic victory over Kemboy at Listowel 13 days ago.

On that occasion he was giving 6lb to his stablemate, but only has to concede 5lb here so the outcome should be the same, especially since there were 11 lengths between the pair at the line.

Kemboy is a four-time Grade 1 winner but all of those victories came over 3m or further and the worry here is that the trip will be on the sharp side for him, as it looked at Listowel when his jumping was poor. He didn't look like his old self there and it is hard to envisage the form being reversed here.

Perhaps Franco De Port – another Mullins contender – is a bigger danger to Easy Game. He was just denied at this track in the Thyestes Chase off top weight and is still only seven, so there ought to be more to come from him this season. He is officially only 3lb inferior to Easy Game and is in receipt of 5lb, so you could make a valid case for him.

Franco De Port has won on the back of 259-day and 260-day absences in the past, so goes well fresh.

The Gordon Elliott-trained pair Battleoverdoyen and Hurricane Georgie look to have plenty on their plate, as does the in-form Dollar Value who takes a significant rise in class.

It looks between the Mullins team and Franco De Port might prove the value option.

Willie Mullins, trainer of Easy Game, Franco De Port and Kemboy
Easy Game can hopefully make amends for what happened to him in the race last year. He seemed to be going very well when he came down. I think the track and the trip is right up his street and he won well at Listowel. The trip is probably on the sharp side for Kemboy but he should be okay on the ground. Franco De Port would also prefer a bit further but we have to start him off somewhere and why not do that at our local track.

Gordon Elliott, trainer of Battleoverdoyen and Hurricane Georgie
Hurricane Georgie hasn't been blessed with much luck of late. He only got as far as the first in the Galway Plate and it was all over for her very early in the Kerry National too. She was very good in the Midlands National before that so hopefully things will go a bit better for her here. Battleoverdoyen ran well twice at Galway and seems to be in good form at home so should run a nice race.

Tom McCourt, trainer of Dollar Value
He's gone up a lot in the ratings so we thought why not have a go at something like this and see how he gets on. He has jumped super the last twice. I just hope the ground doesn't get too deep on him.

3.25 Longchamp: Aidan O'Brien: 'Kyprios is a good-moving horse, so hopefully it's not too soft'

FIRST PUBLISHED 6:00PM, SEP 30 2022
He's gone up a lot in the ratings so we thought why not have a go at something like this and see how he gets on