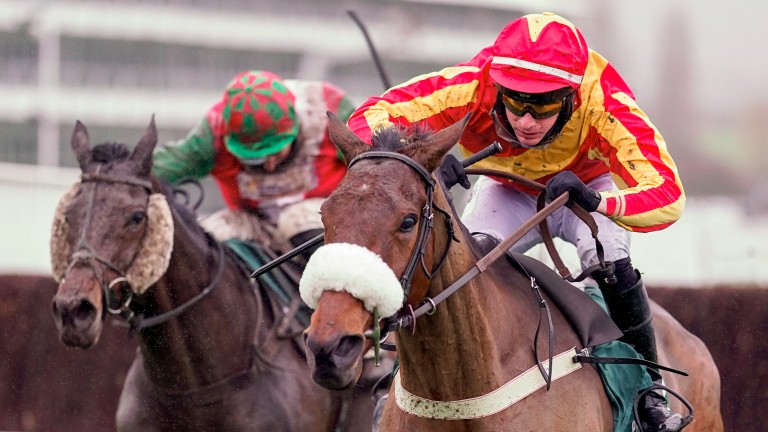 Ten-year-old Coole Cody now qualifies for veteran races, but don't tell him that. The sprightly chaser is getting better with age and achieved a joint career-best Racing Post Rating (148) when he finished fourth in the Plate at the Cheltenham Festival last month.

That was a fine run. Not only did he face far younger rivals, including ridiculously well-treated Irish handicappers The Shunter and Farclas, but he made a mistake at the 11th and still almost snatched third with a gallant rally up the famous hill.

Coole Cody is clearly well suited to the stiff Cheltenham challenge and his Paddy Power Gold Cup success in November over just shy of this 2m4½f trip proved that. Many horses are stated to have the heart of a lion, but Coole Cody has to be towards the top of that list – he never gives up.

Does another big prize await Evan Williams' stable star? There is every chance he will come out on top, especially given his mark was left unchanged after the festival. This is an easier race and providing he has fully recovered from a gut-wrenching effort last month, he is the horse to beat.

His main market rival is The Big Bite, who appears to be sitting on another big performance after a creditable effort in the Greatwood Gold Cup. Lightly raced for his age, the Henry Oliver-trained gelding may well be the most talented horse in this field, but there are reasons to take him on.

He has proved a tricky customer under pressure on a few occasions, a trait that sire Scorpion tends to give his progeny, and there's every chance that he will struggle up the hill. The topography of this venue isn't sure to suit, while he may have to take a lead rather than dominate from the outset.

It would be folly to ignore Pym, who is fitted with first-time cheekpieces by trainer Nicky Henderson. Held in high regard since his bumper days, Pym has often failed to live up to expectations but was considered good enough to run in what was the Grade 1 RSA last year.

His recent form wouldn't suffice in this field, but hopes are pinned on the new headgear and a drop in trip working.

Lightly weighted Manofthemountain looks to go one better after a recent runner-up effort behind Domaine De L'Isle. He has had a quiet campaign but was sent off as the 4-1 favourite to beat a good field that included Frodon and Cloth Cap here in October and can't be discounted on good ground.
Analysis by Tom Collins

Henry Oliver, trainer of The Big Bite
He's not been overly busy but he's very talented and seems in great order. He went up 4lb after finishing third in the Greatwood Gold Cup and Senior Citizen, who finished fourth, ran well when third in the Topham Chase last week. He's run at Cheltenham before but most of his form is on flat, galloping tracks, so that's the big question mark.

Dan Skelton, trainer of Romain De Senam
We've kept him fresh for this and we think this is his trip. It's the end of a long season but we're happy with him. He's run well at Cheltenham before and the ground should be perfect.

Evan Williams, trainer of Coole Cody
He's the most remarkable horse to run with such enthusiasm at ten. He loves the track and won the Paddy Power Gold Cup in November before running a belter at the Cheltenham Festival. The form has worked out well and he's adaptable, so the ground will be fine.

Richard Rowe, trainer of Up The Straight
He goes there with a chance. His five starts over fences have been on soft or testing ground but this good ground will be perfect. His form is rock solid through his hurdles career and over fences. He's run in some big races to build his experience and there's a handicap in him. 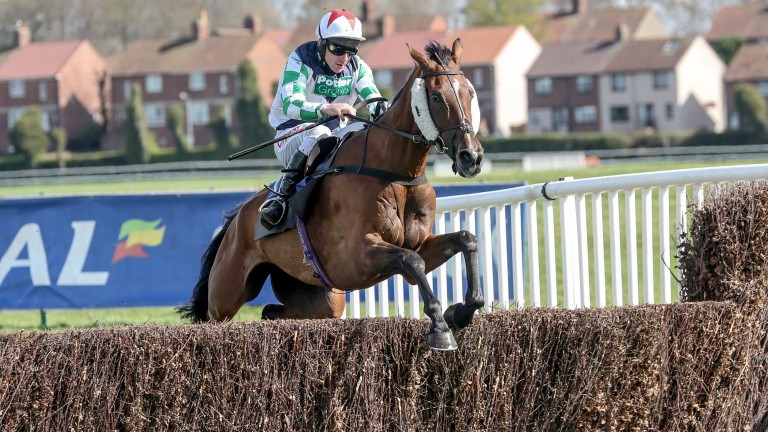 Sam Twiston-Davies, rider of Two Taffs
He should enjoy the ground and the trip suits. We're hoping to see an improved performance after his festival run and he's in good form.

Emma Lavelle, trainer of Manofthemountain
He ran a lovely race at Kempton last time after a break and he took a bit of a blow. He's done his winning over three miles or further but the way he runs suggests this trip will be perfect with the hill.

Gary Moore, trainer of Benatar
He ran a nice at Warwick last time and shaped as though this step back up in trip would benefit him. He ran well at the track when third in the Caspian Caviar Gold Cup and we're hopeful of a big run.
Reporting by Jonathan Harding

FIRST PUBLISHED 6:00PM, APR 13 2021
He's the most remarkable horse to run with such enthusiasm at ten