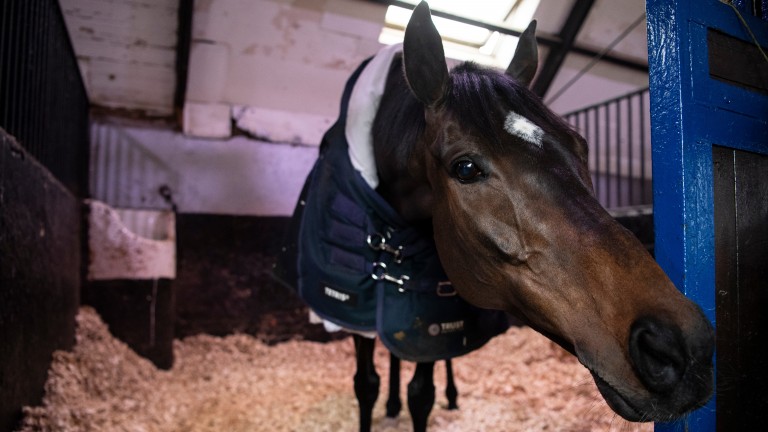 Newbury's headline fixture this weekend isn't all about Altior, but the champion two-mile chaser is both the major attraction for ITV4 viewers and among the most discussed horses in 2020 so far, even though we have only seen him once on a racecourse in more than nine months.

Strip away all the bluster and conjecture and Altior is attempting a delayed hat-trick in the Win Bigger On The Betfair Exchange Chase (2.25), also known as the Game Spirit, as he bids to retain his impressive unbeaten record over fences at this shorter trip.

Altior does not have equine flu to stop him in his stable as it did with the 11th hour lockdown of racing ahead of this meeting last year.

Instead the ten-year-old has to contend with the march of time and questions over what, if any, lasting mark has been left by his abortive attempt to step up in trip at Ascot last November against Cyrname.

There will be interested onlookers, not least JP McManus and Philip Hobbs with the Cheltenham Festival destination of Defi Du Seuil undecided.

Altior's Ascot defeat by the highest-rated chaser in training was no disgrace and it has not been bettered this season by any of his potential Cheltenham rivals on Racing Post Ratings.

However, bookmakers clearly have enough suspicion about Altior that he is unlikely to be the banker on the Newbury card, with that status falling to 2018 Cheltenham Gold Cup winner Native River in his own bid for a third win in the Denman Chase 35 minutes later.

Altior has been no shorter than 1-2 this week, having been returned 1-3 and 30-100 in previous wins when beating arguably more potent rivals Fox Norton and Politologue, albeit in smaller fields.

Native River is another seen just once so far this season in what his trainer Colin Tizzard called "a non-event" after reopposing rival Might Bite exited early.

Native River will have a sixth partner under rules in his bid to remain unbeaten at Newbury over fences as Jonjo O'Neill jnr replaces the injured Richard Johnson, who along with Brendan Powell and Aidan Coleman have won on him at the Berkshire track over the last five years.

The big betting race of the day comes later on the card in the shape of the Betfair Hurdle (3.35), which will prove to be the focus of attention for many.

Hughie Morrison, who trains just ten miles from the course, has more to gain than his rivals as he has a Betfair bonus of £100,000 in his sights after ante-post favourite Not So Sleepy won the sponsor's first leg at Ascot before Christmas.

It has been quite a journey for Not So Sleepy, who first saw Newbury as a two-year-old when finishing last of six in the Horris Hill six years ago.

The stats are stacked against the eight-year-old as the Grade 3 race has been a young hurdler's game with those aged five or six winning all 13 runnings since Geos won at the age of nine in 2004.

Nigel Twiston-Davies has won the race three times in that timeframe but sets a puzzle for punters by running two, with son Sam, who rode two of the stable's winners, on Stolen Silver in owner Dai Walter's first colours.

Trainer Emma Lavelle and conditional Ben Jones, who combined with De Rasher Counter to win Newbury's jumping jewel that is the Ladbrokes Trophy in November, have chances of a memorable double but go their separate ways with Highly Prized and Gumball respectively.

If earlier excitement is not enough, stick around at Newbury for the concluding bumper and the appearance of Champagnesuperover, named in honour of last summer's amazing scenes at Lord's at the end of cricket's World Cup win for England. Surely there is no chance of a dead-heat.

FIRST PUBLISHED 6:30PM, FEB 7 2020
Bookmakers clearly have enough suspicion about Altior that he is unlikely to be the banker on the Newbury card