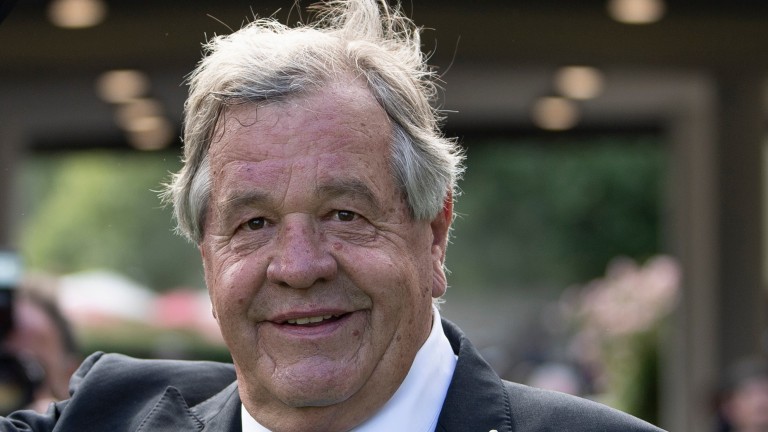 Sir Michael Stoute: could he have an Ebor candidate in My Frankel?
Edward Whitaker (racingpost.com/photos)
1 of 1
By James Stevens and Graeme Rodway UPDATED 9:01AM, MAY 12 2021

York’s May meeting is famous for its Oaks and Derby trials, but this opening handicap is now a trial for the most valuable race on the calendar at the Knavesmire, the Sky Bet Ebor.

This is a 'race to the Ebor' qualifier and some promising older horses face off in a bid to secure their place in August's big race.

Sir Michael Stoute has won the Ebor three times, but it’s 25 years since Clerkenwell gave him his most recent victory in the race. Could My Frankel develop into a leading Ebor contender?

Stoute has made a blistering start to 2021 with his older horses and My Frankel showed improved form when beating the reopposing Taqareer in a handicap at Kempton last month.

They are closely matched, with Taqareer on 2lb better terms, and Taqareer’s highest Racing Post Rating on turf is 6lb higher than his all-weather figure. This surface may suit him better.

William Haggas doesn’t appear on the Ebor roll of honour, but his progressive handicapper Ilaraab should improve for a trip. His half-brother Jackson En Bois won over 1m5f in France.

Kevin Ryan, who has 18 winners from 226 runners (eight per cent) at York in the last five years, will be hoping Throne Hall can improve that moderate record.
Race analysis by Graeme Rodway

Improving Ilaraab looks to hit his rivals for six

Ilaraab faces no easy task in his quest for a superb sixth consecutive win but his trainer William Haggas hopes this progressive four-year-old can prove even better over a mile and a half.

Haggas hopes the son of Wootton Bassett will become a Group-race performer in time but he may have to be to win this contest. He was upped 7lb for his latest win at this track in October and faces a tough assignment here.

"He did very well last season," said the Newmarket trainer. "It's about time he ran and finding the right race for a horse rated 102 isn't easy. So we're starting him off in a handicap, rightly or wrongly.

"He'll like the ground and, to me, he's been looking for this sort of trip for a while now. It'll be interesting."

Bruce Raymond, racing manager to Saeed Suhail, owner of My Frankel
He's come out of Kempton very well and we're hoping for good things from him. He's up 7lb in the handicap but I think that's fair. He's got a good draw and everything is in his favour but I'd be a bit cautious if it became very soft.

Adam Ryan, assistant to Kevin Ryan, trainer of Throne Hall
He looks to have carried his form forward from last season and won well on his return but it was a muddling race at Thirsk last time. This lad is a lovely prospect and it's a big day for him here. 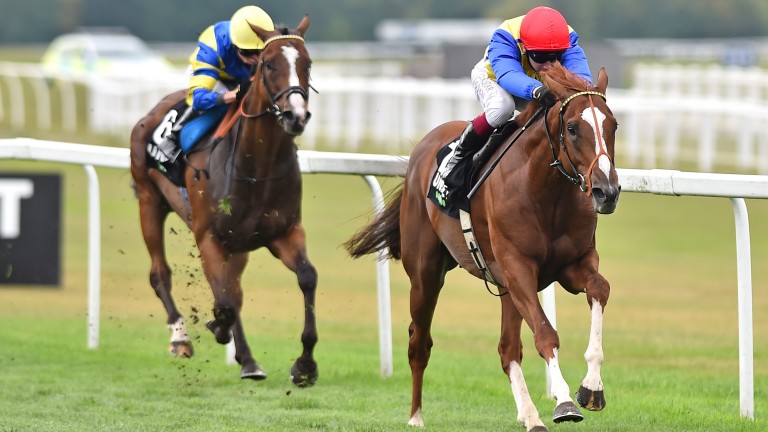 Stuart Williams, trainer of Rhythmic Intent
He's in good form and had a warm-up race on the all-weather two weeks ago. We've got Oisin [Murphy] on and I'm very much looking forward to seeing how he gets on.

John Gosden, co-trainer of Taqareer
He's run two good races in defeat this year and goes there in good shape in what is always a strong race. He has an each-way chance.

Jedd O'Keeffe, trainer of Strait Of Hormuz
The race he won at Doncaster last season was quite strong. He's done plenty of work, his preparation has gone extremely well and this has been the target for a long time. We think he's as fit as he was when he won a good race first time out at Haydock last season. It looks very competitive but he can run well.

Ed Crisford, co-trainer of Labeebb
I think he needed the run at Wolverhampton. He's having his second run now and seems in good form. The more galloping track will suit him a lot better. Hopefully he can run well.

Will Easterby, assistant to Tim Easterby, trainer of Mr Carpenter
He's a very nice horse and won twice at York last year for us. He ran well at Newcastle last time and it'll be interesting to see how he shapes in a deeper race with very little weight on his back.
Reporting by James Stevens

3.10 preview: Regally bred Noon Star bids to live up to her stellar pedigree in the Musidora

'It's a bit like Dettori - we both just needed people to place trust in us' Dascombe drought ends as Flaming Rib lands first win in a month Key to the Kingdom? Blinkers just the trick as colt produces runaway win 'He deserved that' - Nayef Road out from shadow of Stradivarius with Listed win 'I'd be happier if it was 1,000!' - Turner lands 900th British winner at York Roger Varian thinks Teona has more to offer but decent ground needed for Arc