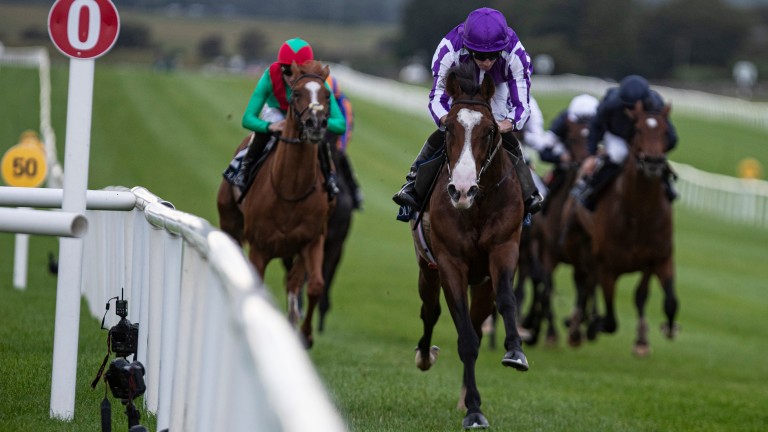 It was back in early April that Point Lonsdale's potential was first highlighted by Aidan O'Brien in the Racing Post's stable tour series and the long-range 2,000 Guineas and Derby favourite hasn't put a foot wrong since.

"He's doing everything right," O'Brien said at the time, adding: "He's a brother to Broome but is going to be earlier than him."

That prediction has proved on the money as the unbeaten Listed, Group 3 and Group 2 winner now chases a first win at the highest level.

This won't be a walk in the park for the odds-on favourite, taking on the second favourite for next year's 2,000 Guineas in Superlative Stakes scorer Native Trail, but he's the clear standout.

The form of his Chesham Stakes win over Reach For The Moon has obviously been well advertised all summer too. 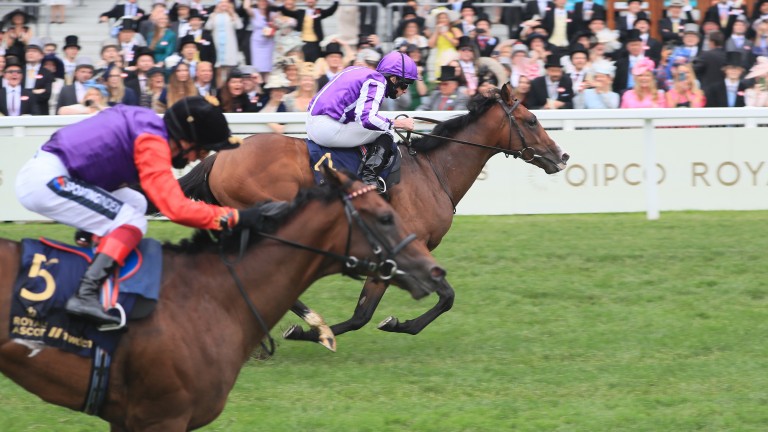 Point Lonsdale (far side): edges out Reach For The Moon in the Chesham at Royal Ascot
Mark Cranham

One word that consistently pops up when connections describe Point Lonsdale is straightforward and while he's clearly versatile in terms of tactics, this race could set up nicely for him to dominate from the front.

Charlie Appleby seeks a third win in the race in four years with Native Trail, rated 7lb inferior to Point Lonsdale but clearly open to improvement as an exciting and unexposed colt.

The experience he gained when last seen nine weeks ago in the Superlative Stakes puts him at an advantage over Duke De Sessa, though there have been few more impressive maiden winners this season than the twice-raced Dermot Weld-trained juvenile.

Great Max and Ultramarine have plenty of experience to call on but need to improve, while Anatoli, a Dundalk maiden winner on debut who has also won two barrier trials, takes a huge step up in class and could outrun his huge price.

Gutsy Keeneland Phoenix Stakes scorer Ebro River brings a bit of X factor to proceedings as the only Group 1 winner in the line-up, stepping up to 7f for the first time.

"He's in great nick and had almost gone a little lazy lately, so we were contemplating sending him for a gallop this weekend at Chelmsford," said trainer Hugo Palmer. 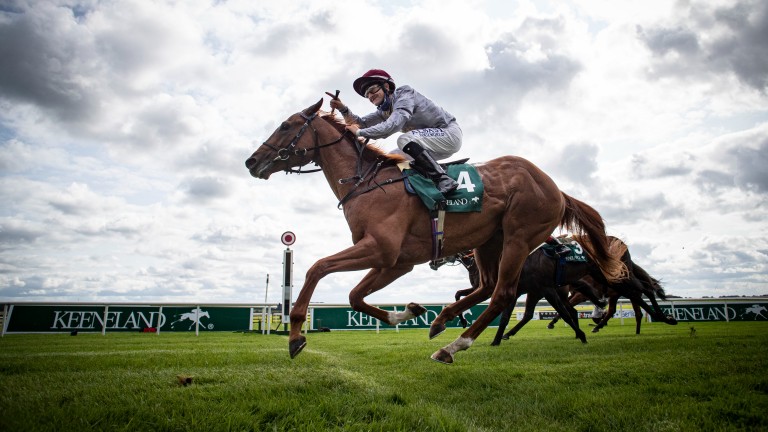 "Then we decided when there was going to be a relatively small field we'd take our chance for a share of €300,000 rather than stay at home."

He added: "I always thought he'd be a sprinter but we've got nothing to lose trying him over seven furlongs with a view to options later in the season.

"If he were taking on the same field as in the Phoenix Stakes over this trip, I'd be happy to think that he'd stay, but he's taking on stronger stayers here so we'll see what happens."

John Feane, trainer of Anatoli
He should enjoy a strong pace after winning without things going completely right for him at Dundalk. This is a big step up but I think he's quite talented. If he brings what he shows us to the track, he won't disgrace himself.

Dermot Weld, trainer of Duke De Sessa
He's a lovely colt who won his maiden nicely last time, but in Point Lonsdale he's taking on the best two-year-old in Europe, so we know how tough it's going to be for him. We do like him, though. 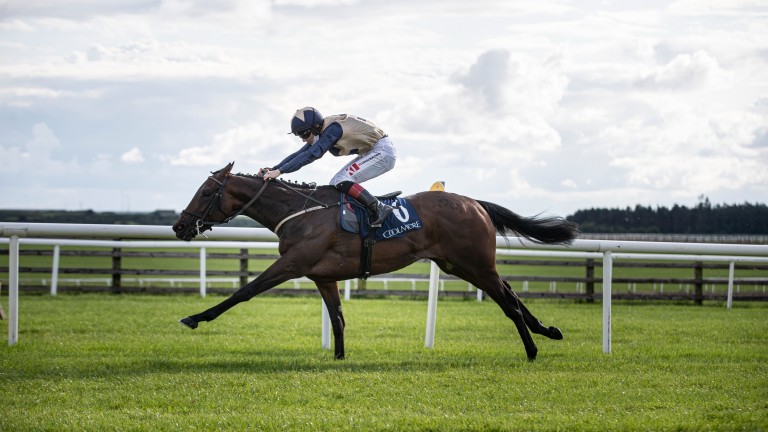 Michael Bell, trainer of Great Max
Things didn't go right for him in the Superlative, but he showed he's a talented horse in the Solario last time. It's going to be tough taking on a very strong field, but if you don't try you won't succeed.

Charlie Appleby, trainer of Native Trail
He's done well physically since winning the Superlative and it was always the plan to come straight here. He had a racecourse gallop on the July course a couple of weeks ago, which brought him forward, and we've been pleased with his preparation. It looks a competitive field but we're very happy with where we are.

Aidan O'Brien, trainer of Point Lonsdale
Everything has gone well since his last run in the Futurity. He's very straightforward and always has been at home.

Joseph O'Brien, trainer of Ultramarine
He's been very solid in his runs this year and hopefully he'll be able to pick up his share of the prize-money.

2.20 Curragh: Love faces serious opposition dropping down in grade for the Blandford Stakes

4.40 Curragh: Can Search For A Song land the hat-trick in the Irish St Leger at the Curragh?

FIRST PUBLISHED 6:00PM, SEP 11 2021
In Point Lonsdale he is taking on the best two-year-old in Europe so we know how tough it is going to be for him. We do like him, though

Progressive Masen a 'proper horse in the making' after Knockaire success 'Each time I came back to see him, I sort of liked him a bit more' 'He can make his class count' - Mark Boylan with three fancies for the Curragh Harrington, Mullins and O'Brien fire quality bullets at Amateur Riders Derby How to make it pay at the Showcase: Graeme Rodway on what to learn from the past Will go-to claiming rider Jordan Gainford strike another blow for the Irish?