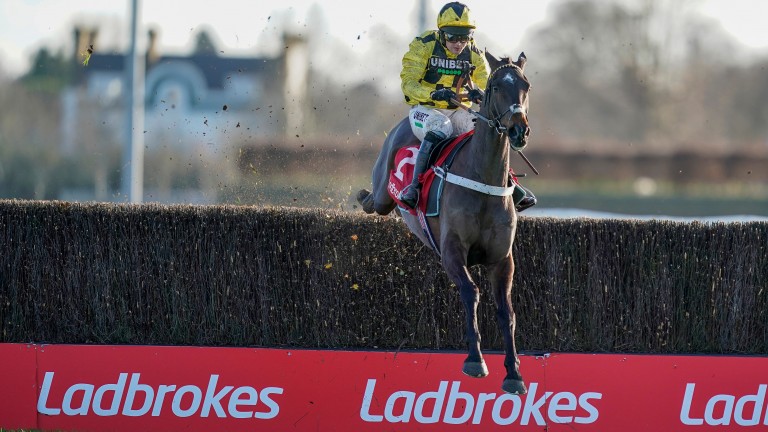 Shishkin: won both starts over fences at Kempton this season
Alan Crowhurst
1 of 1
By Graeme Rodway & Peter Scargill UPDATED 11:07AM, JAN 30 2021

The championship races at Cheltenham might have been dominated by the Irish in recent years, but the future champ resides in Britain according to Racing Post Ratings.

Forget Envoi Allen, who is rated a measly 165. Shishkin weighs in with a figure of 170 and he is the most exciting novice chaser on either side of the Irish Sea if that assessment is correct. So can he cement his position by landing this Grade 2 en route to the festival?

It should be a formality. Of all the novice chasers in Britain and Ireland since 2008, only Douvan equalled Shishkin’s figure of 170 after just two runs over fences and none of these rivals has got close to that rating. Cheddleton is the next best, running to 155 last time.

He receives 5lb from Shishkin, but that still gives the hottest prospect in town 10lb in hand and he has followed a similar path to his great stablemates Sprinter Sacre and Altior. They took the Wayward Lad, won by Shishkin at Kempton last time, in their novice season.

There is one note of caution regarding Shishkin and the Arkle. Since the first running of this race in 1979, no novice has done the Lightning and Arkle double. 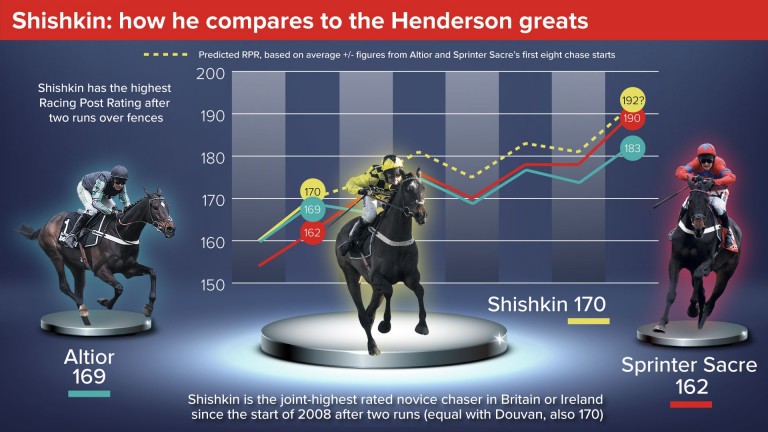 At this time last year Eldorado Allen was being talked up as a lively Champion Hurdle outsider, but that quickly proved pie in the sky after defeat in the Contenders at Sandown.

He has improved over fences this season, but is only a 2lb better chaser than hurdler on RPRs and may not be progressing judged on his fourth behind Allmankind at Sandown last time.

Eldorado Allen was a useful handicapper over hurdles and is likely to be the same in chases. Analysis by Graeme Rodway

Henderson: it's all about trying to get the job done

Plans for so many of Nicky Henderson’s big guns are seemingly in flux because of the weather, so the relative calm of selecting and targeting a race for Shishkin has offered some respite.

“At least we know we’re going to be racing,” Henderson said with more than a hint of relief. “He’s got to go through some pretty mucky ground, I suppose, but it’s like that everywhere at the moment – it’s either testing or abandoned, so it’s good to have somewhere to go.”

The Grade 2 Irish Thoroughbred Marketing Lightning Novices’ Chase provides the platform for Shishkin to smooth off any final rough edges before he heads to the Cheltenham Festival for the Sporting Life Arkle, albeit he has looked pretty pristine in his two chase wins.

“He’s got to go and the timing is right,” Henderson said. “He’s in good form and I just want one more run and a bit more experience for him before March.

“If all goes well I wouldn’t plan on running him again after this, it would be just what he needed to get him in the right place.”

The opportunity to see one of jump racing’s rising stars on Saturday, especially after the cancellation of Trials day at Cheltenham, is generating plenty of excitement, particularly with Shishkin already one of the hottest favourites for this year’s Cheltenham Festival.

However, for Henderson the anticipation of seeing Shishkin in action for owners Joe and Marie Donnelly is tempered by wanting everything to just go right and for plans to remain intact.

“At this stage with a horse like him it’s all about just trying to get the job done and hoping that it all works,” he said. “There are plenty of things that can go wrong, but he seems in very good form and well in himself. If we can just get through this then it would be nice.”

Joe Tizzard, assistant to Colin Tizzard, trainer of Eldorado Allen
He's a very good horse who will handle the soft ground. He was certainly one of ours that ran below par when he ran in the Henry VIII at the start of December but he seems really well at home and this has been the target for some time with Cheltenham in mind. 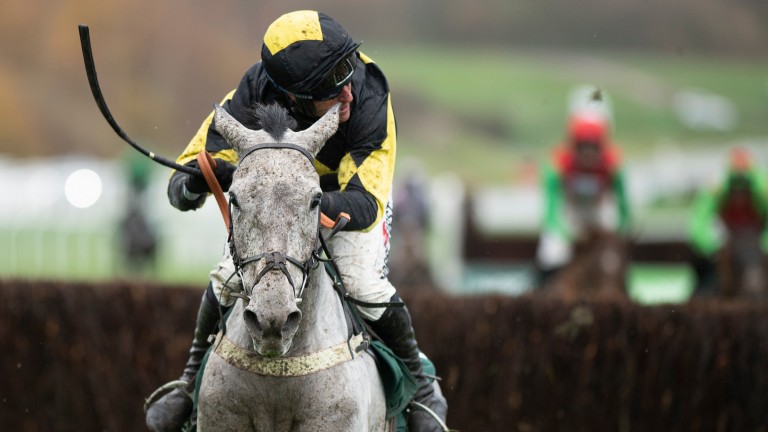 Eldorado Allen: one of the main dangers to Shishkin
Edward Whitaker (racingpost.com/photos)

Sean Quinlan, rider of Cheddleton
We thought Shishkin was possibly going for the Kingmaker at Warwick, but we decided to stand our ground and you can’t be afraid of one horse. We’ve got a lot to find, but he was good at Uttoxeter when he needed the run, and then was really impressive at Carlisle and Haydock. We’re not dreaming and if he put in a round of jumping and got close to Shishkin then I think we’d be pleased.

Paul Nicholls, trainer of Fast Buck
He's run two solid races and was second giving a lot of weight away last time. Shishkin will be hard to beat but our fellow needs some more experience over fences.

Members' Club: Irish expert David Jennings is sweet on a mare at a double-figure price

FIRST PUBLISHED 6:00PM, JAN 29 2021
He’s in good form and I just want one more run and a bit more experience for him before March

Horsemen's Group chairman hits back at stable staff criticism over fixture list Forgo the Flying Five in order to watch Snowfall? It can't ever happen again... John and Thady Gosden: 'It's no different to managing a top footballer' A privilege to be in Lambourn at the same time as this wonderful village icon 'It'll be a privilege' - Fitzgerald honoured to look after Altior in retirement 'Just you wait until the Supreme' - Altior a star from day one and I should know