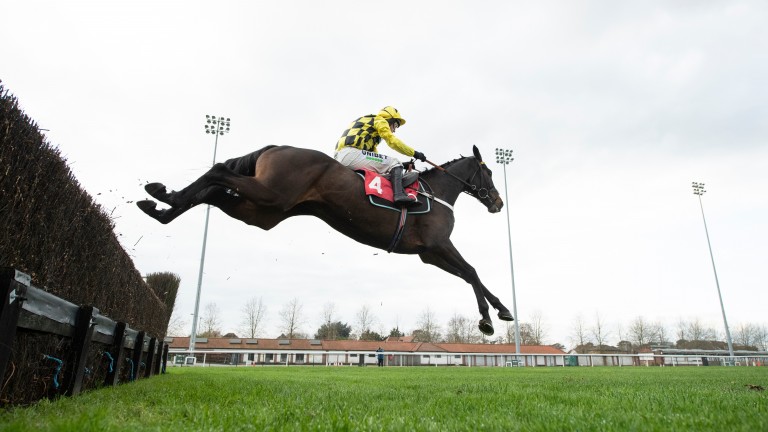 A flying leap at the second-last from Shishkin at Kempton on Monday
Edward Whitaker (racingpost.com/photos)
1 of 1
By Keith Melrose and Stuart Riley UPDATED 10:22AM, DEC 27 2020

The Wayward Lad struggles to attract a great depth of top runners. If it did it would be approaching justifiable Grade 1 status, given some of the winning performances in the race's short history.

This year has the best of both worlds, alongside the usual heavy caveat of a dearth of runners. Only three have been declared to take on Shishkin, but all of them could be winners in this grade with a fair wind.

Gumball would probably be a Grade 2 winner already had he not put down on Richard Johnson two out at Cheltenham. Racing Post Ratings put him on the same figure as winner Eldorado Allen, but that seems conservative. Gumball was 2-1 on in-running.

He has the style of racing to suit Kempton and is likely to ensure Shishkin does not have to make his own running. A good gallop will also suit Elusive Belle, who has good handicap form (fifth in the County) and cruised through a handicap at Newbury last time.

Tamaroc Du Mathan achieved quite easily the least of these over hurdles but has seemingly been transformed over fences, so easy was his win at Wincanton. He has to make similar strides again, but it would be no surprise if he winds up posting performances in the mid-150s this season. 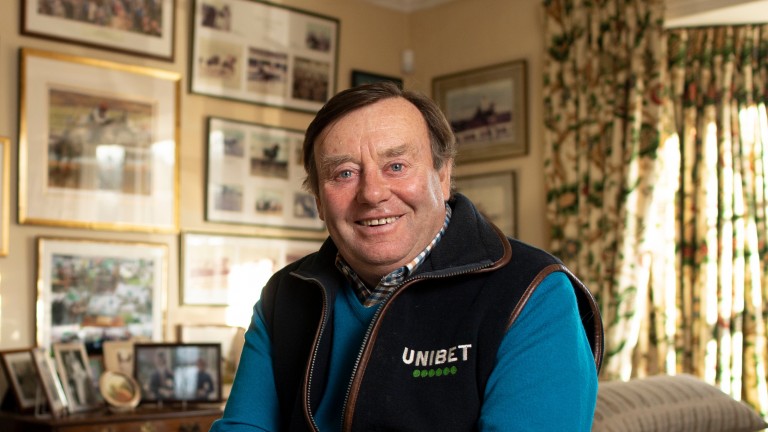 Of course, even that would not be enough to topple Shishkin. He is seen as the heir apparent to Altior at Nicky Henderson's yard and could not have been much more impressive on his chasing debut. A couple of fences were fiddled, but most were attacked and that is what suggests he will make it in this sphere.

Shishkin already looks set for the top and, with the possible exception of Allmankind, there is not a two-mile novice chaser in Britain who would be expected to lay a glove on him at this stage.
Keith Melrose, betting editor

Nicky Henderson, trainer of Shishkin and Elusive Belle
Shishkin is very well. He was very good there the other day and this is the next step for him. Elusive Belle is running due to a lack of opportunities, really. She's a good mare. She was very good last time at Newbury and could do with picking up some black type, but this is an altogether tougher proposition.

Philip Hobbs, trainer of Gumball
He's got Nicky Henderson's horse to beat, but he's in good form. I hope he can produce his best.

Paul Nicholls, trainer of Tamaroc Du Mathan
He won very well last time at Wincanton when he jumped brilliant and won with any amount in hand. That was off a mark of 131, so he's got to improve on that, but it would not surprise me if he did.
Reporting by Stuart Riley