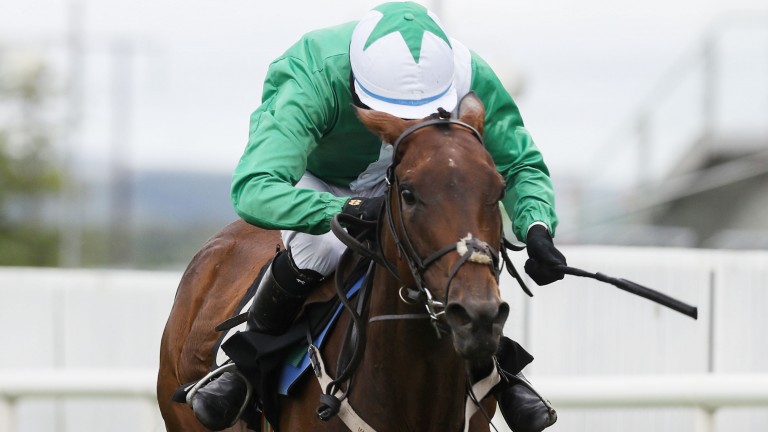 This looks a good opportunity for progressive mare Jazzaway to enhance her hurdles record to four wins from seven starts, being rated at least 7lb superior to all her rivals and in receipt of weight.

A sister to Champion Bumper winner Briar Hill and from the family of four-time Grade 1 victor Boston Bob, the Willie Mullins-trained six-year-old has seemingly been at her strongest late on the last twice, landing valuable Grade B handicap hurdles at the Punchestown and Galway festivals.

She's clearly versatile in terms of distance, with those wins coming over 2m½f and 2m7f, but possibly her biggest chance of coming undone here would be through a lack of pace in this seven-runner affair.

Her three wins over hurdles for the Whitegrass Racing Syndicate have come in fields of 19 (twice) and 24.

It is likely that proven stayer and fellow Galway festival winner Macgiloney will go forward, although he's looked more comfortable over further.

One-time Albert Bartlett favourite Holymacapony can also race handily, but he hasn't been seen since failing to fire in a Dublin Racing Festival Grade 1 won by Gaillard Du Mesnil, a rival he beat on his impressive hurdles debut at Punchestown last November.

Despite having something to find on ratings, last year's Ladbrokes Hurdle winner Thosedaysaregone could give Jazzaway most to think about, as he's clearly capable when bringing his A-game.

This doesn't look a straightforward task on ratings for Quirt Evans, but he comes here race-fit after a fruitful summer, while West Cork Wildway is worth a market check on his return from a break. The useful Dinny Lacey will be of more interest when he's back chasing.

David O'Brien, trainer of Quirt Evans
I thought he was a bit unlucky when he didn't have a fully clear run last time, but he still ran well. They went steady enough then, too, and it mightn't have been ideal. The conditions of this race probably don't suit him, but if the ground is right we'll let him take his chance. 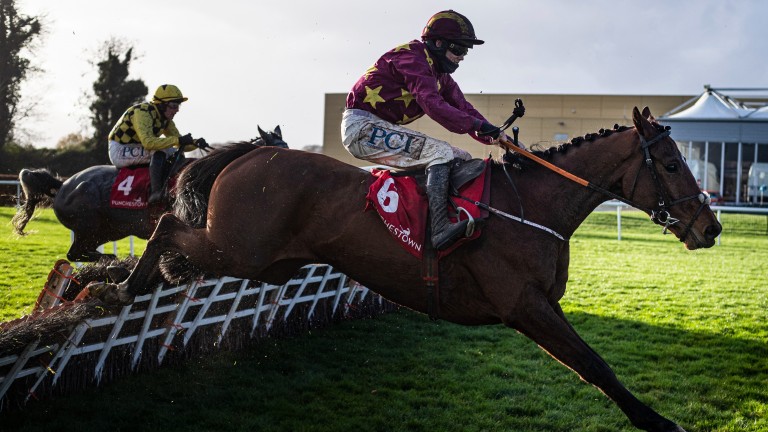 Holymacapony: favourite for the 2021 Albert Bartlett Novices' Hurdle before a couple of disappointing efforts
Patrick McCann

Henry de Bromhead, trainer of Holymacapony
He lost his form a bit in his last couple of runs of the season, but he seems well and hopefully he can get back to his old form. He looks great.

James Motherway, trainer of Dinny Lacey
He's a nice horse who's in good form but will probably strip fitter for his first run after a break. We're thinking about possibly the Kerry National or Munster National with him over the next while, stepping up in trip.

Denis Hogan, trainer of Macgiloney
We're a bit in the dark about his last run at Kilbeggan, but we'll put it down to the ground being a little slow for him. He looks to have a good chance on the ratings aside from how he meets Jazzaway.

Willie Mullins, trainer of Jazzaway
She's well in here and will go on the ground. The trip is perfect and she's a course winner. She's the one to beat.

FIRST PUBLISHED 3:14PM, SEP 6 2021
She's well in here and will go on the ground. The trip is perfect and she's a course winner