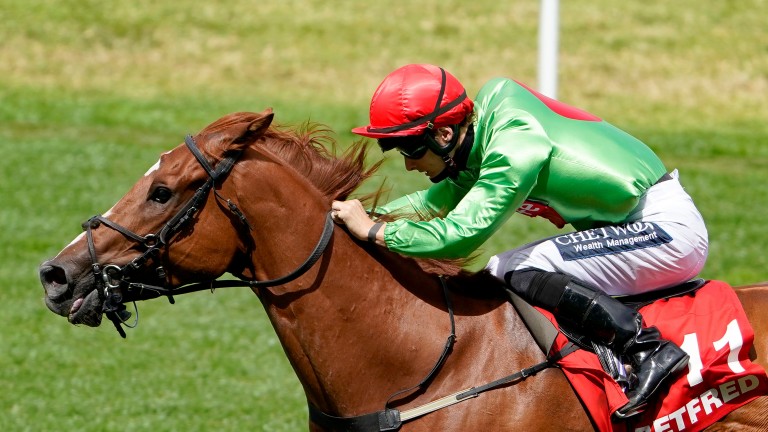 Tone The Barone: fancied to run well in the Shergar Cup opener
Alan Crowhurst
1 of 1
By James Stevens UPDATED 7:21AM, AUG 7 2021

Hayley Turner, the queen of the Shergar Cup, will no doubt be eager to make it a hat-trick of silver saddles and she has been handed a great opportunity for a perfect start by being paired with a course-and-distance winner on whom she has already been successful.

That mount is the Stuart Williams-trained Tone The Barone, whom she steered to a six-length victory at Chelmsford last February. He hasn't raced since finishing seventh on All-Weather Finals day in April but Turner rode a winner for Williams en route to being the leading jockey on this day in 2018 and the partnership has to be feared again.

Williams said: "He likes the track and he's won there before. He seems in great form at home and we're going there quite hopeful. Hayley has won on him before, so it's nice to have drawn her."

Tis Marvellous, who is poised to make his 11th start at the course for Clive Cox, is another who flourishes at Ascot.

The seven-year-old, who will be ridden by Kevin Stott, has won twice here, including in this race in 2018, and his worst placing is a sixth-place finish. That was at Group 1 level, however, when Caravaggio, Harry Angel and Blue Point filled the placings. 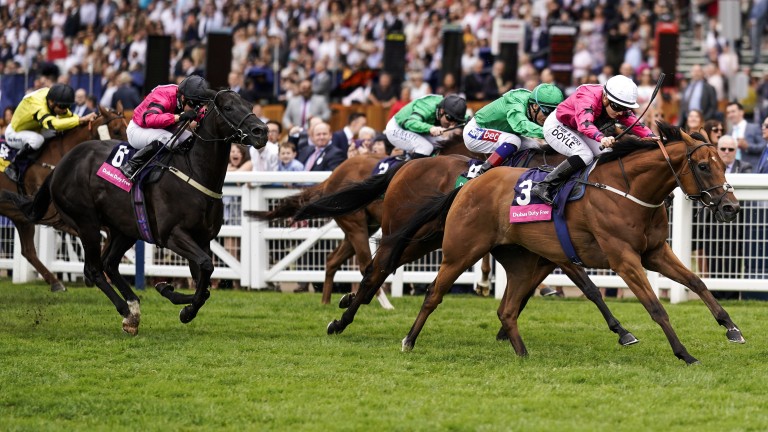 "He's a very happy course performer and saves his best for Ascot," said Cox. "He's won this in the past and continues to please with his whole approach and appetite for the job. He's versatile on ground and we've got Kevin Stott on board, which is good news."

Cox hopes first reserve First Edition can sneak into the race, with the son of Invincible Spirit still an unknown quantity as he steps down in grade from Listed level.

"He wouldn't want it too soft," the trainer said. "He was a very tidy performer at Sandown in his maiden last season and ran admirably in the Mill Reef. He's been gelded since his last start and, if it isn't too soft, he could pack a punch."

Adam Ryan, assistant to Kevin Ryan, trainer of Magical Spirit
He's down in trip but he's pretty versatile and any rain that comes will be ideal for him. We've got a very good jockey in Adam Kirby. He's a big positive, especially at Ascot.

Jane Chapple-Hyam, trainer of Aplomb
He skidded on the ground last time. We've got the old pro Joe Fanning, so I won't need to tell him what to do. He's got a chance, especially with rain in the forecast.

Mick Appleby, trainer of King Of Stars
I hope they don't get too much rain; if it went soft we wouldn't run. You can draw a line through his Goodwood run as the ground didn't suit him at all. He's been improving, so we'll see.

FIRST PUBLISHED 6:00PM, AUG 6 2021
He likes the track and he's won there before. He seems in great form at home and we're going there quite hopeful

Cesarewitch hero Buzz has his team dreaming of Stayers' Hurdle target 'We didn't lose faith' - Joe Tizzard relief as Lostintranslation bounces back Dan Skelton savours 'magic' milestone after 1,000th career winner at Ascot 'He's only nine' - Paul Nicholls plans spring comeback for Cyrname after wind op 'The horse who beat him has since run well - I'd like to think he'll go nicely' Tiger Roll plans up in the air despite entry for Ascot Grade 2 on Saturday