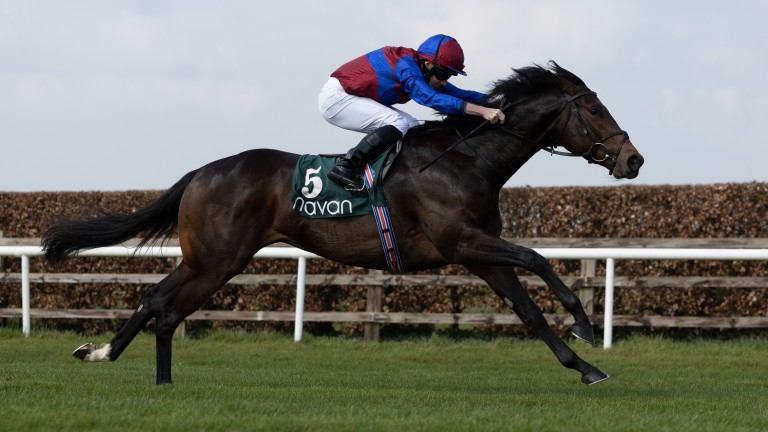 If you are on the lookout for Royal Ascot clues you will not be able to take your eyes off the action at Naas on Sunday where a whopping seven races will be shown live on RTÉ One.

It was not the biggest shock in the world to find out that Battaash's brother has bundles of pace and The Antarctic puts his soaring reputation on the line in the opening Coolmore Stud Calyx Race (1.45) over 5f.

Trained by Aidan O'Brien, The Antarctic is already favourite for the Norfolk and Windsor Castle at the royal meeting following his stylish winning debut at Tipperary, and he renews rivalry with Wodao, the colt he conquered there.

There was half a length between the pair on that occasion, but O'Brien feels there is more to come from the speedy son of Dark Angel.

O'Brien said of The Antarctic: "We were delighted with him at Tipperary. He was green there and should come forward plenty from it. He’s a fast horse and will only improve."

The Group 3 Goffs Lacken Stakes (3.45) was won 12 months ago by A Case Of You, who has subsequently landed the Prix de l'Abbaye and the Al Quoz Sprint at Meydan, and this year's race looks a corker with plenty of Commonwealth Cup clues on offer.

New York City is two from two this season and a general 14-1 shot for the Commonwealth Cup following a comfortable victory over the reopposing Straight Answer in the Listed Committed Stakes at Navan last month.

O'Brien said: "I thought New York City did it very well at Navan. You'd hope he could be one for the Commonwealth Cup and this will tell us where he fits in."

New York City faces a pair of speedy Ger Lyons-trained rivals in the shape of Straight Answer and the unbeaten Beauty Inspire, who makes his first start as a three-year-old having gone through his juvenile campaign unbeaten.

The presence of last year's Group 3 Cornwallis Stakes winner Twilight Jet, who went on to contest the Breeders' Cup Juvenile Turf Sprint at Del Mar, adds even more intrigue to a fascinating sprint.

The more experienced sprinters are in action in the Listed Sole Power Sprint Stakes (2.15), where the ultra-consistent Geocentric takes on Measure Of Magic, Logo Hunter and Make A Challenge. The last three know each other well having clashed on a number of occasions last season.

Jessica Harrington and Shane Foley team up for a whole host of fancied runners on the card, and perhaps their best chance of success comes in the shape of last year's Irish Cambridgeshire winner Bopedro, who lines up in the Listed Owenstown Stud Stakes (3.15) over 7f.

FIRST PUBLISHED 4:00PM, MAY 14 2022
We were delighted with him at Tipperary. He was green there and should come forward plenty from it. He’s a fast horse and will only improve

Who are the leading contenders for the French 1,000 and 2,000 Guineas? 'She's taken it all in her stride' - Cachet primed for rare Guineas double bid 'There'll be no excuses' - British trainers take aim at French 2,000 Guineas 'We think she's very smart' - find out who is excited about his unbeaten filly Philippe Coutinho out to score at Naas on Sunday as part-owner of 460,000gns buy