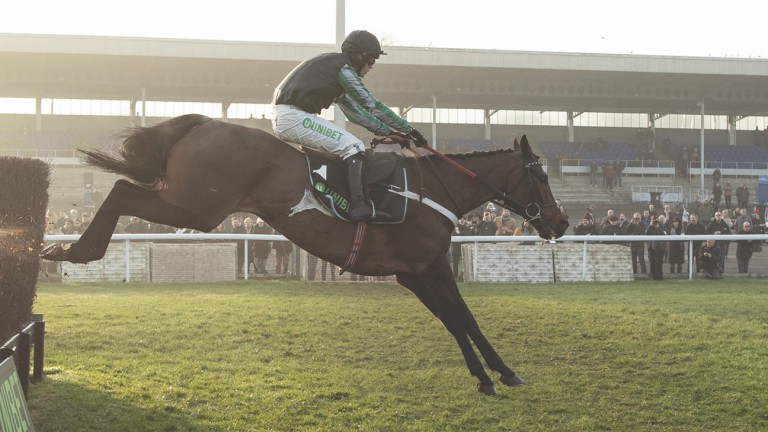 Altior has won his four starts at Kempton by a combined total of 113 lengths
Edward Whitaker (racingpost.com/photos)
1 of 1
By Lee Mottershead UPDATED 10:38AM, DEC 27 2020

If the weather forecast is correct, it is once again set to rain on Altior's parade, but Nicky Henderson is adamant any downpours will not stop him running jump racing's winning machine at a track where the superstar chaser has hitherto been untouchable.

Sparks flew when late on the eve of Sandown's Tingle Creek Chase, Henderson and owner Patricia Pugh decided not to run the quadruple Cheltenham Festival hero in the winter's most prestigious two-mile prize.

Testing conditions were the cause of Altior's absence, and although Kempton's ground could ease from Boxing Day's good to soft if Storm Bella intervenes, the champion trainer is adamant Altior will make his belated reappearance under Nico de Boinville in the Ladbrokes Desert Orchid Chase, a race the soon-to-be 11-year-old won two seasons ago. 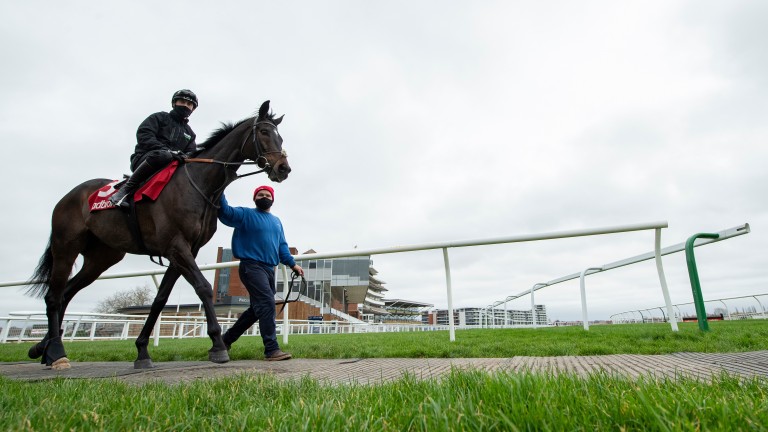 Altior (Nico de Boinville) is led on to the track by Robin Land for a gallop at Newbury last month
Edward Whitaker (racingpost.com/photos)

That victory maintained the unbeaten course record of a horse who has won 20 of his last 21 races, including four Kempton outings by a combined total of 113 lengths. He will surely be sent off odds-on to continue his invincibility at the track, although the opposition does include another former winner of the Arkle Trophy in Duc Des Genievres and Sceau Royal, who has performed with credit jumping hurdles this term but now returns to fences, over which he has been beaten by Altior on four occasions.

Add in Global Citizen and Rouge Vif, first and second last year in the Wayward Lad Novices' Chase, plus the extremely smart Nube Negra, and it becomes obvious the Desert Orchid should provide a meaningful examination of Altior.

"He is an extraordinary horse," said Henderson. "Everything has gone very well in the last few weeks and he's in good form – he's just got to go and do it now.

"He will run unless something goes wrong between now and the race – but it won't be because of the ground. That said, it's due to be foul. I could run him in the Sahara and it would rain beforehand. It seems to know wherever he's going and gets there first."

Ben Pauling, trainer of Global Citizen
We tried new tactics in the Haldon Gold Cup but they didn't work. Since then I've been keen to come straight here because we know he likes Kempton. We'll be keeping it very simple. He loves to go a good gallop and attack his fences, so we'll let him roll along. That should help to make this race a fabulous spectacle, which I think is what everyone wants at the moment.

Harry Whittington, trainer of Rouge Vif
He ran well in testing conditions in the Tingle Creek but we know he is better on better ground. I'm hoping Kempton doesn't get too much rain but it drains so well and the track suits him, as we've seen with him finishing second there the last two years. He has come out of the Tingle Creek in very good form and he's obviously very fit. 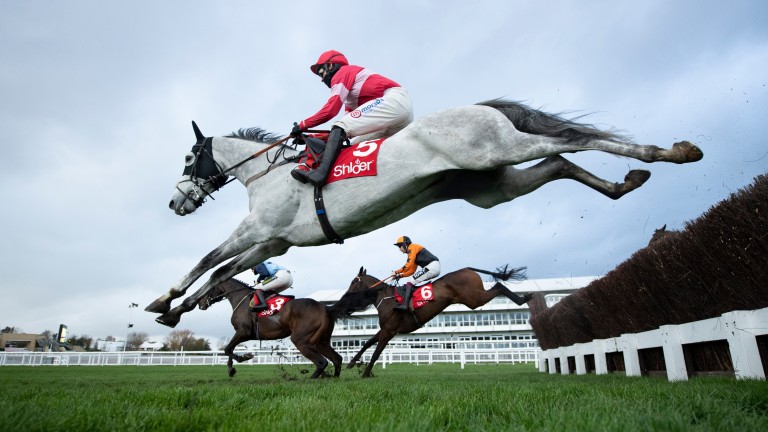 Paul Nicholls, trainer of Duc Des Genievres
He ran very well at Cheltenham on his first run for us when he got a bit tired after the last and he's improved from that. It's a tough race with Altior in there but the heavy rain that is forecast overnight will be a massive plus for him. I'm hoping it rains – and if it does he's got a great chance.

Dan Skelton, trainer of Nube Negra
It was always the plan to come straight here because we didn't think he would get the ground he likes in the Tingle Creek. He wants the best possible ground and Kempton is also going to suit him because he's a speed horse. This is obviously a big rise in class for him but he has done as much as he could possibly do at home and has had an away day as well.

Daryl Jacob, rider of Sceau Royal
He's run some cracking races behind Altior and this is the first time he's been getting 6lb from him. He definitely wouldn't want rain but if the ground stays unchanged I think he'll have a great chance. He schooled well over fences the other morning and is such a versatile horse.

FIRST PUBLISHED 6:00PM, DEC 26 2020
I could run him in the Sahara and it would rain beforehand. It seems to know wherever he's going and gets there first