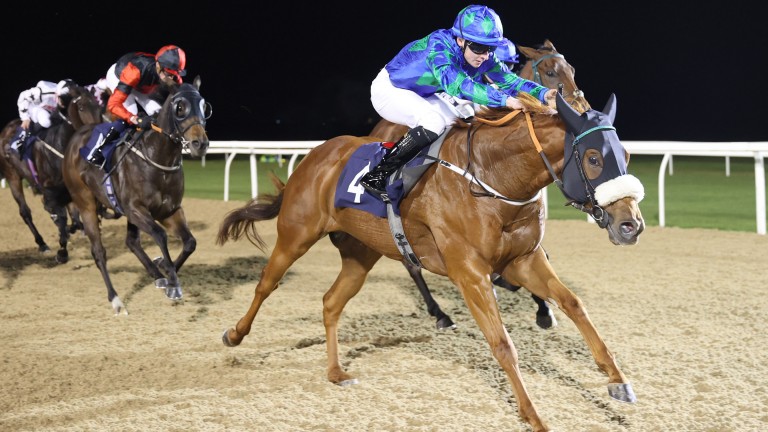 There are five course-and-distance winners in the line-up, including Captain Vallo, who landed an apprentice handicap here last Tuesday.

This progressive three-year-old is taking a big step up in class, but appears to be thriving for trainer Phillip Makin and escapes a penalty for his most recent success. He’s well suited by Newcastle’s stiff 6f – his form figures there read 21 – and with the prospect of further improvement to come he looks the one to beat off bottom weight.

Equiano Springs, the other last-time-out winner in the field, has generally kept stronger company this year. This five-time Newcastle scorer is off a 4lb lower mark than when registering his last success at the track and rates a serious player once again for Tom Tate.

Better was clearly expected of three-year-old Pagan when the 3-1 favourite could finish only 11th of 12 behind Bergerac in Class 3 company at York last month. William Haggas has reached for the cheekpieces and Pagan is 8lb higher than for his most recent win.

Desert Gulf finished two places in front of Pagan at York at 22-1, which may put their respective claims in context.

Fortamour goes well at Newcastle, but his two victories at the track have been achieved over seven furlongs.

Wentworth Falls is most effective at Doncaster, the scene of his latest victory in September, but he still looks competitive off a mark of 85 if effective on his course debut.
Race analysis by Richard Birch

Tom Tate, trainer of Equiano Springs
He won well at Newmarket last time and has been in good order. We’ve no great winter campaign in mind but he’s a course-and-distance winner and there’s no reason he shouldn’t run well. 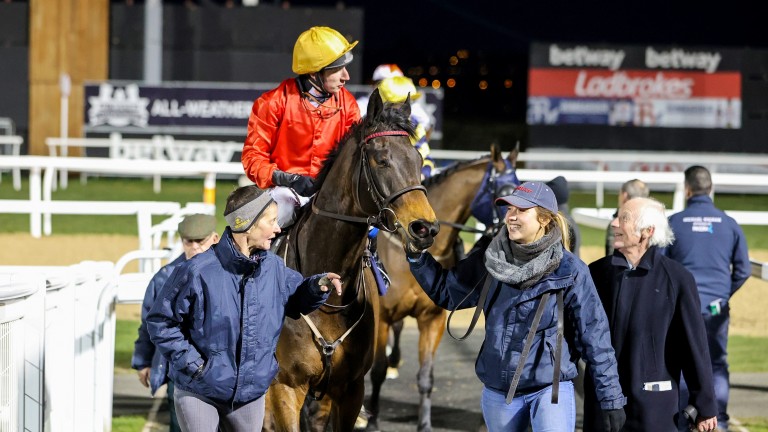 Equiano Springs: a previous course-and-distance winner who won on his last start at Newmarket
GROSSICK RACING

William Knight, trainer of Desert Gulf
He has a decent draw and will appreciate the stiff six furlongs. He likes fast ground on the turf but that's gone so we're trying the all-weather.

Saeed bin Suroor, trainer of City Walk
He’s been working nicely on the Limekilns and is ready to go. We are fitting him with a hood for the first time.

Tom Marquand, rider of Pagan
I don’t know what happened last time but if he returns to the form of his previous win at Brighton he’d go close. It’s his first go on the all-weather but there’s no reason why he won’t handle it.

Marco Botti, trainer of Silver Samurai
He’s dropping back to six furlongs but this stiff track should play to his strengths. He’s been consistent all year so there’s no reason why he can’t be bang there again and he goes well on the all-weather.

Chris Dwyer, trainer of Global Warning
He’s had a nice break and is ready to go. He’s a course-and-distance winner and hopefully this can kick off a decent winter for him.

Phillip Makin, trainer of Captain Vallo
He won well over course and distance a week ago and has no penalty as that was an apprentice race. He’s up in grade but seems to have come out of that in good shape so we’re giving this a go.
Reporting by David Milnes