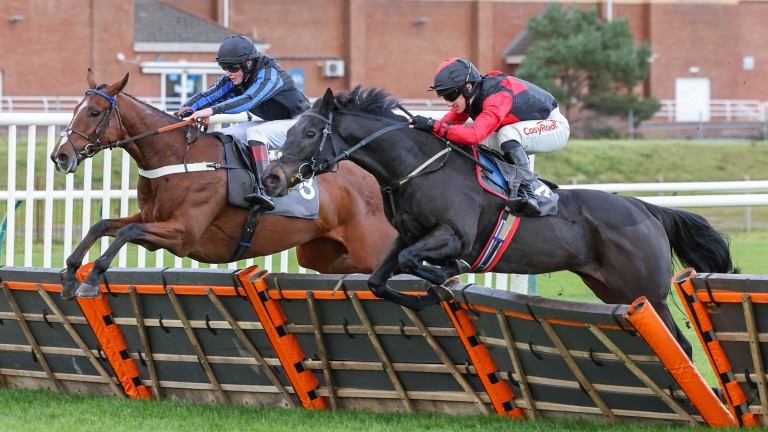 Killane (far side): up 4lb for Ayr victory over Flood Defence
John Grossick (racingpost.com/photos)
1 of 1
By Richard Birch and James Burn 6:00PM, NOV 29 2021

This is a complex puzzle featuring a couple of interesting recruits to handicaps and it could pay to wait for a mature betting market to form before making serious investments.

The Dan Skelton-trained four-year-old Global Protektor has qualified on a lowly mark of 81 following three down-the-field runs over shorter trips at Huntingdon (twice) and Stratford.

He was sent off 100-1 last month for the Stratford race, which was won by the now 133-rated Onemorefortheroad.

Unit Sixtyfour, runner-up in an Irish point-to-point before a £55,000 move to the Ben Pauling stable, has also been well beaten in three efforts in novice/maiden hurdles at Wetherby, Warwick and Chepstow.

It is entirely possible that an opening mark of just 85 could underrate him, and leading conditional Kevin Brogan rides.

Thundersockssundae started 8-13 favourite on his first start for Fergal O’Brien at Worcester recently.

The son of Yeats couldn’t get past Lamanver Bel Ami in receipt of 15lb and first-time cheekpieces are now fitted.

Killane has been raised only 4lb for a length-and-a-quarter success over Flood Defence at Ayr and should prove highly competitive again.

So should Midnight Callisto, now 6lb lower than when graduating to handicaps two starts ago. She launched her career with a smooth Fontwell bumper success and finished third in a Market Rasen mares’ Listed bumper behind Panic Attack.

Black Lightning, up 2lb for a short-head defeat of Antony at Fontwell, crucially knows how to win. He bids for a fourth career success.
Race analysis by Richard Birch

Danni O'Neill, trainer of Commander Miller
He's had a wind op, a tie forward, and is going really well. He's schooling nicely and I'm hoping he ticks all the boxes. I think you can put his last run down to his wind.

Fergal O'Brien, trainer of Thundersockssundae
There's definitely something to build on from his comeback run and I'm looking forward to running him. With all the horses from Martins Hill [former trainer Graeme McPherson's base] it's a case of getting to know them, but it was a good run back and he's entitled to come on from that. 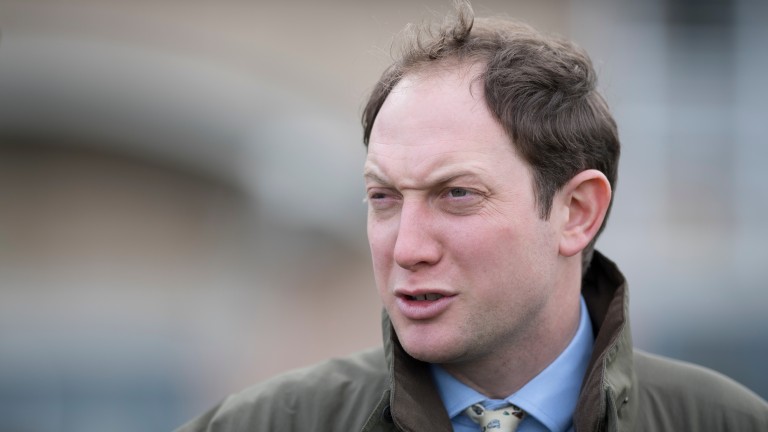 Ben Pauling, trainer of Unit Sixtyfour
Hopefully he's come on for his last outing. He's a big, good-looking, strong type and I'm hoping he improves a hell of a lot from that last run as he's been disappointing. He needs to turn up a different horse and he's just a gawky baby who has taken time to come to hand.

David Braithwaite, racing manager for The Horses Mouth Racing Club, owner of Killane
We're really looking forward to his first run for us. His prep for the race has all gone to plan and he's fit and well. However, it's a tough race with a lot of runners and there are some decent horses running.
Reporting by James Burn