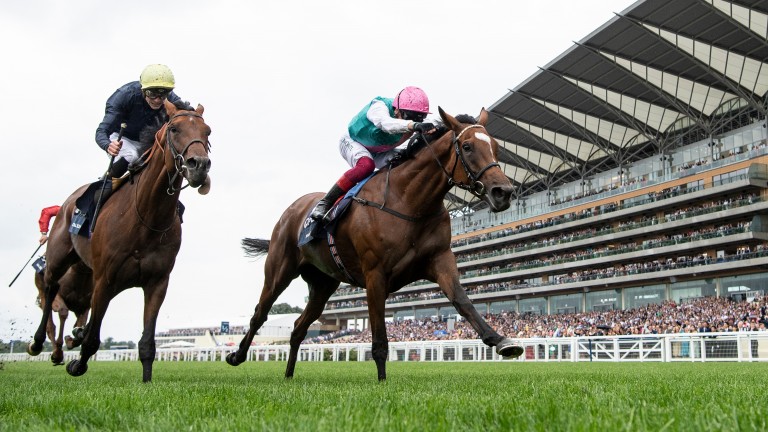 She has carried all before her in ten of her 12 career Group 1 assignments and has already ensured her place in racing folklore with two wins apiece in the Arc and the King George.

As Enable now attempts to add further lustre to that enviable record, her trainer John Gosden has the watchmaker's job of balancing the need to get her to reach a peak for the two days that matter most while recognising that at the age of six she is attempting to defy the march of time in a way that very few champions on the Flat are ever asked to. 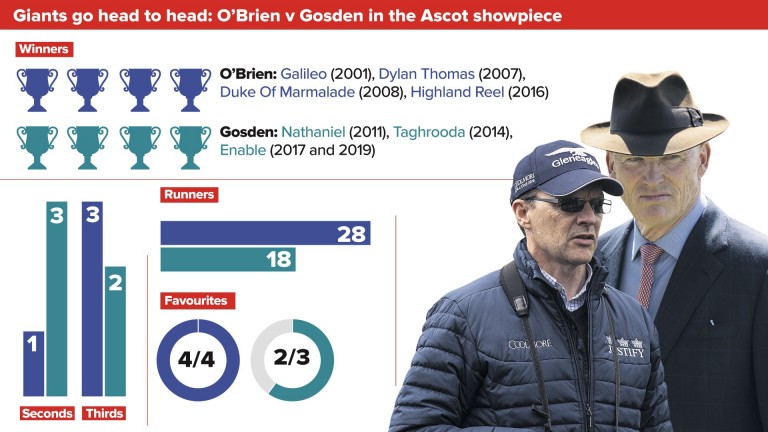 Enable arrives at Ascot off the back of a decent comeback second to a rampaging Ghaiyyath in the Eclipse, a race in which she had a head to spare over today's chief opposition in the shape of Japan.

"I did try to tell people very clearly beforehand that she was not at 100 per cent," said Gosden. "She tired in the last furlong but we were delighted with her run. I was very open with everybody that, being at the age she is now she found it difficult to get to race fitness; far more than ever before, even when she came back from injury as a four-year-old."

Gosden pulled off one of the most remarkable chapters of the Enable story when winning a second Prix de l'Arc de Triomphe off an injury-interrupted preparation in the autumn of 2018 and it is telling that he believes that preparing her physically now is a bigger challenge.

"She's always been mentally hardened but what's changed, with age, is her metabolism," said Gosden. "Consequently, she never gained that tightness of the muscle like she normally would, it took her a lot longer. She's a six-year-old racemare and not that wild, exuberant three-year-old race filly who could just do anything.

"I didn't want to push her hard for the Eclipse. She knows what she wants to do: she's very positive and a wonderful filly to train in that she is determined to do everything. So I just went with her. I wasn't going to start pushing her and telling her what to do."

Gosden said of her run-up to the King George: "The race has put her right and her work has been perfect on the Limekilns since. She's been working with just one other horse and I've let her lead a couple of works to just enjoy that for a change. She comes into this race in very good order."

It is notable that Gosden dwells so much on the different requirements of training the six-year-old Enable. But there is also a confidence that he has his star mare exactly where he wants her for this latest showdown with Japan, Anthony Van Dyck and Sovereign.

"I'm of the viewpoint that a Flat horse, if sound and healthy, reaches its zenith at five. I've seen that a lot, particularly in America where we tend to race them longer. I still see her at her peak, maybe not quite the peak, but she's trained beautifully for this."

Throughout the vast majority of her career, Enable's peak has been more than a match for her rivals.

O'Brien: Japan has really progressed and this was always his big early-season target

Aidan O'Brien made no secret of his delight at how Japan has improved from his excellent third to Ghaiyyath in the Coral-Eclipse, with last year's Juddmonte International Stakes hero reported to be firing on all cylinders before his rematch with Enable.

Just a head separated John Gosden's wondermare and Japan at Sandown, and O'Brien reiterated on Friday this weekend's Ascot highlight has long been Japan's primary objective for the first half of the season.

"It's a very small but select field," said O'Brien, who rubbished any innuendo of team tactics playing a part in the four-runner affair.

"Racing is all about competitive races, that's what everyone wants to see. We always had it in our mind that this would be Japan's first early-season big target." 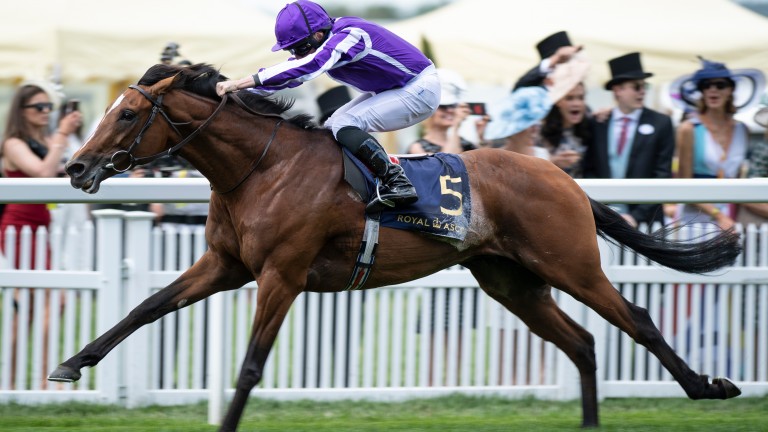 Aidan O'Brien on Japan: "Everything about his first two runs this year were going to the King George"
Edward Whitaker

He added of last year's Arc fourth: "We're very happy with Japan. Everything about his first two runs this year were going to the King George.

"He just got upset in the stalls and missed the break in the Prince of Wales's. The race just didn't suit the way it happened for him and he got a little bit tired, but we were still happy with him.

"We were delighted with him at Sandown, he ran a great race in the Eclipse and we felt he was going to progress big time for it.

"Everything about his work since has been very good. At home he seems to have really progressed."

O'Brien had hoped to launch a three-pronged attack on the King George, in which he will bid to record his fifth success this year, but Anthony Van Dyck was declared a late non-runner on Friday night. 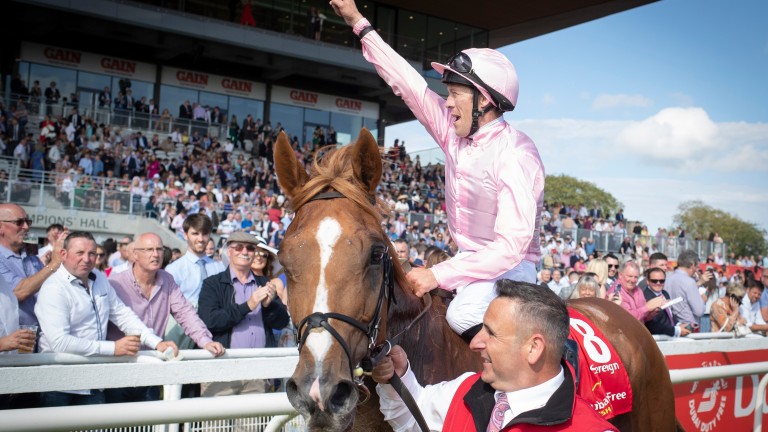 Last season's Irish Derby winner Sovereign now completes O'Brien's challenge, and the trainer said: "It's his second run of the season and we were very happy with him in the Vintage Crop Stakes. He's come forward lovely."

How Aidan O'Brien has faced up to Sea The Stars, Frankel and Stradivarius

FIRST PUBLISHED 6:00PM, JUL 24 2020
I still see her at her peak, maybe not quite the peak, but she's trained beautifully for this

More sedate Arc route should help - but peak Enable wouldn't be changing course How did she do it before? Looking back on Enable's previous Arc preparations 'All about the Arc' as John Gosden explains decision to bypass York with Enable Cognac celebration for Mark Johnston as fast pace pays off It's still her favourite day! There's no Shergar Cup but Turner dazzles again Raising the bar: why the stewards need to ask more questions of beaten runners