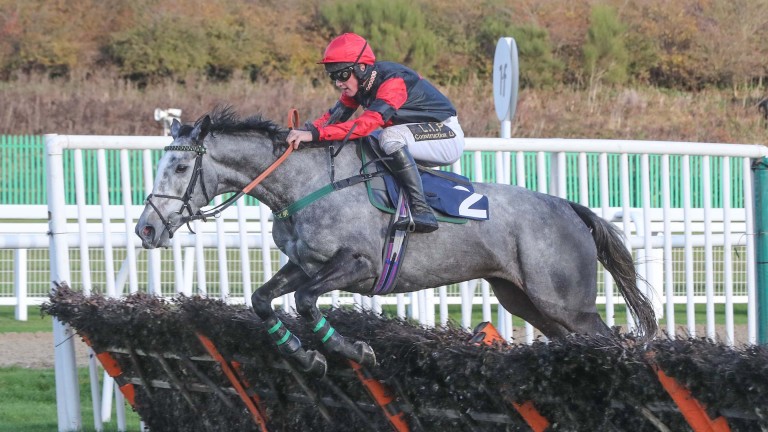 Trainer Philip Kirby is renowned for his handling of the prolific and hugely popular Lady Buttons and he has another mare who seems to be going places in Desaray Girl, who must give 5lb to all of her rivals.

That won't be easy on official figures, but it would be unwise to underestimate a mare on a roll and the four-timer-seeking Desaray Girl has already defied market expectations for two of her three wins.

Having shown precious little in three bumpers, she won unchallenged at odds of 20-1 in a mares' maiden hurdle at Newcastle in November and then followed up at 25-1 when pitched straight into Listed company at Haydock the following month.

She was only 1-8 when completing the hat-trick in modest company at Sedgefield last month and this will surely be tougher for the only mare of the seven with an entry in the Close Brothers Hurdle at Cheltenham next month.

Chief among her rivals on ratings and the likely favourite is Deja Vue, a dual winner over 2m in bottomless ground at Ffos Las in November and December who bounced back from a poor run at Taunton with a game third over 3m at Haydock last month. She led from the outset and was only pegged back in the final half-furlong that day, and this drop back to 2m3f may well prove perfect. 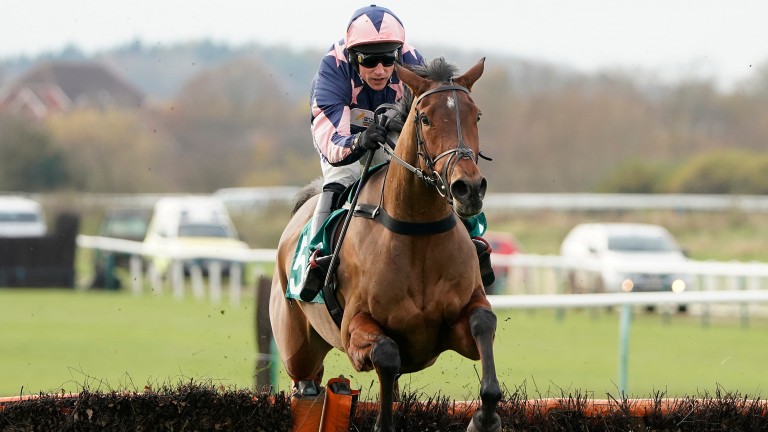 Emmas Joy: has a fine record at Warwick
Alan Crowhurst

Wide-margin last-time-out winners Vienna Court and Emmas Joy have similar claims on the book in a tight heat, while Venetia Williams fields the big unknown quantity in the shape of Fontaine Collonges.

She won the third of her French bumpers in May and then took another one for her new yard last month. That form is not strong, but Fontaine Collonges is out of a sister to Grand National winner Neptune Collonges so will definitely get the trip, and it's unusual for Williams to pitch a horse into this grade without any hurdles experience.
Race analysis by Paul Kealy

This race, which was first run in 2013 and was transferred from last Friday's abandoned card at Sandown, has proved profitable for mares who are bidding to defy a 5lb penalty as they have scored in two of the last three years. Desaray Girl is only the fourth mare to attempt such a weight concession in the race's short history.

Philip Kirby, trainer of Desaray Girl and Rayna's World
Desaray Girl has always been a nice horse and I thought she would win a bumper but it just never clicked. She is in very good order and is ready to go. She's a big strong filly to carry the weight and the trip, ground and track will be fine – everything is there to say she'll run a good race. Whether she is quite good enough we'll find out. Rayna's World is quite talented and she's gone up 10lb without running. I don't want to lose her novice status before the end of the year just for the sake of it so I'm throwing her in deep and if she gets some black type, brilliant. If not, she'll still be a novice next season. I just didn't want to win an ordinary novice with her at this time of the year.

Anthony Honeyball, trainer of Deja Vue
She missed the final hurdle the last time and that took away her chance, but she stayed all the way to the line over three miles. This trip on heavy ground will be fine, she handles it well and has a good attitude. She's relentless and seems to be going there in good form, so I'm hopeful she'll go close.

Tom Messenger, assistant to Dan Skelton, trainer of Emmas Joy
She has good form around the track and the race she was second in there has worked out well. She was impressive last time at Wetherby and it seems a nice opportunity to run in a mares' Graded race around a track she likes.
Reporting by Scott Burton

FIRST PUBLISHED 6:00PM, FEB 20 2020
She's a relentless galloper and she seems to be going there in good form so I'm hopeful she'll go close