It's all relative! Trainer to saddle three siblings at Goodwood on Saturday 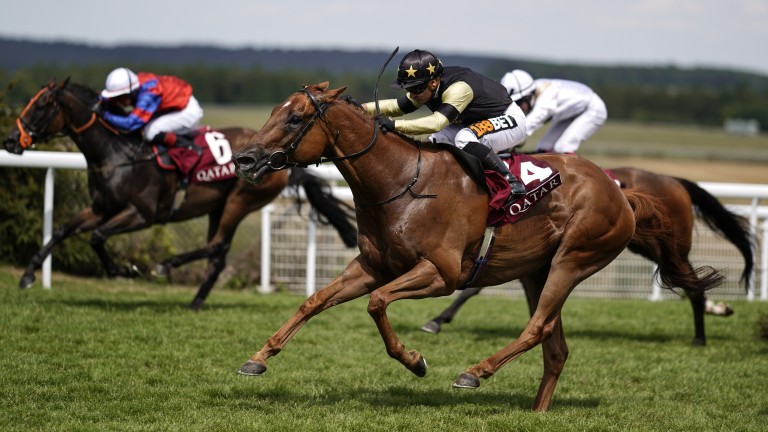 Tommy G (black and yellow) won the Stewards' Sprint Handicap in 2018 and has two younger half-brothers in the field this time
Alan Crowhurst
1 of 1
By David Carr 2:00PM, JUL 31 2020

Jim Goldie is full of hope his family outing with a difference will pay off once again on Saturday.

The Glasgow trainer has made the 460-mile trek down to Goodwood for much more than just the summer sunshine in recent years.

His useful Tommy G has finished second, first and then third in the last three runnings of the Unibet Stewards' Sprint Handicap, the consolation race for horses who miss the cut for the Stewards' Cup.

Primo's Comet was just a place behind his half-brother in fourth last year and 12 months on the pair are joined on the long haul to West Sussex by Call Me Ginger, another out of the same dam.

It is a family that means a lot to Goldie, who said: "I trained their granddam, though not very successfully as she didn't have the best legs in the world.

"I put her in foal and she's produced an Ayr Silver Cup winner in Geojimali, three other winners and the mother of these three – she's one of these maidens who keep giving and giving." 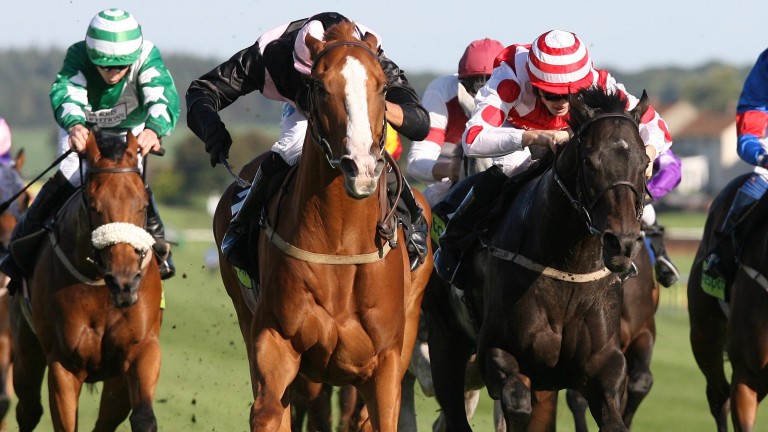 Silvestre de Sousa rides Tommy G, who is 6lb lower in the handicap than when the pair teamed up last year, while Paddy Mathers partners Primo's Comet and Kevin Stott is on Call Me Ginger.

"I think we've got three good chances," Goldie said. "The draw is a key factor at Goodwood but when you have three you have three chances from different draws. I could see them all troubling the judge

"Silvestre said last year that if you get Tommy G down two pounds he'll win it next year. We've achieved that and he seems in good form, he ran a good race at Ayr where he got beaten by a well handicapped horse in Prompting.

He does save his best for this particular race. Primo's Comet didn't get any luck at Pontefract last time, he got bumped early on.

"Those two are exposed but have Goodwood form. Call Me Ginger ran okay at Hamilton but I have a notion he'll do better here as the hill is not quite as steep."

Pressed to nominate which of the trio may have the best chance of repaying the travel expenses, Goldie said: "I put the first colours on Tommy G but I expect some day that Call Me Ginger might have a pop at the Ayr Gold Cup so if he's going to be a Gold Cup horse he'd need to win this.

"He's entitled to progress and if he handles the track and gets luck in running he should win. That would be my opinion."

Watch: Cheltenham Trials day show with top tipsters Tom Segal and Paul Kealy Three horses who might be inconvenienced by the ground at Cheltenham on Saturday Listen: Cheltenham and Doncaster | ITV Racing tips | Racing Postcast 'I hate being made a fuss of' - why Twiston-Davies couldn't enjoy Gold Cup glory Watch: 'He is a huge horse!' - Hillcrest's trainer Henry Daly on What A Shout Bet365 founder Denise Coates tops UK taxpayer list with £482m paid to exchequer