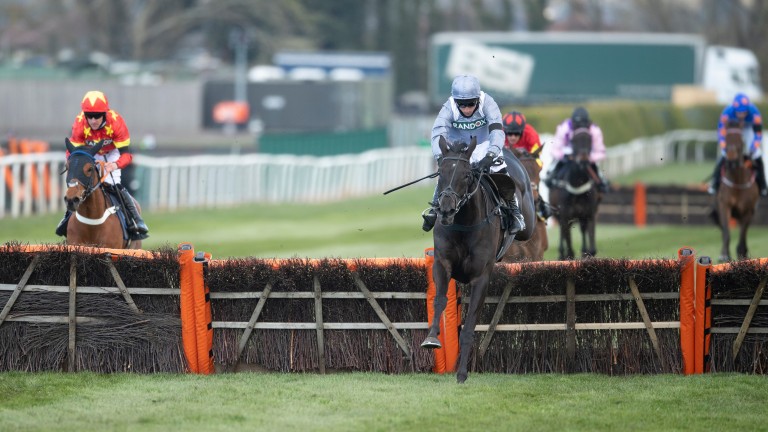 My Drogo: made a huge impression over hurdles and now switches to novice chasing
Edward Whitaker (racingpost.com/photos)
1 of 1
By Scott Burton UPDATED 1:57PM, NOV 12 2021

While there has been a lot said and written about the lack of suitable contenders in Britain to populate this race, the chase debut of a Grade 1-winning hurdler with a Racing Post Rating of 156 is certainly something to look forward to.

My Drogo is just such a horse and for the Skelton team, he must be the horse above every other in the yard who carries huge hopes for this season and beyond.

The imposing son of Milan has come a long way since finishing runner-up here in a bumper last October, with a smooth first hurdles success quickly superseded by Grade 2 victory at Ascot before Christmas.

Mindful that My Drogo's future lay over fences, Dan Skelton opted to skip the cauldron of Cheltenham last spring, instead making the most of an easier opportunity in a Grade 2 at Kelso in March.

That victory was achieved by nine and a half lengths and he had the same margin of superiority in the Grade 1 Mersey Novices' Hurdle over 2m4f at Aintree on his final start of the campaign, with good yardsticks strewn across Liverpool in behind.

"I'm really looking forward to running My Drogo," said Skelton. "He's jumped nicely at home and he was always going there.

"It's disappointing there's only two runners for everybody – the racecourse included – but it is what it is and we've got to get started.

"I'm really looking forward to him going there, and once we've got this out of the way we can make plans for the rest of the year." 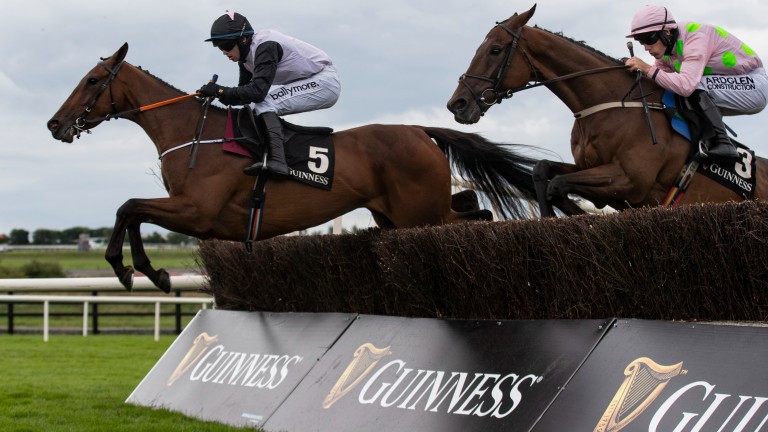 Gin On Lime (left): will be no pushover for My Drogo
Patrick McCann

At least some of the potential outcry over such numerically weak opposition must be tempered by the fact My Drogo's sole rival is the progressive mare Gin On Lime, who represents the all-conquering Henry de Bromhead stable.

Since breaking her chase duck at Killarney in May, Gin On Lime has racked up an impressive sequence, and arrives with a very similar profile to Put The Kettle On, who beat three more fancied rivals in a novice chase at this meeting two years ago.

"She's been great for us and won nicely at Tipperary last time," said De Bromhead. "It's going to be her last run before she has a break so we just said we'd have a go and see how we get on.

"Our mare is in good form and we can only take on what's declared."

Skelton would have settled for a larger single-figure field over a match, but neither he nor brother Harry will be in a hurry to underestimate Gin On Lime.

Win the ultimate Cheltenham Festival experience in the Racing Post Christmas Countdown. You and three friends could travel to the festival in style with helicopter transfers from your hotel. Simply place a bet on the Racing Post app this Friday to be entered into the prize draw, plus there are weekly prizes to be won. Find out the full details here

FIRST PUBLISHED 6:00PM, NOV 11 2021
It's disappointing there's only two runners for everybody – the racecourse included – but it is what it is and we've got to get started

'It won't have any negative impact'- bookies unfazed by short-priced favourites Bring it on: Champion Chase favourites don't scare Dan Skelton with Nube Negra British racing needs a complete rethink if it is to make up lost ground 'I'm absolutely convinced he has at least a stone in hand of his mark' 'He's improved since Ascot' - German Champion Bumper hope set for Lingfield test Edwardstone team up for the fight but few follow suit as British entries plummet