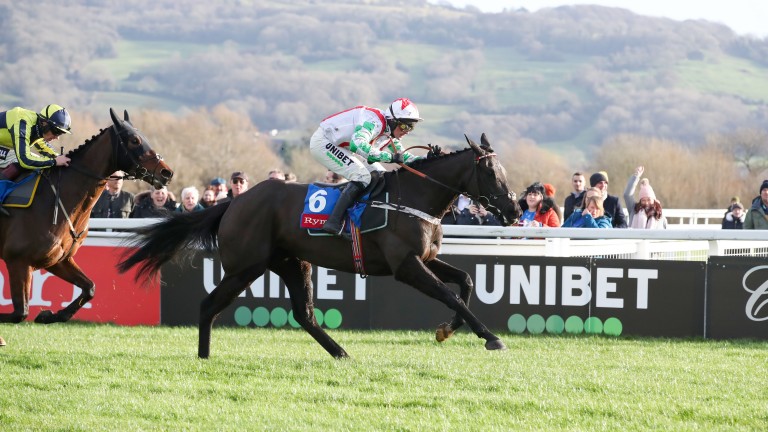 Mister Fisher: lines up for the Peterborough rather than the Caspian Caviar
John Grossick (racingpost.com/photos)
1 of 1
By David Carr UPDATED 7:38PM, DEC 10 2020

The target may have moved around 100 miles to the west this year but it takes more than that to make Nicky Henderson miss.

The champion trainer is invariably the man to beat in the Peterborough Chase, which he has won in four of the last seven years and seven times overall.

And the flooding which has forced this transfer from Cambridgeshire to Cheltenham has not put him off the scent – far from it, as he has two huge contenders as he bids to match Henrietta Knight's record of eight wins in the Grade 2 contest.

Top Notch is responsible for half of his trainer's recent Peterborough successes, having won the race at Huntingdon last year and in 2017, when it was staged at Taunton after snow forced a switch.

His previous second places in the Triumph Hurdle and JLT Novices' Chase, not to mention a fifth in the Champion Hurdle, show he is effective at Cheltenham and the nine-year-old has had a wind operation to prepare him for the seventh season of a career in which he has won 16 times and earned more than £470,000.

No wonder Daryl Jacob's mount is described as "a real friend" by Henderson, who said: "He's won this twice and it doesn't matter if it's Huntingdon, Taunton or anywhere, he loves it all. He's Mr Enthusiastic and Mr Consistency.

"He's had a minor wind operation this autumn as Daryl felt there was something catching – it was more precautionary than anything else."

Henderson has never hidden the regard he has for Mister Fisher, who was the first British horse home when finishing fourth behind Samcro in the Marsh Novices' Chase here in March.

He blamed the testing ground when the chaser was pulled up in the Paddy Power Gold Cup at Cheltenham last month, and said: "I hope there's no rain, that's vital.

"It was entirely the ground first time out and that's why I want to run here rather than in the Caspian Caviar [on Saturday] as I daren't wait another 24 hours.

"This is a nice race for him and it was always on the map. He's a good horse."

Venetia Williams bids for a first Peterborough Chase with Fanion D'Estruval, who steps up in class after finishing second to Magic Saint in a handicap here in November.

But that does not faze jockey Charlie Deutsch, who said: "He feels like a Graded horse and I wouldn't be put off at all.

"He did nothing wrong at Cheltenham last time and, although he pecked on landing over the last, he ran a great race. I hope he can put up the same performance and I'd like to think he'll be very close at the end."

This will be Fanion D'Estruval 's first try at 2m4f, but Deutsch said: "I don't think the longer trip will bother him, he's not too keen-going and he'll get it. He's a nice horse and can handle both trips."

Tom George, trainer of Bun Doran & Clondaw Castle
It's a step up in trip for Bun Doran so we're going into unknown territory, but we'll give it a go as we know he goes well at the track. Clondaw Castle is progressing all the time and won well at Newbury last time. This is the next step up the ladder. 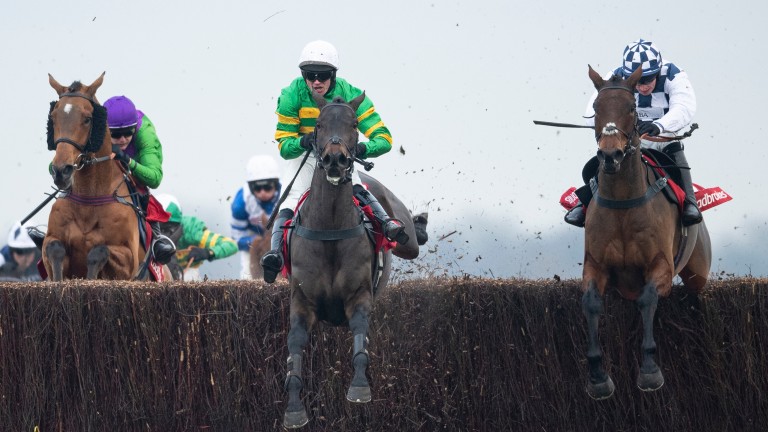 Paul Nicholls, trainer of Dolos
If he gets the trip he'll go well. He's never actually won over two and a half miles, but I've always thought he wanted a trip. The weights suit him and he ran very well last time off his mark.

Mick Channon, trainer of Glen Forsa
He didn't run very well first time, but seems to have come to himself. He's in good form.

Amy Murphy, trainer of Kalashnikov
He's in good shape. I was really pleased with his comeback effort at Haydock, where he got tired late on and probably didn’t stay the trip on that ground. The Peterborough Chase wasn’t Plan A, but now it is being run on a left-handed track it made sense to go as he is much better going this way round.

FIRST PUBLISHED 6:00PM, DEC 10 2020
He's won this twice and it doesn't matter if it's Huntingdon, Taunton or anywhere, he loves it all

Just Champion: Milkwood triumph worth the lengthy journey for Mulholland Sir Michael Oswald dies at 86 after half-century of racing service to the Queen Drama after final fence as 1-6 favourite Shantou Flyer unseats rider 'She was fifth in a deplorable maiden, Henry - you're talking utter nonsense' 'I always feel I've stuff to prove' - a day with Brian Hughes and Harry Skelton 'It's David and Goliath' - McCain says Skelton's firepower too much for Hughes