'He’s in serious order' - can challenger see off Elliott's seven in Troytown? 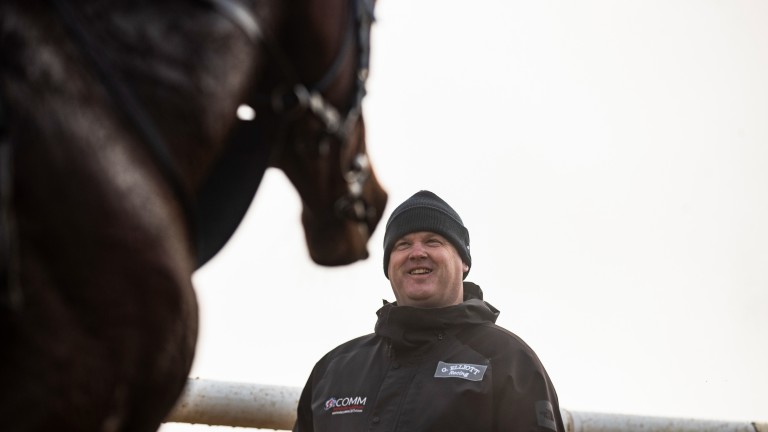 The Troytown is the flagship race of the season at Navan and, on a day when the racecourse celebrates its 100th birthday, the track's biggest supporter Gordon Elliott has prepared a seven-strong team.

Asked to nominate the best of his team, Elliott put forward Run Wild Fred, Farclas and Definite Plan, all of whom will be adept on the ground.

We may be slipping knee-deep into winter racing but it isn't uncommon for the Troytown to be run on good ground, as was the case when this year's topweight Tout Est Permis won in 2018.

Elliott won this race four times on the trot between 2014 and 2017 and his Farclas and Run Wild Fred are definitely the class angles in the race.

Farclas, a former Triumph Hurdle winner, has run well in a host of good staying handicap chases, including when fifth in the Grand National last season. So, too, has Run Wild Fred, second in last season's Irish Grand National and amazingly still a novice over fences.

Jack Foley's 5lb claim will be a big help to Farclas, while Run Wild Fred is the choice of Davy Russell, which speaks volumes.

Willie Mullins last won the Troytown in 2009 with Beroni and relies solely on Lord Royal to end the drought but, ironically, it is the dry weather which has stalled the champion jumps trainer in unleashing his better horses this season.

Lord Royal has some strong novice form and commands respect, while Mister Fogpatches, trained by Pat Fahy, who won the race in 1994 with Nuaffe, will relish the ground.

Jessica Harrington's Discordantly, who runs well fresh, is also interesting off a 4lb lower mark than he carried to finish fourth in the race a year ago.

Gordon Elliott, trainer of Farclas, Run Wild Fred, Defi Bleu, Definite Plan, Mortal, Smoking Gun and Soldier At War
We have a strong hand in the Troytown and it's a race we like to target every year. If you were to ask me to pick out just two or three of our seven to side with, I suppose the obvious ones to pick would definitely be Run Wild Fred, Definite Plan and Farclas. The ground will suit Farclas and Definite Plan, while Run Wild Fred is a classy horse having finished second in the Irish Grand National last season. I think there is a big day in Defi Bleu. Mortal, Smoking Gun and Soldier At War have each-way chances.

Frank Berry, racing manager to JP McManus, owner of Top Moon and Uisce Beatha
Top Moon ran a cracker in the Munster National and has been knocking on the door in all of these big races, so hopefully he can win one of them. He won’t mind the ground. Uisce Beatha has been a very lucky horse for us and he won’t mind the ground. Padraig [Roche, trainer] says he’s in very good form, so we’re hoping for the best.

Jessica Harrington, trainer of Discordantly
He went to Punchestown last week and galloped nicely there, so I hope that will leave him fit enough for this as he came back in very big in himself. Having said that, he runs well fresh and won at Galway on his return last season before running a big one in this race. The Welsh National could come under consideration after this.

Pat Fahy, trainer of Mister Fogpatches
He’s in serious order. The ground is crucial to him and it will be absolutely perfect at Navan. Now, we’d love it if the race was over an extra couple of furlongs, but you can’t have it every way. I was happy with him going to Cork, but he’s come out of that in excellent form and I think he’ll run an even better race here. We’re hopeful of a good run.

Willie Mullins, trainer of Lord Royal
He might prefer a bit of softer ground but the trip should suit him and he's got an okay weight, so we're hoping for the best.

FIRST PUBLISHED 6:00PM, NOV 20 2021
I suppose the obvious ones to pick would definitely be Run Wild Fred, Definite Plan and Farclas