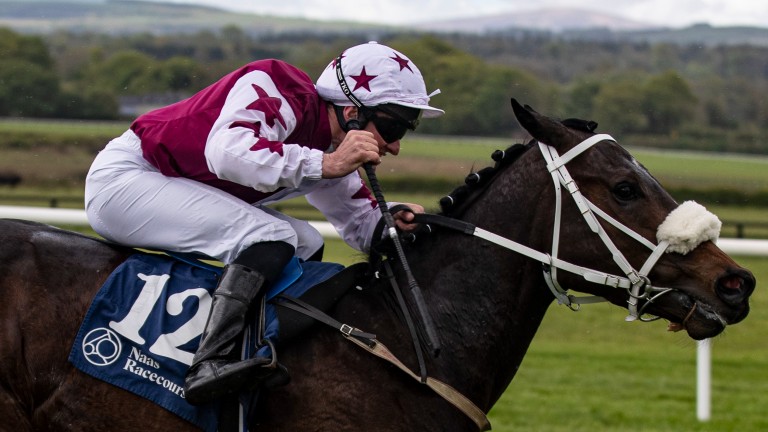 Logo Hunter: will bid for a fourth win of the year in the Listed Midsummer Sprint Stakes
Patrick McCann (racingpost.com/photos)
1 of 1
By Mark Boylan 6:00PM, JUN 8 2021

The team behind Ireland's newest – and highest-rated – sprint star Logo Hunter take aim at another Listed success after a potential lucrative sale for their bargain buy failed to materialise.

The Michael Browne-trained three-year-old has had a rapid rise up the ranks since being picked up for 5,000gns last October, most recently running out an impressive winner of the Listed Sole Power Sprint Stakes last month.

Initially after his Naas triumph it appeared as though Logo Hunter would change hands for what Browne had described as a "life-changing" sum of money, but the highly regarded sprinter is set to stay with the Tipperary-based handler for the immediate future. 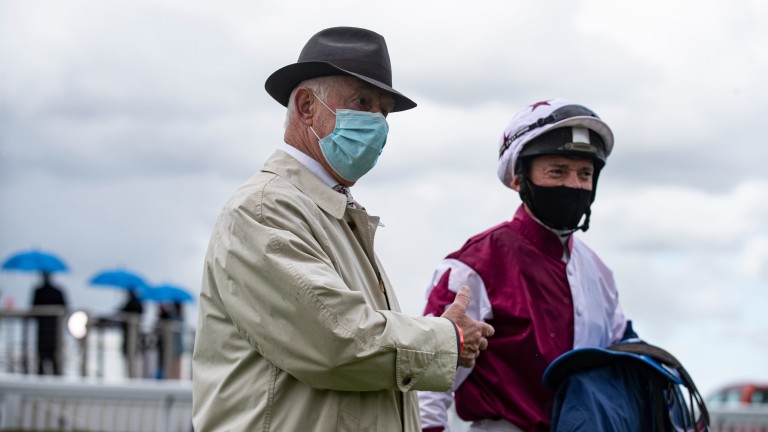 "He hasn't been sold, which in one way is great for me because if he did change hands outright then my dream is over," said the popular trainer, who has seen his stable star progress from a mark of 85 to 113 in the space of eight weeks.

"There was a world of interest in him but it didn't happen for one reason or another. We think he could win what we're asking for him if he's as good as we think he is – the world seems to be his oyster."

He added: "He's in brilliant form, couldn't be better. He did a bit the other morning – we haven't galloped him much – and we think he's improved since his last run.

"If everything goes right, he'll go to the Curragh for the Sapphire Stakes [on July 17] and then we could look at races like the Nunthorpe [August 20] and Flying Five [September 12]."

Browne is disappointed to be missing out on being at Cork to watch Logo Hunter on Wednesday, as instead he will be at the Goffs Land Rover Sale to see another young prospect go through the ring. 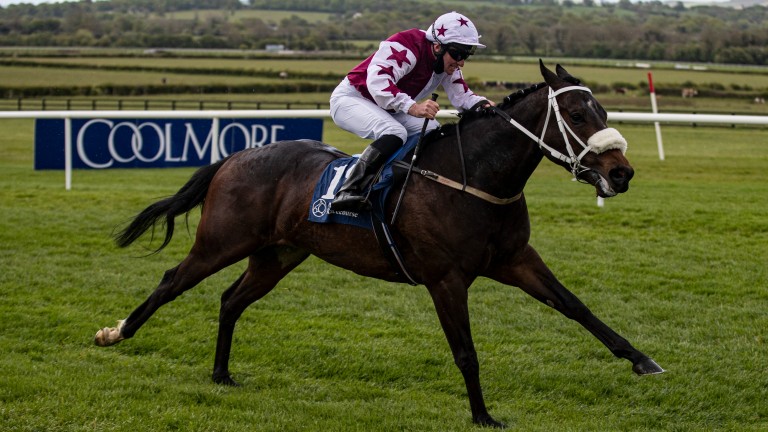 Michael Browne on Logo Hunter: "The world seems to be his oyster"
Patrick McCann (racingpost.com/photos)

"I'm gutted I can't be there but I'm selling a very nice horse by Bathyrhon at lunchtime and I have to be here," he said, speaking from the sales on Tuesday.

"I wouldn't be able to make Logo Hunter go any faster by being at Cork but the thrill of having a horse like him is being there to see them."

Browne said: "It's unfortunate that Seamie isn't available to ride him because he knows him well but I don't think that will be a negative – he's very straightforward. The ground looks like it'll be good, which I think he'll like."

Logo Hunter carries second-top weight in the 12-runner event behind the Ado McGuinness-trained Laugh A Minute, who is proven at the course.

FIRST PUBLISHED 6:00PM, JUN 8 2021
He did a bit the other morning – we haven't galloped him much – and we think he's improved since his last run