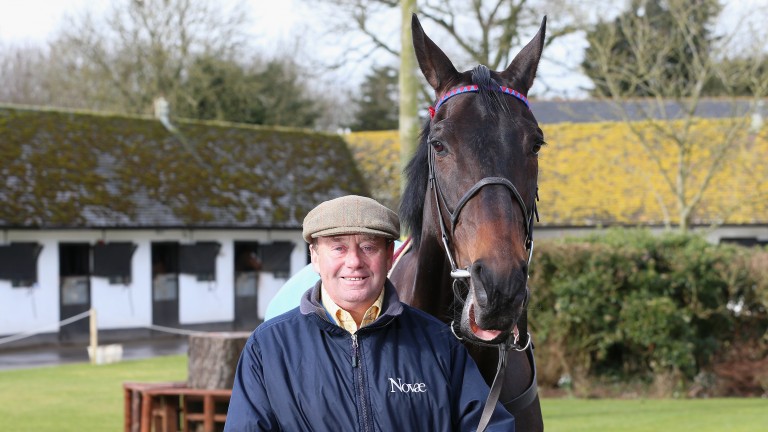 Flinteur Sacre, a brother of legendary chaser Sprinter Sacre, begins a career connections hope will emulate that of his nine-time Grade 1-winning older sibling at Newbury on Wednesday.

It is never easy for a younger sibling to live up to the exploits of such a successful elder brother or sister, but if Flinteur Sacre can achieve a fraction of the success of his 14-year-old brother, then Nicky Henderson and JP McManus will be delighted. 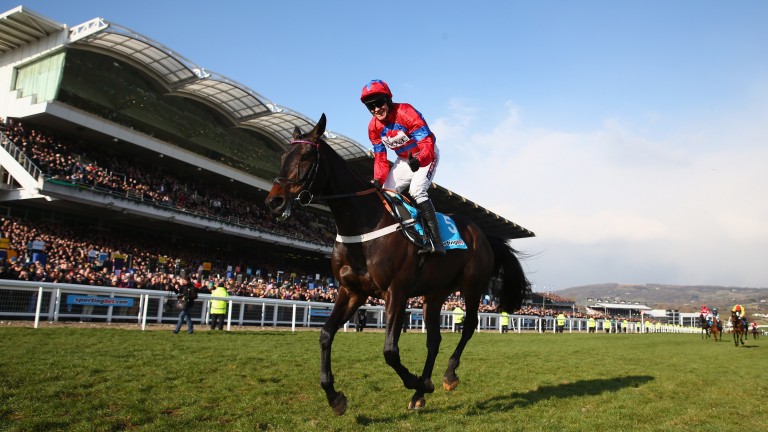 Barry Geraghty celebrates as the rest of the field are still running: Sprinter Sacre's finest hour in the 2013 Champion Chase
Michael Steele/Getty Images

The five-year-old takes to the track for the first time in Newbury's bumper (4.00) under Barry Geraghty, with Henderson excited about the prospect of running him.

Although the trainer describes the horse as a ‘good goer’ he is concerned the ground will not be ideal for his potential superstar.

“He’s a slightly smaller version of his brother, but he’s a quality horse, very good looking,” said Henderson, who oversaw two bumper wins from his illustrious brother in 2010.

He added: “He goes well, he’s done everything right at home and we like him a lot, but I would be nervous about him in very soft ground. He’s a very active horse, so it might not suit him.

“Trouble is we have to face facts this time of the year. It’s going to be soft this week, next week and the week after, so then where are you going to go? It will be nice to see him out, he’s a lovely horse.”

Henderson also runs another exciting prospect at Newbury, with Shishkin looking to bounce back from a fall last time out.

The point-to-point and bumper winner is having his second attempt at getting off the mark over hurdles in the novice hurdle (1.15) and Henderson hopes he begins to live up to his £170,000 price tag.

The trainer said: “He’s in good form, his fall last time was very bad luck. I don’t know about the ground, but he’s a classy horse.”