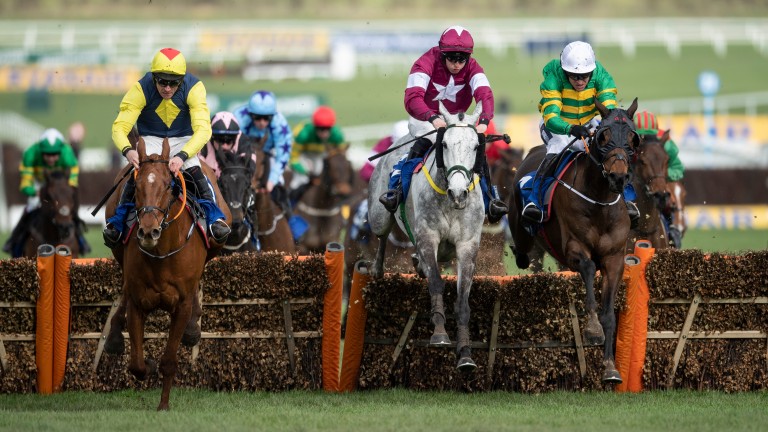 Last season's Pertemps Final winner Sire Du Berlais (white cap) was only the most recent festival hero to have qualified for the race at Warwick
Edward Whitaker (racingpost.com/photos)
1 of 1
By Paul Kealy and Scott Burton UPDATED 6:39PM, JAN 15 2021

You don't need to be following events in the USA to know that people love a conspiracy theory, and the Pertemps Final at Cheltenham has launched plenty.

A race series that requires only a place in the first six in one of the qualifiers to ensure a slot in the final is guaranteed to have punters searching for the 'plot' among the also-rans.

They would have a fair point, too, given only two of the last 20 Pertemps Final winners won their qualifying race.

Qualifiers are dotted all over Britain and Ireland, but four courses have provided 13 final winners in the last two decades. Cheltenham leads the way with four, and there are three apiece for Leopardstown, Punchestown and Warwick.

Sire Du Berlais was fourth here last year, Holywell was runner-up in 2013 and Rubhahunish was fifth in 2000, while going further back for the anoraks among you, in the days when you needed only to have an entry to qualify, Martin Pipe's famous 1998 gamble Unsinkable Boxer earned his place in the Cheltenham final by virtue of being a non-runner in the Warwick qualifier.

With a view to finding the Warwick winner rather than looking ahead, it might be worth noting that most recent victors came here in good form, with seven of the last ten finishing in the first four last time out and the last four finishing 1121.

Come On Teddy, Flemcara and Mr Harp all bring winning form to the table, with the former the obvious favourite given how easily he won at Cheltenham last month.

Potters Corner, last season's Welsh National winner, is back over hurdles as a warm-up for Aintree, and he won over over hurdles before his Chepstow success. Few horses are allowed to run off their old hurdles mark these days, but he can and is 18lb lower than over fences.

With many punters of the view that half the field will have half an eye on Cheltenham in March, he could easily become the gamble of the contest, and he shaped very nicely when third in a cross-country race in November.

When it comes to long-term promise, the David Pipe-trained Kepagge is very much one to keep an eye on. He lost his unbeaten record on his return at Cheltenham but shaped then as though crying out for a real stamina test.

I tend to laugh at conspiracy theories, and have backed Kepagge to show what he's made of, but Potters Corner sure does scare me off 132.
Race analysis by Paul Kealy

Fergal O’Brien, trainer of Imperial Alcazar
We're really looking forward to running him in this race. We had been schooling him over fences but we've decided to keep him over hurdles, so hopefully he'll go there and give his running as he's a nice horse. 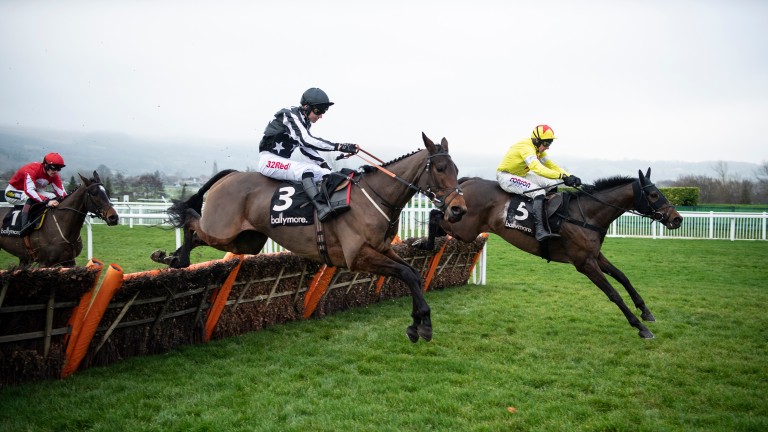 Dan Skelton, trainer of Ardlethen
He won a good novice chase last season when he beat Lisnagar Oscar, who has done well since back over hurdles. He ran well in a few top novice chases and got placed without winning one, then ran well in the Ladbrokes Trophy at the start of this season. He’s got the ability and has been running well without winning. Having fallen last time we thought if we were ever going to give it a go back over hurdles, now feels like the time to see if we can get the fire to burn even brighter. We’re just thinking outside the box a little.

David Pipe, trainer of Kepagge
He gives the impression he’ll get three miles and if he stays the trip hopefully he can run a good race. He’ll love the ground. He took a little time to get over his Cheltenham race but he’s in good form now and schooled nicely in the week.

Tom George, trainer of Come On Teddy
He stepped up on previous form last time and hopefully he's progressing the right way. We've given him plenty of time to mature and I'd like to think he's still improving. 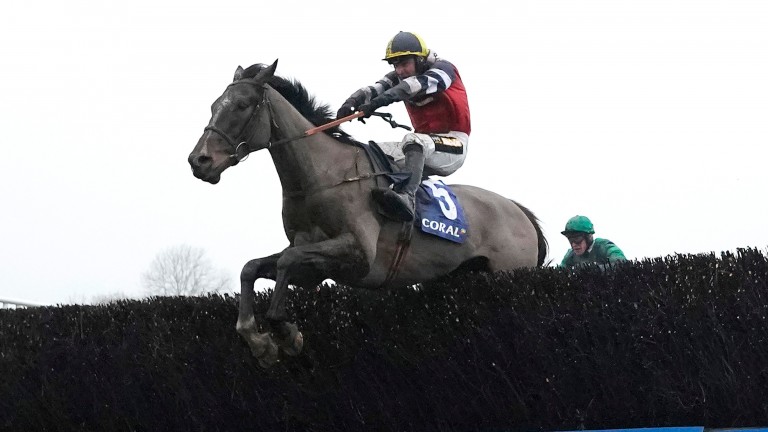 Christian Williams, trainer of Potters Corner
He seems in good form at home and I'm looking forward to getting him back on track. His main aims are the cross-country race at the Cheltenham Festival and then obviously the Grand National. This is a bit of a stepping stone. The ground will suit him, even if the track might be a bit tight. It slotted in with the timing and we're protecting his chase mark a little bit for the National. If we were to run him in the conditions race at Taunton next week it would look silly if he went up 4lb or 5lb and ended up getting touched off in the Grand National as a result.

Ben Pauling, trainer of The Macon Lugnatic and The Captains Inn
The Macon Lugnatic is a talented individual who has slight frailties. He’s in good order and I hope he handles the ground. The trip should suit. The Captains Inn was a very nice novice hurdler but got a nasty injury at Aintree and was sidelined for a long time. He’ll come on a bundle fitness-wise for his Chepstow run and this will tell us a lot about where we go with him in the future.
Reporting by Scott Burton

FIRST PUBLISHED 6:00PM, JAN 15 2021
He took a little time to get over his Cheltenham race but he's in good form now and schooled nicely in the week

Ground quickening a distinct possibility on final day of Glorious Goodwood Dual winner Flying Pursuit one of four runners for Easterby in Dash Are we looking at a Group 1 horse in a handicap? International Stakes insight