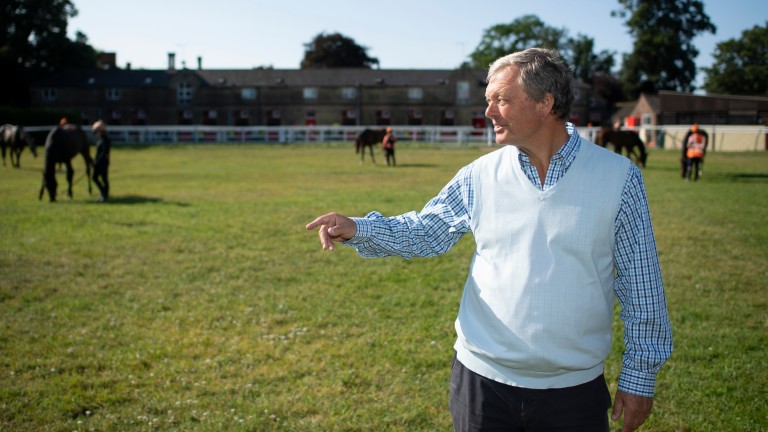 Regular Saturday viewers will no doubt recognise a few names in this field of useful mile handicappers. Hortzadar was third in the Lincoln, Storting won the Thirsk Hunt Cup and Muraad won at Glorious Goodwood last year.

While the last of those arguably counts as relevant experience, these sorts of horses do not often turn up at a track like Epsom.

There is only one course winner in the field, the locally-trained Corazon Espinado, who is three from eight at the track and has been showing his form at Lingfield over the winter.

It is expected, at least by the betting, that he will find this race too hot. The paradox in this race is that while these are horses we know from top handicaps, it does not really appeal as a strong race of its type.

It is partly for that reason why Irish Admiral is quite so strong in the market. He was well backed at York last time too on just his second run for William Haggas. The replay is well worth a watch, as Irish Admiral comes from last to put up a strong challenge before sputtering in the last half-furlong.

That race was over 1m2½f at York and Epsom's extended mile appeals as more appropriate at this stage.

Irish Admiral is still in the Royal Hunt Cup and is at least sharing favouritism on most lists. Tellingly, his current BHA mark of 96 is on the bubble for recent Hunt Cups – only once in the last five years would he have snuck in.

If he wins this race and incurs a 5lb penalty, connections would have no such concerns.

Patient tactics were almost forced on Irish Admiral last time as he was drawn in stall 12 of 12. This time he is in stall 8 of 10 but helpfully has pace on either side through Mostawaa (stall 5) and Overwrite (9). It may be that Tom Marquand can avoid the dangerous game of having to pick through the field at Epsom.
Analysis by Keith Melrose

Owen Burrows, trainer of Muraad
I've been pleased with him since Ascot, where he was a little disappointing but he can do that. If he returns to the form of his Goodwood win he'd have a good chance and having won there, Epsom doesn't hold any fears. He's got top weight but he deserves that.

David O'Meara, trainer of Hortzadar and Mythical Madness
Hortzadar disappointed at Thirsk last time from a wide draw, but before that he ran a nice race first time up in the Lincoln. He's run well at Epsom before and he's drawn pretty well, so I'm happy. Mythical Madness has been placed down there twice and likes the track, but he's not getting any younger and is probably not in the same sort of form.

William Haggas, trainer of Irish Admiral
He was bought to run in the better races and didn’t appear to get home at York, so we’re dropping him back to a mile. I wanted to go straight for the Hunt Cup but I don’t think a mark of 96 will get him in. He’s number 52 at the moment and with 30 runners I think it’s tough.

Mick Channon, trainer of Storting
He's not been the easiest to train, he's had a lot of little niggles but we're on track now. This has been the target since Thirsk as he wouldn't have got in the Hunt Cup. We've got a good draw and everything is right. It's a competitive race – there is no gimme in this game – but we've got a good chance.

Heather Main, trainer of Mostawaa
He's better than ever and has been really progressive. He loves the game. He hasn't run on a track like it before so it will be an unknown, but he is a balanced horse. With the ground drying out that should help him as well.

Simon Dow, trainer of Corazon Espinado
He loves Epsom, he's a multiple course winner and won the last race on Oaks day two years ago but we thought we'd drop back to a mile, although we're drawn out wide. Hollie Doyle replaces Luke Morris, but she's riding a horse who loves to win as much as she does. He might be six but he's as good as ever.
Reporting by Maddy Playle

FIRST PUBLISHED 6:00PM, JUN 3 2021
This has been the target since Thirsk as he wouldn't have got in the Hunt Cup. We've got a good draw and everything is right