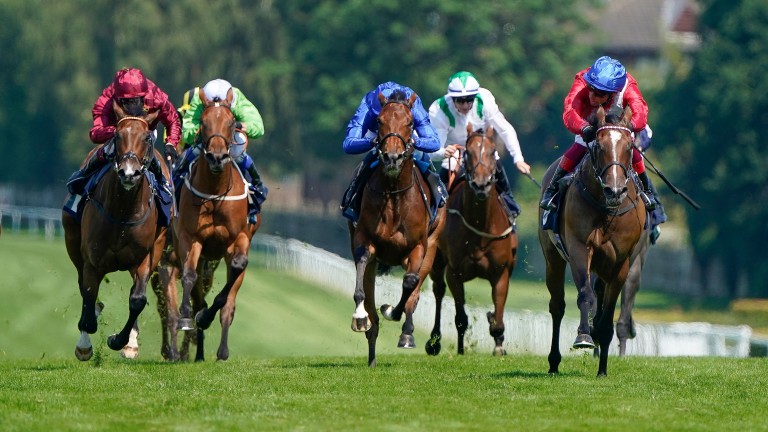 Inspiral will bid to extend her unbeaten record and prove her Classic credentials when stepping up to the highest level in the Fillies' Mile.

The two-year-old daughter of Frankel, who is the general 7-1 market leader for the Qipco 1,000 Guineas next May, has won all three of her races, including when justifying odds-on favouritism in the Group 2 May Hill Stakes at Doncaster last month.

This race has provided two Classic winners in the last ten years, with Minding landing the 1,000 Guineas on her next start in 2016 and 2017 winner Laurens striking in the 2018 Prix de Diane (French Oaks).

"It's a different track, but Frankie [Dettori] knows her well and we'll leave the tactics to him. She wears a hood at home and going to post, as many of these Frankels do, and it seems to work well."

Bouquet does not have the same lofty reputation as her Cheveley Park-owned stablemate, but her connections are keen to test her in deeper waters after her breakthrough success at Ascot last time.

"She won at the second time of asking and has been going well," said Gosden. "It will be a tough ask but she deserves to take her chance." 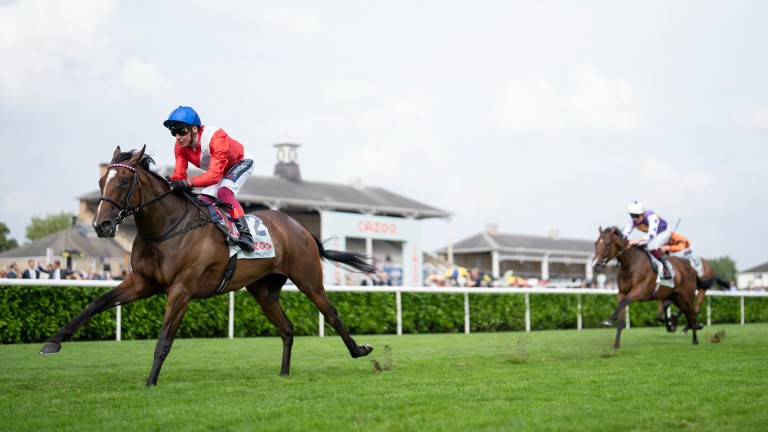 Inspiral: winner of the May Hill Stakes at Doncaster
Edward Whitaker (racingpost.com/photos)

Dettori will be bidding for a record-extending seventh victory in the Group 1, a race he first landed 31 years ago on Shamshir, trained by Luca Cumani, his first boss in Britain.

"I won my first Group 1 with Markofdistinction in the Queen Elizabeth II Stakes and just over half an hour later I won the Fillies' Mile aboard Shamshir," he said. "I flew to Canada that night and drove the poor guy sitting next to me mad telling him how good I was!"

Dettori was particularly taken with Inspiral's penultimate victory in the Listed Star Stakes at Sandown, where she beat the reopposing Wild Beauty, the winner of a Canadian Grade 1 under the rider last time.

"I was really taken by her win at Sandown," added Dettori. "She won well and I later rode Wild Beauty to win her next start in a Grade 1 at Woodbine, so that is good form.

"Inspiral has a great physique and lots of scope and is not the finished article by any means. She is kind and talented and we expect her to progress over the winter. It's all positive stuff."

Mise En Scene is the other unbeaten filly in the line-up, having followed up her debut victory at Haydock by winning the Group 3 Prestige Stakes at Goodwood last time. 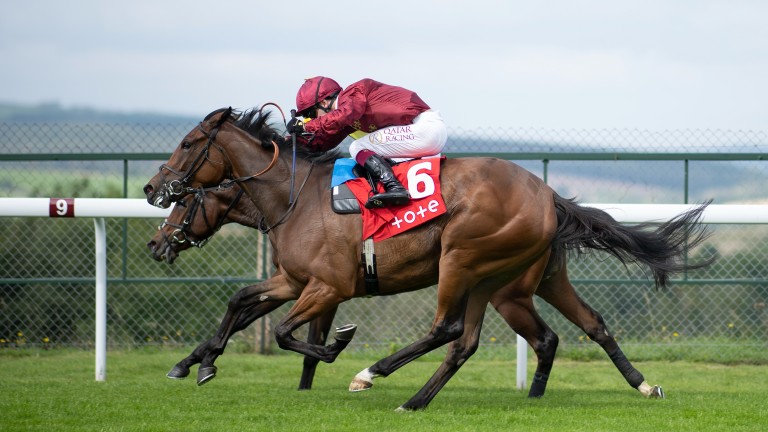 The Qatar Racing-owned daughter of Siyouni has twice won over seven furlongs, but trainer James Ferguson believes she will be suited by the extra furlong.

"She came out of her race at Goodwood well and this has been the plan since," said Ferguson. "It was only her second start and she was still a little bit inexperienced. Hello You, who won the Rockfel on her next start, finished fourth.

"Mise En Scene was only getting going when she caught the leader in the Prestige and the winning margin might have been greater with an extra furlong."

George Boughey, trainer of Cachet
Her best performances have come at Newmarket and Oscula, who finished third when Cachet was runner-up in the Rockfel Stakes, franked the form last weekend when third in the Prix Marcel Boussac. Cachet is drawn next to the favourite Inspiral so we'll see how she gets on and find out if she can compete at the highest level.

Aidan O'Brien, trainer of Concert Hall
Everything has gone well since her last run at the Curragh. We've always liked her and felt that stepping up to a mile should suit.

Jessica Harrington, trainer of Magical Lagoon
I'm delighted with her, but this is a good race. Others come here with more experience, but hopefully she can run a big race.

Charlie Appleby, trainer of Wild Beauty
We were delighted to see her win a Grade 1 in Canada last time, where she improved for the step up to a mile. She's taken that race well and goes into this with plenty of experience at a high level.

2.10 Chepstow: 'I'm sure he retains his ability' - Potters Corner aiming to get back on track

2.25 Newmarket: Will a 1,000 Guineas contender emerge in wide-open Oh So Sharp Stakes?

3.00 Newmarket: 'We've waited for it' - which connections have been eyeing a Group 2 prize?

FIRST PUBLISHED 6:00PM, OCT 7 2021
She has a great physique and lots of scope and is not the finished article by any means