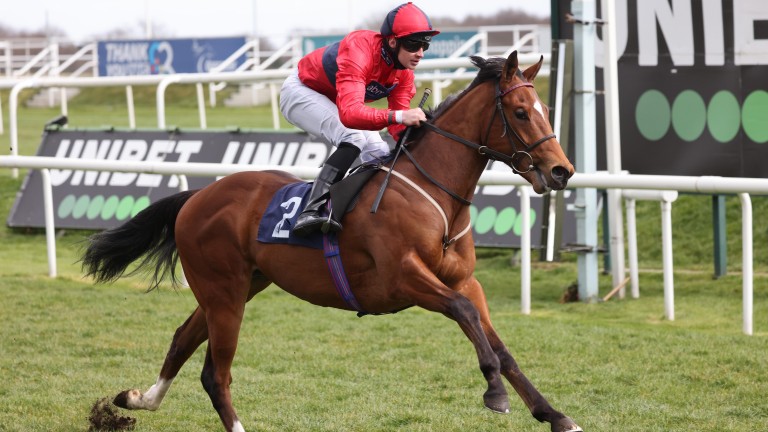 Whether you are a fan of the idea or not, the Weatherbys Super Sprint provides a unique test. The weights are set by sales price, rather than the ability each runner has shown on track, and that often leads to the better horses receiving weight from runners who are a lot less talented.

That has made it a relatively straightforward puzzle for punters. There have been 20 runnings this century and blindly backing horses who went off either favourite or joint-favourite would have yielded six wins from 25 runners. That's 24 per cent, for a £1 level-stake profit of £2.83.

The battle for favouritism looks likely to be between Chipotle (highest Racing Post Rating of 104) and Vintage Clarets (also 104). They are the class acts on RPRs, but are numbers four and nine on the card, and will receive weight from runners rated upwards of 21lb inferior.

Both competed at Royal Ascot last time out, with Chipotle winning the Windsor Castle and Vintage Clarets finishing third in the Coventry. Nine of the last 20 winners had run at Ascot on their previous start and those who won there have a better record than the beaten horses. 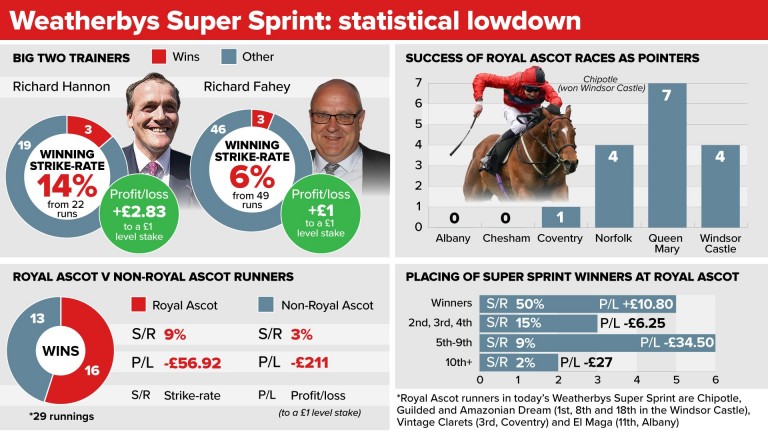 It's not just favourites who are performing well, either. If you had backed all horses who went off at single-figure prices you would have found 12 winners from 72 runners. That's a 17 per cent strike-rate and those runners beat an average of 75 per cent of their rivals in that time.

There may be 22 runners lining up, but only four are trading at single-figure prices with at least one firm in the overnight price box. They are the aforementioned Chipotle and Vintage Clarets, along with the Richard Hannon-trained Gubbass and Tom Dascombe's Delmona. 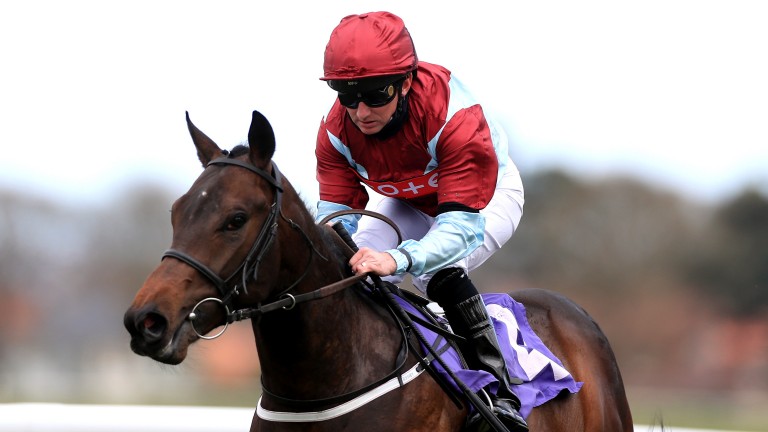 In a race where sales price can have a significant effect on the outcome, it probably shouldn't be a surprise that some sires have a better record than others. Just take Dandy Man as an example. He has sired two winners of the race since the start of 2013 from just seven runners.

Gubbass was impressive when winning on his debut at Leicester in April, but he has been off the track since. Only one once-raced horse, Temple Meads in 2010, has won the contest this century and 31 tried. Temple Meads landed the Group 2 Mill Reef later in the season, so Gubbass will probably need to be at least as good as that winner to defy his inexperience.
Race analysis by Graeme Rodway

The manner in which the Havana Gold colt powered two and a quarter lengths clear of Dig Two inside the final furlong smacked of a potential Group winner, and his trainer Eve Johnson Houghton already has the two-year-old entered in the Group 1 Coolmore Wootton Bassett Nunthorpe Stakes at York next month.

"He's in great form and is going to run a big race," Johnson Houghton said.

"Drying ground at Newbury should suit him. Everything has gone well since Royal Ascot. You'd like to think he has a standout chance."

Rod Millman, trainer of Amazonian Dream
He started off very well when just beaten at Newbury and hasn't really gone forward since, but I know he's a nice horse. I think he's got a good chance of being in the money. We've got Oisin Murphy and a good draw around the 'speed' and fancied horses.

Tom Dascombe, trainer of Delmona and Prince Kendeux
Delmona has a real good chance. She won nicely first time out, but maybe she hit the front too soon at Newmarket. Prince Kendeux is an outsider, but he's by no means useless.

Richard Fahey, trainer of Vintage Clarets
He's a very fast horse and I think he'd have won the Norfolk. The Super Sprint is a race we target. It's a working man's race and it's been lucky for us.

Grant Tuer, trainer of Showtime Mahomes
I think he'll improve for his win at Musselburgh as he was still a bit green that day. There are some good horses in the race and if he's in the first seven or eight I'll be delighted.

Richard Hannon, trainer of Gubbass, Zoltan Star, Symphony Perfect, Desert, Raging and Banner Moonshine
Gubbass won very impressively at Leicester in a race that has worked out pretty well and he is a colt we've always thought a great deal of. This is the Super Sprint so anything can happen but his work has been very good and I expect an extremely bold show. I'm amazed Zoltan Star is still a maiden but he's a horse who has plenty of ability if things go his way and I wouldn't be surprised to see him run well. The hurly burly of this race will suit Symphony Perfect's running style and she goes there with solid each way credentials. Desert is a big price but I definitely think she'll outrun her odds and I wouldn't put anybody off backing her each-way. We gelded Raging after Epsom and he seems to be much more focused again which is a good thing because he's got a lot of talent. Banner Moonshine has to improve quite a lot. She is learning with every run but she'll need to step up considerably to take a hand here.
Reporting by Richard Birch

FIRST PUBLISHED 6:00PM, JUL 16 2021
Gubbass won very impressively at Leicester in a race that has worked out pretty well and he is a colt we've always thought a great deal of

How Saturday's action could affect the jockeys' championship in Britain Oisin Murphy responds to William Buick's title charge with 70-1 treble No Gold Cup return for Oisin Murphy as Newbury hosts latest championship battle Will early season form or late-season bloomers flourish in a puzzling Mill Reef? Horsemen's Group chairman hits back at stable staff criticism over fixture list One trainer, one jockey, one horse and one race to watch on Saturday