Graeme Rodway assesses who will enjoy quick ground on the Knavesmire 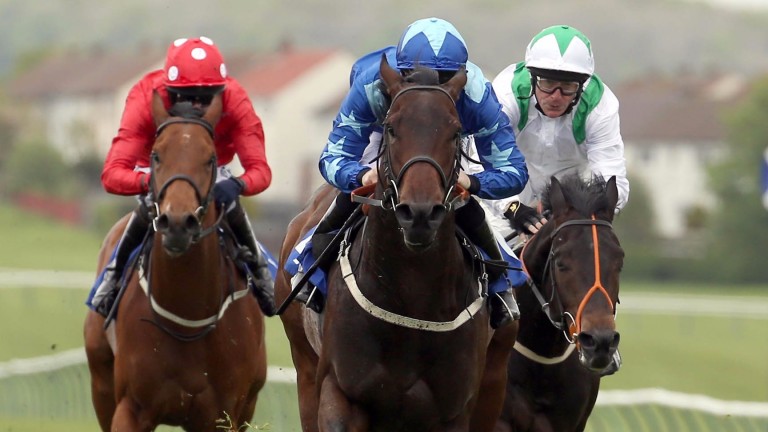 Britain had one of the wettest May months in memory and soft ground was the norm only a couple of weeks ago. However, June has been glorious in comparison and a long dry spell since the start of the month means conditions are suddenly riding a lot quicker than before.

That leaves punters with a conundrum because some of the best recent form in this race has been achieved on soft ground, so just how significant will that be on these faster conditions?

Paxos has questions to answer regarding the surface as he has yet to even compete on grass. All eight of his runs have been on the all-weather, so how will he handle fast turf?

It would be a worry on pedigree. He is the first foal of an unraced dam who is a half-sister to prolific all-weather winner Watersmeet, whose best turf run came with soft in the description. It’s worth noting Paxos’s sire Outstrip did win at the Breeders’ Cup on firm ground, though.

There are no ground worries for Danielsflyer, who likes it rattling quick and has recorded three of his four highest RPRs on good to firm ground. He has a good draw (two) as well.

He may be more exposed than some of his rivals, but he is the most solid on the conditions.
Race analysis by Graeme Rodway

Mark Walford, trainer Zumurud
He's going the right way and is improving with each run. He was beaten last time but the slow pace didn't suit him all that well. Seven furlongs at York looks to be ideal but we just want a bit softer ground in an ideal world.

Grant Tuer, trainer of Illusionist
We're trying seven on some fast ground because he can't lay up over six on fast ground. If he stays seven then great, if he doesn't we'll be back to six on some softer ground. I honestly think he'll stay and is a classy horse on his day.

Will Easterby, assistant trainer of True Blue Moon
He's in great form right now and he step back up to seven furlongs here. If I'm honest I think he's as good over seven as he is over six as he's won over both for us. Hopefully, it'll be normal decent ground at York. He wouldn't want it rattling quick.
Reporting by Tom Ward