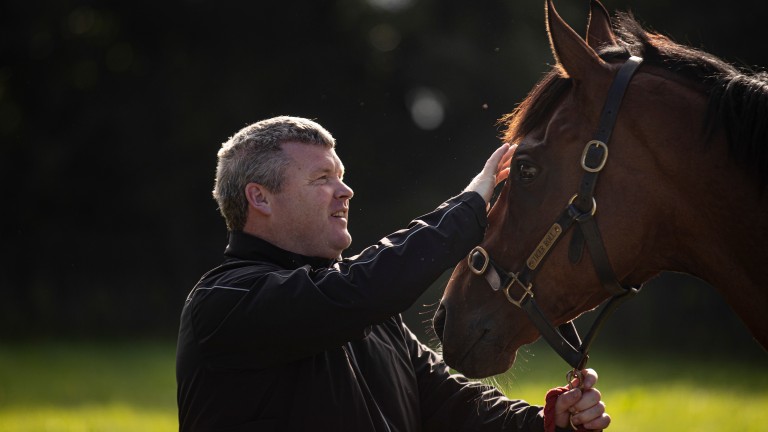 Gordon Elliott: trainer will have his first runner in six months at Punchestown on Tuesday
Patrick McCann (racingpost.com/photos)
1 of 1
By Mark Boylan UPDATED 7:19PM, SEP 13 2021

Gordon Elliott appears to have a live chance of returning from his suspension with a winner at Punchestown on Tuesday – the first time he will saddle runners in his own name since March 8.

Denise Foster served as Cullentra's official trainer during Elliott's six-month suspension following the controversy that erupted after a picture emerged in March of him sitting astride a dead horse.

Elliott was free to make entries again from last Thursday and although he has declared two runners for the eight-race Flat card, only one is guaranteed a run as Alice Kitty, his representative in the Irish Stallion Farms EBF Fillies Handicap (4.05), is the third reserve.

Oh Purple Reign, who will bid to become Elliott's first official winner since Kruzhlinin scored at Navan on March 6, looks to have strong credentials in the Donate To The Coast To The Curragh Cycle In Honour Of Pat Smullen Handicap (2.30). 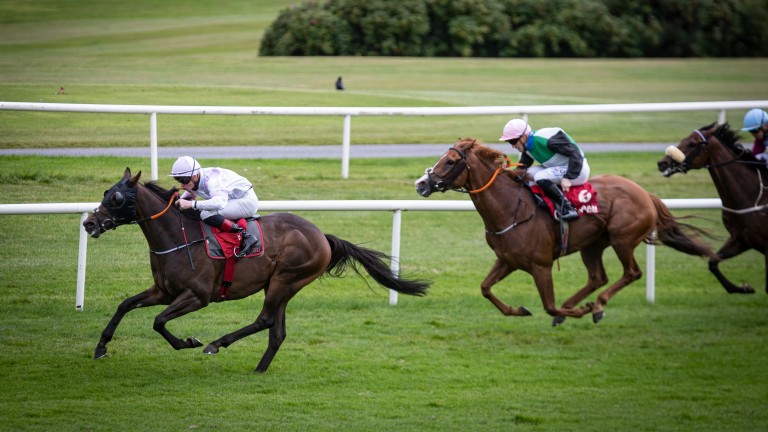 Rated 102 as a two-year-old for Richard Hannon, he registered a first success in nearly two years when scoring readily at Gowran this month. It ended a 19-race losing run, during which he fell to a mark of 64.

Elliott said: "Oh Purple Reign won well at Gowran last time. It's probably going to be a big ask from a 9lb higher mark and he's got a bad draw so we'll see how he gets on. Alice Kitty probably won't get in."

Elliott's first jumps runners will come on Wednesday at Sligo, where he has four in four races. The Sliding Rock and Fancy Foundations are set to be ridden by Bryan Cooper, while Denis O'Regan has been booked for Silver Star and 7lb claimer Hugh McOwan takes the ride on Imperial Sachin's.

'It's daunting but exciting' – Denise Foster takes over from Gordon Elliott