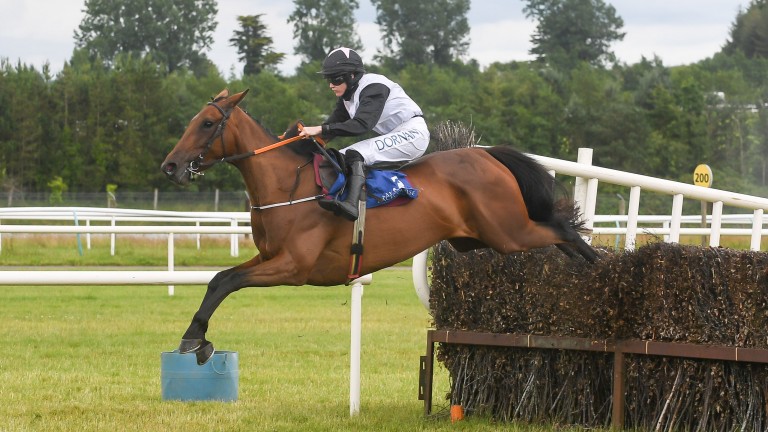 We've been drunk on Gin On Lime of late as the five-year-old mare has won her three starts over fences this season by a combined total of 62 lengths. She has been exhilarating to watch.

Her chasing debut was very easy on the eye as she blitzed 13 rivals by 42 lengths at Killarney in May. Since then, she has thumped Star Max twice and posted RPRs of 137 and 143. We know what she is going to do and she will take some stopping from the front.

That said, this is unquestionably her toughest test. Willie Mullins, who won the race in 2017 with Rathvinden and again in 2019 with Wicklow Brave, is triple-handed and champion jockey Paul Townend has opted for Fan De Blues.

The six-year-old has not lived up to expectations since arriving from France and was an expensive failure over hurdles at this meeting last year, but he got his act together at Punchestown last time and his experience of running in a few red-hot handicap chases last season should help him here.

Antey is officially rated 1lb superior but it is hard to envisage him reversing recent Roscommon form with Bold Enough, while Robinnia's hurdles form suggests she has a bit to find for all that she was a decisive winner of her sole chasing start at Tramore.

Four-year-old Druid's Altar gets plenty of weight from her seven opponents and should have a say, but Fan De Blues' experience might prove the decisive factor in what looks a decent renewal of the race.

Henry de Bromhead, trainer of Bold Enough and Gin On Lime
Gin On Lime has been really good since she's gone over fences and we've been delighted with her. She's put up a couple of really nice performances and hopefully that continues here. Bold Enough has won both his starts over fences quite impressively and he's a nice horse.

Willie Mullins, trainer of Antey, Fan De Blues and Robinnia
Antey and Fan De Blues have huge experience and should go well. Paul [Townend] elected to ride Fan De Blues and he might fare better of the two. Robinnia will be suited by the trip and ground, but her hurdle rating leaves her with a bit to find against this opposition. 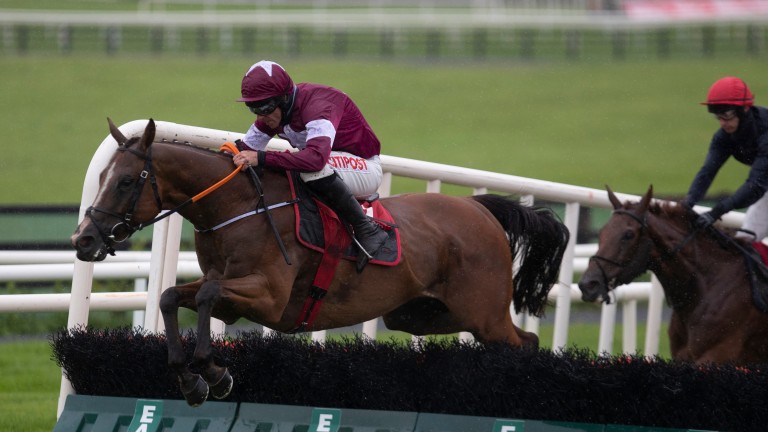 The Very Man: a Listed winner at Galway
Patrick McCann

Denise Foster, trainer of The Very Man
He probably wasn't at his best when you saw him last at Killarney and we're fairly sure he's better than that. He's had a nice break since then, has been training well and won at this meeting last year.

Joseph O'Brien, trainer of Druid's Altar
He won nicely last time and the course and distance will suit him well. He will stay further in time but hopefully he can run a good, solid race.

FIRST PUBLISHED 6:00PM, JUL 28 2021
Gin On Lime has been really good since she's gone over fences and we've been delighted with her