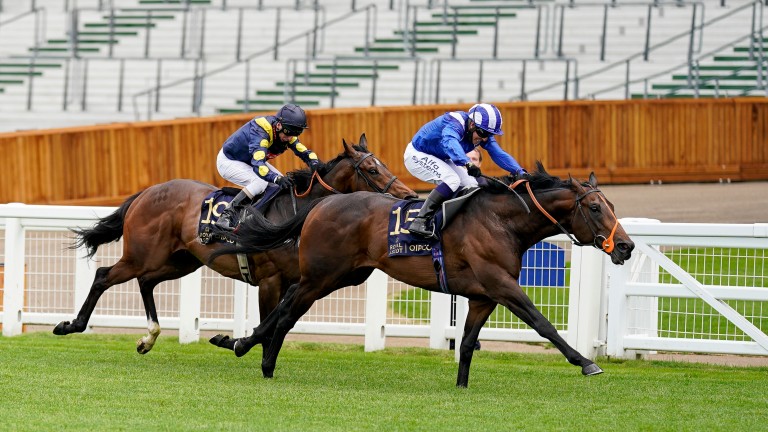 Motakhayyel: one of two runners in the race for Richard Hannon
Alan Crowhurst
1 of 1
By Tom Collins and Scott Burton UPDATED 10:21AM, JUN 26 2021

With the stalls situated against the far-side rail on the July course, it is fair to assume that runners drawn high will hold a slight advantage by being able to race against the paint.

Three-time heavy ground scorer With Thanks, the only filly in the line-up, has the prime box in stall 11, one place outside course winner Glorious Journey, who finished a neck behind Limato in the 2019 running of this race. He will not have to deviate off a straight path from stall ten.

For those drawn low, finding cover may prove trickier. However, the pace map indicates very few runners will want to make the running. Step forward Lord Of The Lodge, who appears to have the necessary early acceleration to navigate across from stall three to dictate proceedings.

The Karl Burke-trained four-year-old exhibited excellent gatespeed on his most recent outing in the Group 3 Ballycorus Stakes at Leopardstown 16 days ago. Five strides after the stalls burst open, Lord Of The Lodge was a length clear of his nearest pursuer. A similar display would gift him the lead in this race. 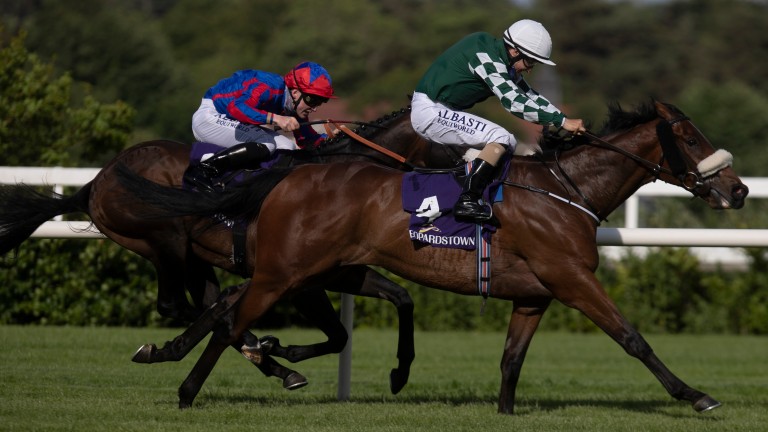 Ridden by Ben Curtis, who has a +£6.05 profit to £1 level stakes for Burke (69-472, 15 per cent strike-rate), Lord Of The Lodge is yet to prove himself at this track but connections will hope he makes a bold bid from the front given he has an entry in next month's Bunbury Cup.

Course-and-distance scorers Royal Crusade and Motakhayyel warrant consideration, though they have both disappointed in two runs this term.

Charlie Appleby, trainer of Glorious Journey and Royal Crusade
Royal Crusade was a little disappointing in Dubai but has definitely been training better since coming back to Newmarket. It's his first time over this distance since his two-year-old days but if you look at the pick of his form he should be bang there. 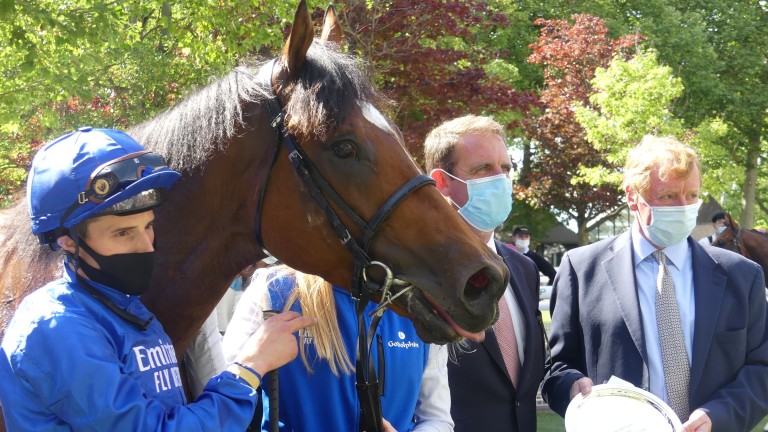 Karl Burke, trainer of Lord Of The Lodge
He's in great form. He ran a tremendous race in Ireland when second to Real Appeal in a Group 3 and goes there with a definite chance.

Richard Hannon, trainer of Motakhayyel and Mums Tipple
He is quite high in the handicap and he would have had a lot of weight at Royal Ascot. He likes the track, is working well and hopefully he will run a big race. When he is in form he is hard to beat and I hope he is and he seems like it at home. Mums Tipple was disappointing last time but he hung a good bit that day and never got in the race. Stepping up in trip again should help him as he looked like he was a bit flat out in the Cathedral Stakes.

Michael Bell, trainer of The Lir Jet
He ran a very good race in the Greenham and I think he's had valid excuses his last two runs. It comes a little bit quick for him but it's on our doorstep and he didn't have a hard race at Ascot. Cieren [Fallon] said he couldn't see where he was going. We were held up in behind and the kickback was woeful so he was riding blind.
Reporting by Scott Burton