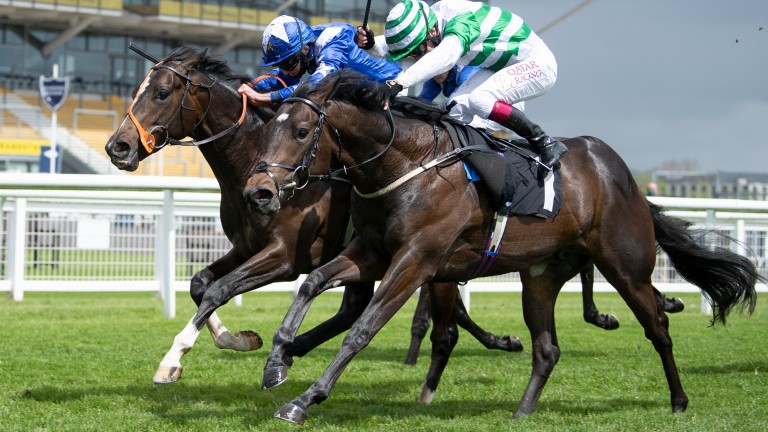 The Woodcote is a lot more volatile in terms of winning RPRs than the Coventry Stakes 11 days later, which is a reflection not just of its non-Pattern status but also the field size.

The average field size in this race over the last ten years has been a touch more than seven, which combined with Epsom's topography makes big performances harder to generate.

If all ten declarations break from the stalls then this will be the first double-figure field in the Woodcote since 2013. That gives a greater platform for a high-level performance, especially when a couple of the runners are already at a level just below the average recent winner.

Flaming Rib boasts the best form, having burnt off a couple at Nottingham that have since run to a similar level again. His speed would not be obvious from his pedigree, given he is by Ribchester from a middle-distance family.

Dairerin is bred more for speed as his sire Spill The Beans was a well-forward two-year-old in Australia. He won on debut and was caught late over this trip at Newbury last time in a race that set up well for closers.

Everything else must improve quite a bit to threaten the winning standard. One with obvious potential to do so is Dusky Prince. He overcame greenness to win at Brighton on debut, an experience that ought to have prepared him well for Epsom. He was strong in the betting that day and comes from a yard known for doing well with two-year-olds.

In case it was ever in doubt in a sprint at Epsom, the pace is set to be well contested. Sienna Bonnie took along a Listed field over 5f last time and before that had blown away a modest field by halfway at Bath. She is one stall inside Flaming Rib and might be the one to take the field along.
Keith Melrose, betting editor

Michael Bell, trainer of Dairerin
The draw has been kind to us and he's a progressive horse. He seems uncomplicated and I'd be pretty hopeful he'll handle the track which is important. He ran a good race in a good time at Newbury but he was unlucky to get the wrong end of the bob.

Richard Hannon, trainer of Raging and Zoltan Star
I was very pleased with Raging's last run and I think the six furlongs will suit him. He's not drawn badly in five so hopefully he can go close. Zoltan Star is still a maiden but he's taken a while to come into his coat. He did everything right at Chester but just got tired in the ground going to the line. This will be more to his liking and he too would have a fighting chance. 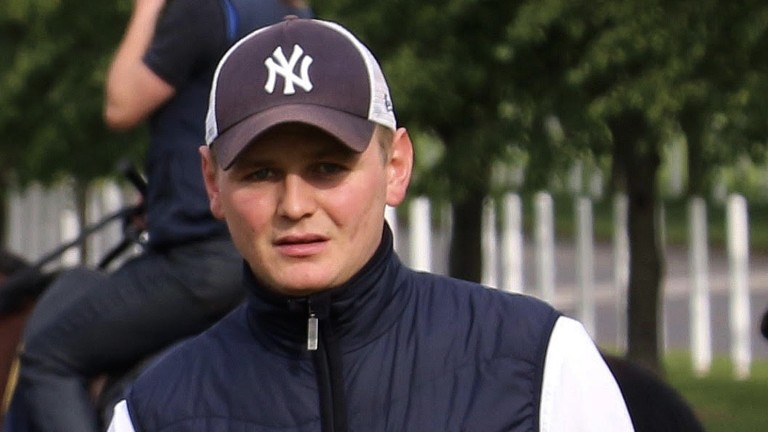 George Boughey: has been in superb form with his two-year-olds this season

George Boughey, trainer of Oscula
She's a filly I like and I think she is quite progressive. She was professional on debut, better again at Brighton and ran a good time. We could've taken her elsewhere but she was fast away at the gate and got to the front. The experience of running four furlongs downhill at Brighton will stand her in good stead. She's going to get further but she's well drawn and we want to make our experience count.

Jonny Portman, trainer of Sienna Bonnie
We're still learning about her but she's not slow. She ran very well at York but the slower ground and the draw wasn't ideal. She's worth a try over a sharp six. We won't know about the track until we try her but she seems very well and we hope she can run a good race.

FIRST PUBLISHED 6:00PM, JUN 3 2021
The experience of running four furlongs downhill at Brighton will stand her in good stead.

George Boughey: 'If they were revved up to win they wouldn't keep on improving' 'A legend' - jump jockey Derby joy for Best thanks to old favourite Berrahri