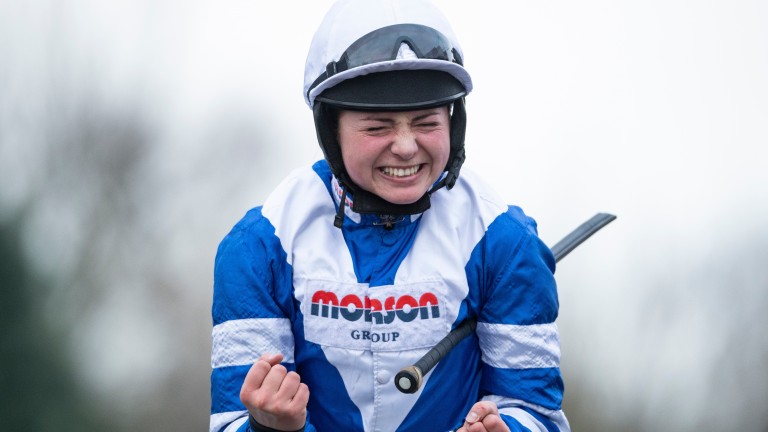 Bryony Frost: hopes to be celebrating with Ginger Jam at York on Saturday
Edward Whitaker
1 of 1
By James Stevens UPDATED 6:32PM, JUL 23 2021

Britain's leading jump jockeys are gearing up to swap staying chases for sprinting, with Bryony Frost, Sam Twiston-Davies and Brian Hughes among those vying for this unique prize and the much-desired bragging rights over their weighing room colleagues.

Frost has picked up a plethora of top races since her Cheltenham Festival breakthrough in 2017, but a Flat race win is absent from her CV after just nine attempts.

The Nigel Tinkler-trained Ginger Jam is tasked with making it tenth-time lucky and the rider is relishing this new challenge.

"I can't wait for it, it'll be totally different," she said. "We're so used to slow-burning, steady-away races. It's five furlongs so it'll be over in a flash. There's the stalls and it's a different type of drive in a Flat finish as well.

"Ginger Jam comes well from behind, wants to be delivered from the furlong pole and I think he's got a cracking chance."

Tom Scudamore says this race has been the talk of the weighing room for a few weeks and he hopes Soul Seeker can give him a second victory since it's inception in 2017.

He said: "It's a race we all look forward to and enjoy – me, Sammy [Twiston-Davies] and a few of the lads start taking the mick out of each other from a few weeks before it. 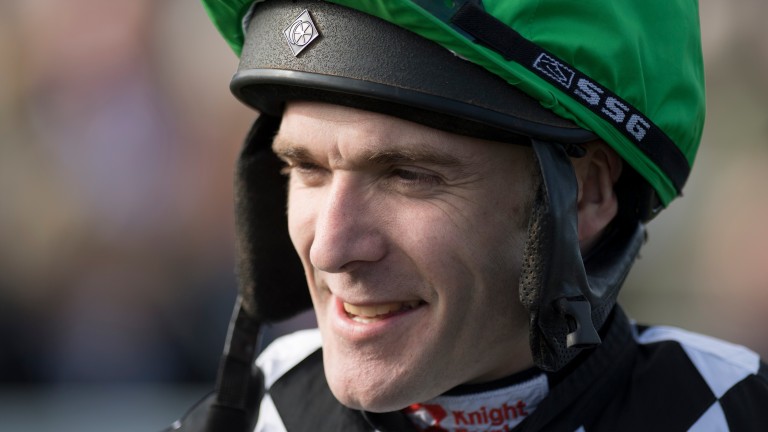 "I won it a few years back. As I was saying to the lads, it's a race I've kind of made my own in the last few years so I'm hoping to do that again."

His mount, trained by David O'Meara, heads to York having recorded a career-best at Hamilton earlier this month.

Scudamore added of Soul Seeker: "I had a good winner for David and the owners [with Stonific] in the Summer Hurdle at Market Rasen last week so it's great to be on him. He'd look like he'd have a very good chance."

Paul Midgley, trainer of Mid Winster, Ventura Express, James Watt, Nibras Again and Son And Sannie
Mid Winster goes forward and goes quick, she'll probably set the race up but it's a question of whether they're good enough to get past her. James Watt was very good at York, he won with a little bit in hand, Nibras Again was maybe a little bit unlucky at Newmarket. Son And Sannie has been underachieving but he looks well handicapped and Ventura Express has been solid.

Iain Jardine, trainer of Get Boosting
He's run a couple of good races this year, he ran well in the Dash where he didn't quite see it out. If everything goes to plan he could be competitive. Conor [O'Farrell] comes in to ride work on him and I think that's a bonus.

Key to the Kingdom? Blinkers just the trick as colt produces runaway win 'I'd be happier if it was 1,000!' - Turner lands 900th British winner at York 'He's amazing' - star handicappers out to deliver for John Quinn at York