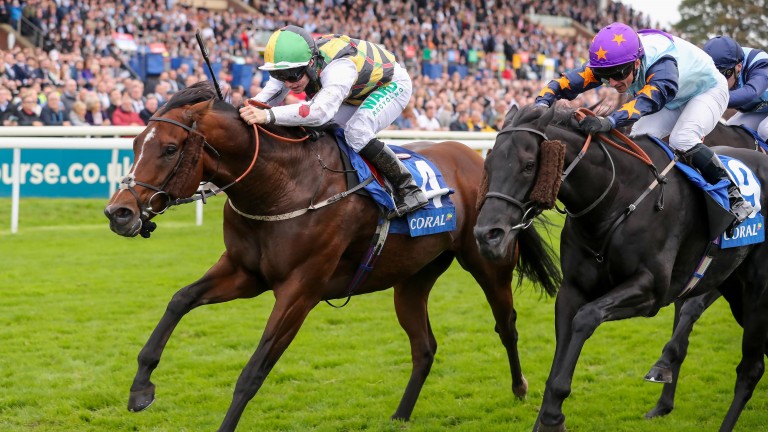 Gulliver (left): has a superb record at York
John Grossick (racingpost.com/photos)
1 of 1
By Graeme Rodway and Tom Ward UPDATED 9:01AM, MAY 12 2021

The draw for sprint races at York might not be as crucial as it was at last week’s Chester May meeting but it still plays its part and, in big-field sprints since the start of 2011, runners drawn high haven’t matched lower-drawn runners in terms of percentage of rivals beaten (%RB).

When looking at all races over six furlongs or shorter at York in the last ten years that were contested by more than 18 runners, horses drawn in stalls one to 14 have generally beaten more than 50 per cent of their rivals in that time, but there is a clear drop off at 15 or higher.

Stalls 15-20 have, on average, beaten only 44 per cent of their rivals and the figures get worse the higher you go, with stall 20 beating just 36 per cent. That is the worst stall of all.

That’s no surprise given it would often have been on the wing, and it’s also worth making the point that stall one underperforms compared to other low stalls, probably for the same reason.

Two years ago Soldier’s Minute scored from a good draw in three, but this time he is out on the wing in stall 19 and also races off a 6lb higher mark. He evidently has a huge task ahead.

Gulliver comes from 18 and runners from that stall have beaten only 40 per cent of rivals, while Mr Lupton (15), Brian The Snail (17) and Hey Jonesy (16) are others drawn very high.

If you are looking for the best performing stalls then concentrate on three (58%RB), five and six (both 56%RB). With the absence of Danzeno who was drawn in three, Staxton (four), Hyperfocus (six) and Citron Major (seven) effectively occupy those gates. Hyperfocus is a confirmed front-runner, so there should be pace on that side.
Race analysis by Graeme Rodway

Promising Bielsa ready to take his chance for Ryan

Kevin Ryan is throwing three darts at this competitive handicap with pick of the bunch, Bielsa, primed for a big run following a pleasing reappearance at Ayr.

A lightly raced six-year-old, Bielsa performed well in conditions which did not suit last month and returns to the course where he finished fifth in the Coral Sprint last October.

Assistant trainer Adam Ryan said: "He ran well last time at Ayr but the ground was just on the quick side for him. He'll come on for that and the ground should be more in his favour."

As the prices suggest this race is wide open and Magicial Spirit gives the Ryans an admirable number two as he has already proved his love for big-field sprint handicaps. 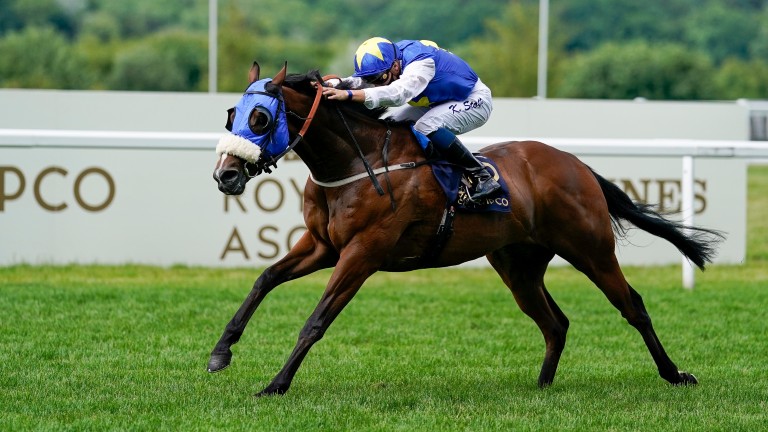 "He won the Silver Cup last season and was then fourth in the Coral Sprint," Ryan said. "We were delighted with his return at Doncaster and he'll come on for the run as well. The ground should suit."

It is easy to forget Hey Jonesy won the Wokingham at Royal Ascot last June due to his inconsistent profile but Ryan is confident the six-year-old can make his presence felt if in the right frame of mind.

He added: "He's a little bit in and out, but if he's on a going day he should be right there. He had a comeback run over seven furlongs and he should be spot on for today. Hopefully he'll run a big race."

Ed Crisford, joint-trainer of Roulston Scar
He loves York. He's having his first run of the year and I'm sure he'll come on for it. The ground will be perfect for him, he does go well fresh and we've got Mark [Crehan] on to take 5lb off his back.

David O'Meara, trainer of Gulliver
He loves it at York and is in good form. He should enjoy just that little bit of ease in the ground so hopefully he gets that.

Will Easterby, assistant to Tim Easterby, trainer of Staxton, Danzan, Hyperfocus and Manigordo
Staxton won at Ripon first time out and he obviously loves the track there. I like to think he'd run well again here. Danzan ran a great race last time and seems to be putting in some really decent efforts for us so hopefully that can continue under a feather weight. Hyperfocus loves York and a bit of cut in the ground so the more rain the better for him. Manigordo won nicely last time and shapes like a lovely sprinter. It'll be good to see how he gets on in a better race.

Ruth Carr, trainer of Embour
Nothing went right at Newmarket. It didn't suit him being in front but he should not have that problem here. We'd like to think he's got more to give off this mark and on his best form he should have a chance.
Reporting by Tom Ward

3.10 preview: Regally bred Noon Star bids to live up to her stellar pedigree in the Musidora

Red-hot favourite Mohaafeth beaten as Bangkok prevails in three-way tussle ITV Racing tips: one key runner from each of the seven races on ITV on Saturday Dual winner Flying Pursuit one of four runners for Easterby in Dash Speak In Colours tops the weights in competitive Scurry Handicap