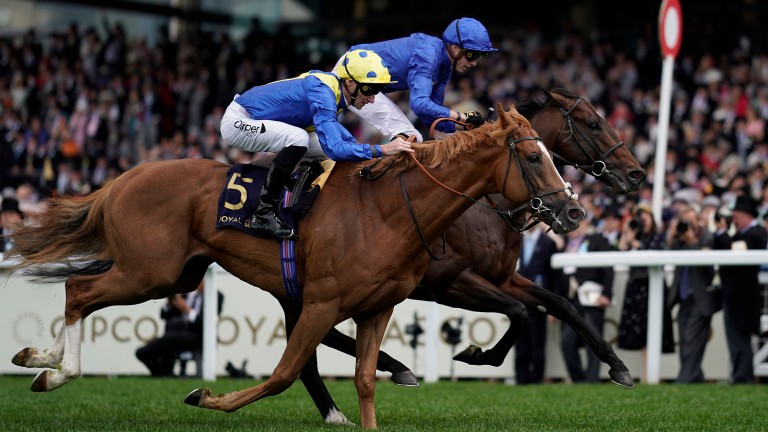 Dream Of Dreams (near): has finished second in the last two runnings of the Diamond Jubilee
Alan Crowhurst
1 of 1
By Stuart Riley UPDATED 9:31PM, MAY 16 2021

In 2019 Dream Of Dreams won at Chelmsford and then landed this race en route to his now customary position of second in the Diamond Jubilee.

Last year, with Covid-19 impacting his chances of a prep he went straight to Royal Ascot. A head second to Blue Point in 2019 was matched as he finished the same narrow distance behind Hello Youmzain, again in second.

If two runs were too many and no runs not enough, then maybe this is his Goldilocks year as Sir Michael Stoute brings the now seven-year-old to the track just once before the big day.

Bruce Raymond, racing manager to Dream Of Dreams' owner Saeed Suhail, said: "He's been working well, he works mainly on his own so it's difficult to tell, but he looks a million dollars. As long as it's not too soft, if it went heavy I don't think it'd be in his favour, but that's the only worry."

When Ryan Moore's mount won this in 2019 from Glorious Journey and The Tin Man he faced a field of six. This time half that number have turned up for a £40,000 Listed sprint, meaning the reigning champ is a heavy odds-on favourite. 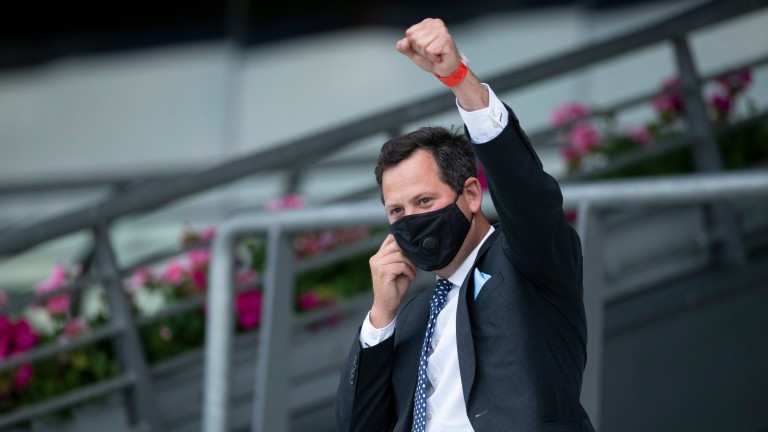 Next in the betting is the Charlie Hills-trained Garrus and the trainer believes the favourite may have scared off a lot of the likely opposition.

Hills, who has enjoyed eight of his 11 career Group 1 wins over sprinting trips, knows his way around a high-class sprinter and said: "I've been really pleased with his form this year. We've a good bit to find with Dream Of Dreams, he's a very good horse on his day and I'd imagine he's scared a few off, it's a very small field. We wouldn't really want too much rain but we'll see what happens, he's in very good form."

Robert Cowell, trainer of the outsider of the three Dubai Station, is the only one without ground concerns should the heavens open. He is, however, concerned the race may turn into a tactical affair.

He said: "He's in very good form, the step up to six furlongs should help and the ground will be in his favour. It could just be a messy race with only three runners, which is a bit of a concern. We'll be chasing the Stoute horse, we've that one to beat on the figures, but we'll see how it pans out and it could end up being a messy race so we'll have to be on our A game."

With the weather in mind, clerk of the course Sophie Candy said on Sunday: "It's holding very well at the moment at good to soft, good in places. We had a couple of millimetres yesterday and just caught the edge of a shower which brought another half a millimetre.

"The difficult bit is the next 24 hours as they are still forecasting potentially very heavy showers and it could easily constitute a ground change before racing. It all depends on what falls out of the sky and we're in the lap of the gods. Hopefully we get lots of sunny spells in between so people can enjoy being back, that's the main thing."

FIRST PUBLISHED 6:00PM, MAY 16 2021
He's been working well, he works mainly on his own so it's difficult to tell, but he looks a million dollars

Dream Of Dreams to dominate in bid to go one better? Graeme Rodway has his say 'Life moves on' - Sir Michael Stoute looks forward after his most painful year Can Indian Creak take advantage of favoured draw in competitive sprint? Windsor Placepot tips: Graeme Rodway gives his perm for the evening fixture Alistair Rawlinson 'staying positive' despite facing second op after horror fall