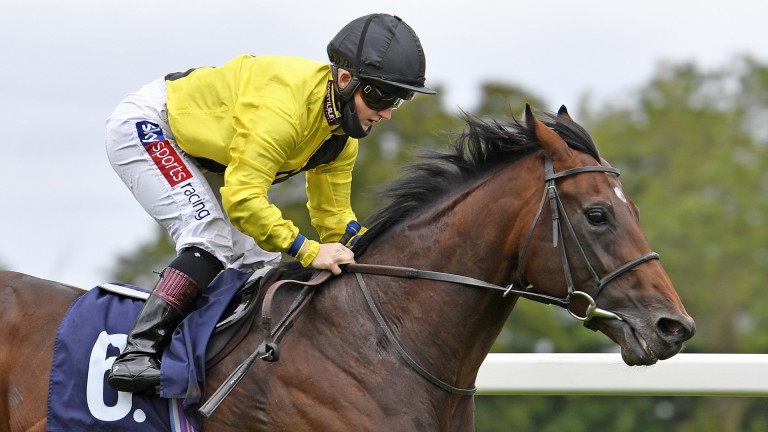 There is a relatively small field lining up for this handicap but the draw will still play a part because on quick ground it is definitely an advantage to be drawn low in sprints at Windsor.

Since the start of 2016, races featuring fewer than nine runners over shorter than 7f at Windsor on ground officially described as good to firm have been dominated by stall one.

The inside stall has beaten 55.52 per cent of its rivals and it would have been profitable to back all the runners blind. A £1 bet on all horses from stall one in that time would have won £18.12 at SP.

Indian Creak has the plum draw and he was able to win from stall seven over course and distance last time, albeit on slower ground. He has gone up 4lb, but apprentice rider George Bass takes over from Tom Marquand and claims 5lb. That offsets the rise in weight.

Bass obviously lacks the experience of Marquand, but Indian Creak’s inside draw should help Bass manoeuvre his mount into a favourable early position and Indian Creak could follow up.

Stall five is next best (51.86) in percentage of rivals beaten, and another recent course winner will emerge from that gate. A Sure Welcome won a five-furlong handicap here last week from stall six and now races off 5lb higher under a 4lb penalty for that success.

A Sure Welcome is a Windsor specialist, having recorded four of his five highest Racing Post Ratings at the course, and three of those came over six furlongs, so this longer distance will suit.

The final word goes to Marco Ghiani, who has excelled in sprints this year. Backing all his mounts over shorter than 7f in 2021 would have yielded a profit of £6.70, and he rides Tinto.
Race analysis by Graeme Rodway

Mick Appleby, trainer of Edraak
There's no rain around which is good as he'll like it quick. At Doncaster the ground was too soft, they overwatered it and then it rained. I think he should take all the beating providing the ground is right.

Amanda Perrett, trainer of Tinto and Open Wide
Open Wide will like the conditions. He ran a nice first race of the season at Goodwood and he likes Windsor – he was second in the final a few years ago – and he should have a very good chance. He's drawn on the outside, which isn't an advantage though. Tinto has had a bit of a thing with coming out of the stalls lately but Marco [Ghiani] got a good tune out of him two years ago, so hopefully he'll have the same effect again.

John Spearing, trainer of A Sure Welcome
The horse is well. He's got a 5lb penalty but I think he's got a chance. He's in real good form at the moment and when they're on song that's the time to go.
Reporting by James Stevens

FIRST PUBLISHED 6:00PM, JUN 13 2021
The inside stall has beaten 55.52 per cent of their rivals and it would have been profitable to back all the runners blind