Can Global Giant transfer his classy all-weather form back to the turf? 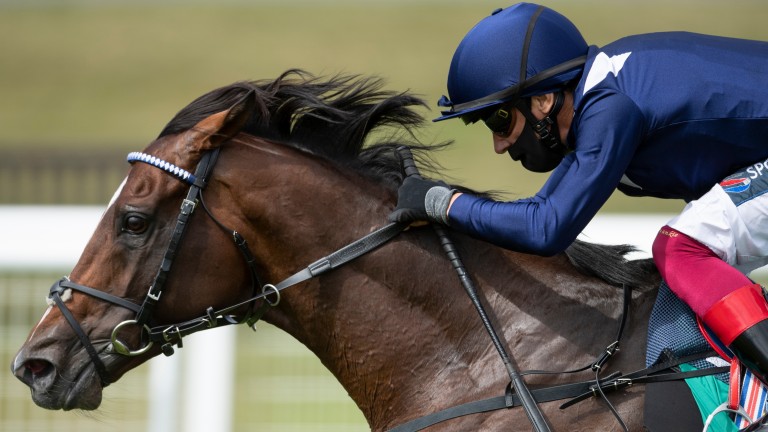 A Racing Post Rating of 116 would have been good enough to have won six of the last ten runnings of this Group 3, and Global Giant already looks well up to the standard following his easy win in the Magnolia Stakes at Kempton last month when he achieved an RPR of 118.

A reproduction of that all-weather form would almost certainly be good enough for Global Giant to win what looks an average race for the class, so can he run to the same level on turf?

Since the start of 2019, there have been just four horses who recorded an RPR of 116 or higher on the all-weather on their previous start who then competed in a Group race on turf next time and only one won. That is not sufficient evidence to draw any firm conclusions, but it does show that victory won't be a formality for Global Giant, who is odds-on overnight.

His highest RPR on turf of 115 would put him 1lb shy of the 116 needed to land an average running and it does not leave him with clear daylight over rivals Marie's Diamond or San Donato.

The problem for that pair could be the 1m1f trip. Both have achieved their highest RPRs over a mile, although several of Marie's Diamond's siblings stayed at least this far, some further.

Stamina is also a doubt for My Oberon, who is unraced beyond a mile. He is the first foal of useful 7f juvenile winner My Titania and is a half-sister to 5f Group 2 winner Muthmir.

My Titania's other half-sister is Listed-placed juvenile winner Aneedah, who scored over a mile, and Dubawi is the sire. There is some stamina in the pedigree, but the jury is out.

John Gosden, joint-trainer of Global Giant
Global Giant's a versatile horse, but he didn't like the dirt being kicked in his face in Riyadh in February. He came out of that in good shape and won nicely at Kempton, and this looks the right race for him.

Mike Prince, racing manager to Middleham Park Racing, owners of Marie’s Diamond
It's a bit of an experiment to see if he gets beyond a mile, but he shapes as if he should and if he does it opens up other doors. We know he handles the track and they'll have to get past him to win. 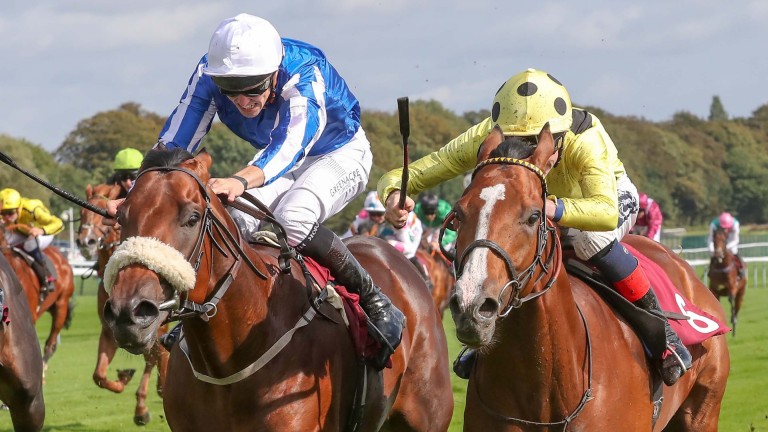 Roger Varian, trainer of San Donato
We were going to take him to Dubai, but he's needed a bit of time to come to hand. He's a talented horse and this looks the right race to start him back in.

FIRST PUBLISHED 6:00PM, APR 13 2021
He came out of that in good shape and won nicely at Kempton and this looks the right race for him

You never forget your first time - but mine with Jim Bolger didn't last long Big-hearted Lady Bowthorpe gives Jarvis best success in over 25 years 'Frankie can ride until he's 55' - Dettori's age just a number says Ray Cochrane Lucky Vega team ready for rematch with Poetic Flare with plan to stick to a mile How Monday's action could impact the betting for the Derby and the Oaks Alcohol Free surges in 1,000 Guineas betting as favourite Santa Barbara rebounds