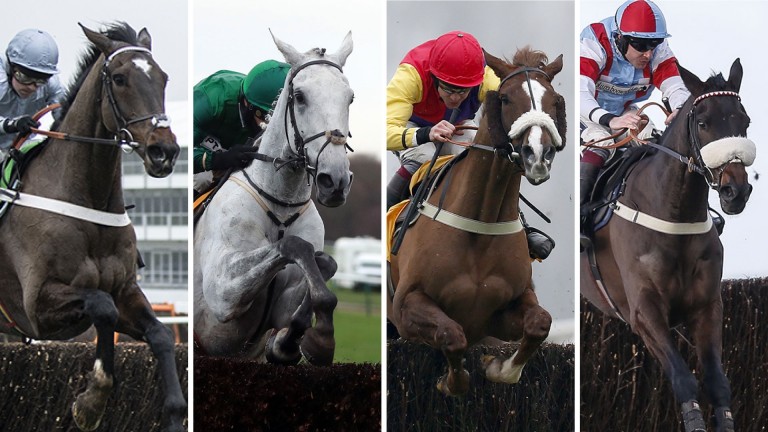 This race was due to be run at Cheltenham last Saturday and the switch to Sandown adds a fascinating angle because few top-class staying chases are run on right-handed tracks.

The King George, famously run at Kempton over Christmas, is the only Graded non-handicap chase (not novice) on a right-handed track over 2m7f or further in Britain all season and that means the majority of these need to prove their effectiveness racing clockwise.

There is such a dearth of right-handed chase form in this race that it’s a fascinating exercise to split each of the runners' efforts into two categories, those going right- and left-handed.

On left-handed form it’s a one-horse race. Bristol De Mai has a career-best Racing Post Rating of 182 going anti-clockwise and achieved a figure of 177 when landing a third Betfair Chase, and fifth victory at Haydock, when last seen at his favourite track in November.

Bristol De Mai has a super record fresh, with form figures of 112211213221 after breaks of 50 days or more, but this isn’t Haydock and it isn’t left-handed either. It’s a different test.

Bristol De Mai’s best RPR going left-handed (182) is fully 24lb higher than his best going this way (158), but it’s not all doom and gloom. He has won twice on right-handed tracks, including at this course, but hasn’t gone clockwise since falling in the 2018 King George. 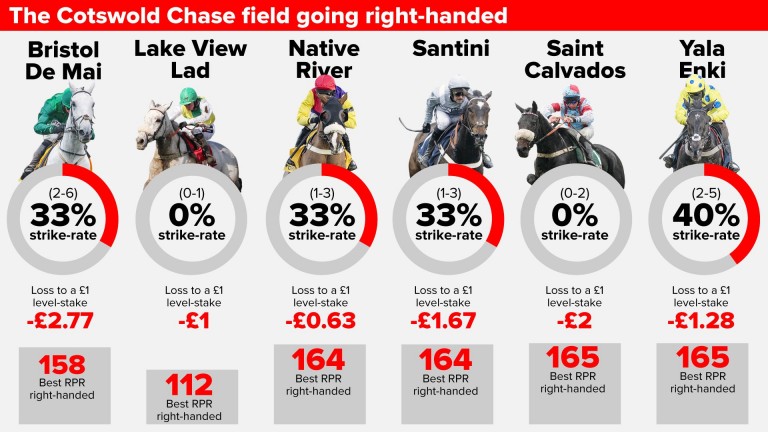 If you throw away all the left-handed form and concentrate only on chases on right-handed tracks you can turn the race on its head. The highest RPR going this way is 165 and that isn’t shared by hot favourites Bristol De Mai and Santini, but by Saint Calvados and Yala Enki.

Santini and Native River have both recorded 164 in right-handed chases, but you have to go back to December 2018 to find Native River’s 164 figure, which was achieved when third in the King George won by Clan Des Obeaux, and he hasn’t gone this way in four outings since.

Saint Calvados finished a place ahead of Santini when registering his 165 in this season’s King George and they were racing off level weights that day. It’s hard to understand this market, which makes Santini a short price to reverse the places on 6lb worse terms.

The market doesn’t like Yala Enki either, but his RPR of 165 was achieved most recently, only two weeks ago in fact, when he ran his rivals ragged from the front to land a second Portman Cup at Taunton. That was all the more impressive given he almost fell four out.

The median RPR achieved by all winners of Grade 2 non-handicap chases in Britain since 2008 comes in at 164 and that’s another indication 165 might be enough. All bar Santini ran to at least that high last time, but only Saint Calvados and Yala Enki did it right-handed and that may be key.
Race analysis by Graeme Rodway

Aidan Coleman can’t wait to ride Santini at Sandown as trainer Nicky Henderson plots a path to the Magners Cheltenham Gold Cup for both the nine-year-old and RSA Chase hero Champ.

Nico de Boinville, regular rider of Santini, partners Champ in next Saturday’s Betfair Denman Chase at Newbury, and Henderson is taking the opportunity for Coleman to build a relationship with Santini.

Coleman said: “I schooled Santini last week and all went well. It was nice to get a feel of him and sit on him for the first time. He's a beautiful horse with some super form and he won the Cotswold last year, was second in the Gold Cup and he's won around Sandown.”

Henderson explained: “It just gives us the option because Nico is going to ride Champ next weekend and then we’ll see. Both jockeys will know both horses.” 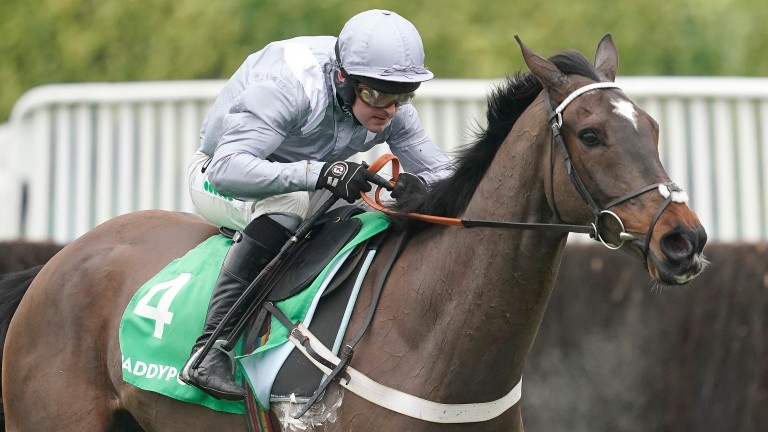 Santini: will be partnered by Aidan Coleman for the first time in the Cotswold Chase
Alan Crowhurst

The trainer admits he is concerned about the heavy ground for Santini with Cheltenham on the horizon, but needs to get a run into him.

“The conditions at Sandown aren't ideal, but Santini has got to have a run,” Henderson said. “We supplemented him for the King George because there would have been nowhere to go until the Cotswold Chase and that would have been his first run since Aintree [at the start of December].

“It was too quick for him round Kempton – but it won't be too quick at Sandown; it'll be an awful test of stamina. Stamina is his strong suit, but this probably isn't the ideal moment to have a dust-up and I suspect it will be a test.”

Anthony Bromley, racing manager to Simon Munir and Isaac Souede, owners of Bristol De Mai
He won the Scilly Isles on his last visit to Sandown, and the ground will be right up his street. Nigel [Twiston-Davies] has been very happy with him. Whether he runs in the Gold Cup or the Grand National is still up for discussion. If Sandown is off he’ll go for the Grand National Trial at Haydock off top weight.

Nick Alexander, trainer of Lake View Lad
It’s a high-class field and on official ratings he is booked for last place. I don’t think he will come last as long as he handles going right-handed and the travel. 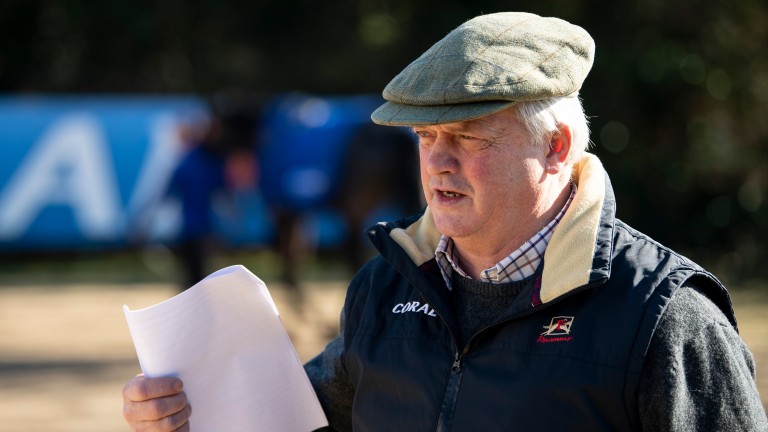 Colin Tizzard, trainer of Native River
Missing out a few fences at Aintree didn’t help him. I couldn’t be happier with the horse. It’s his ground; it’s his type of race. I think he’s every bit as good as he was last season. If Sandown is off he’ll go to Newbury next Saturday.

Harry Whittington, trainer of Saint Calvados
We’re running to find out about the trip, and that will dictate which race he runs in at Cheltenham. He’ll love the ground, and he’s getting a bit of weight which must be to his advantage. He’s ready to roll, and we’re hopeful.

Paul Nicholls, trainer of Yala Enki
He’ll love the ground and is in good shape. He’s got a bit to do on ratings, but the ground gives him a big advantage. The extra week we’ve had with him for this race is also in his favour.
Reporting by Richard Birch

Mostahdaf takes Listed feature as two smart juveniles emerge at Sandown Will the true Khaadem turn up again? Tom Collins assesses a 'wide-open' sprint Gelded Al Aasy should be close to his best on return says William Haggas Unbeaten runner's tendency to hit flat spot makes her an in-running play Will early season form or late-season bloomers flourish in a puzzling Mill Reef? 'With Oisin on board and a good draw I think he could run a big race'