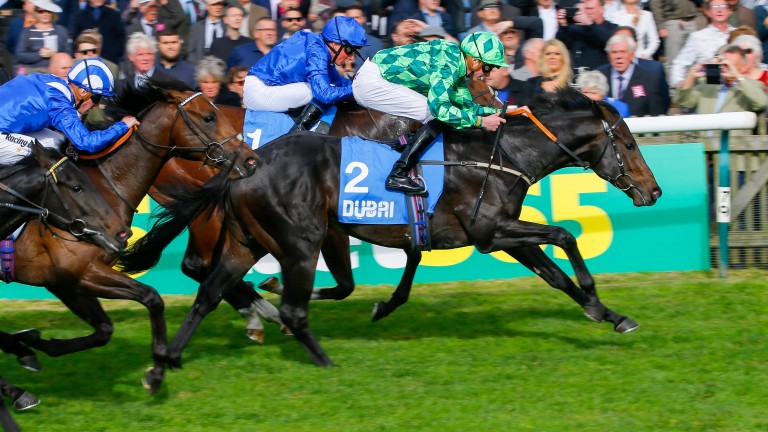 In big-field sprints at Musselburgh it is often best to be drawn high – near to the stands’ rail – particularly in the case of front-runners.

There is a kink in the rail over two furlongs out which can force those who don’t have close proximity to it further into the centre of the track.

A great example is the 2019 Scottish Sprint Cup which was run on good ground and featured 16 runners.

The winner, Saaheq, raced close to the pace throughout from stall 15 and came home three-quarters of a length clear of Final Venture, who made a bold bid to make all from stall 17. Trailing the field in 14th, 15th and 16th places were sprinters drawn three, one and two respectively.

Abel Handy, one of seven course-and-distance winners, boasts tremendous early pace and ought to be in pole position at halfway from his draw in stall 17.

Winner of the Group 3 Cornwallis Stakes at Newmarket as a two-year-old in 2017, he is able to compete off a 31lb lower mark than his peak rating. He’s been dropped 11lb in five runs for Liam Bailey, and there will be worse 25-1 shots during the afternoon than him.

Trainer Grant Tuer, one of the success stories of 2021, has already comfortably passed his best tally of 21 winners recorded in 2019.

Gunnerside, responsible for six of the stable’s 30 winners this year, is 28lb higher than when getting scoring off 50 at Newcastle in April. There could be more to come from this hold-up sprinter, but he’ll need luck from stall eight.

Fellow four-year-old The Bell Conductor, who can race handily, is better drawn in stall ten, and looks open to improvement off just a 3lb higher mark than when successful at Beverley last time.
Race analysis by Richard Birch

Iain Jardine, trainer of Glory Fighter and Never Dark
Glory Fighter is better than 80-rated and things just haven't gone right for him this season. Ideally, he doesn't want it too firm but I've been told the course has been watered really well. He's very well at home. Never Dark is a decent horse and we're just finding the key to him. He's run well in defeat for us and I'm sure there's a nice race in him.

Grant Tuer, trainer of Gunnerside
He's been great for us and I'm still convinced he can go well off this mark. He's getting faster and everything is in his favour. He was a late-born foal and took forever to come to hand, he was really weak last year but has really matured this time around and is an out-and-out sprinter. 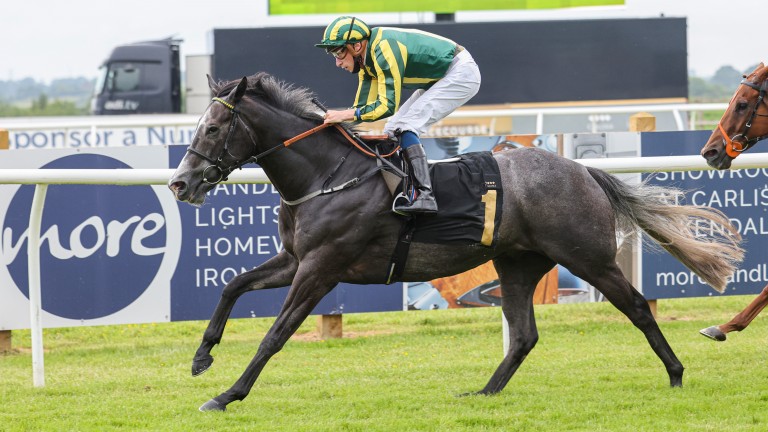 Paul Midgley, trainer of Good Luck Fox
He's in great form and won pretty cosily there last time. The handicapper has had his say, but he can win off 75. The draw hasn't been very kind to him again and that's the only negative [stall one]. There's plenty of speed drawn low, so that helps.

Phillip Makin, trainer of The Bell Conductor
I'm hopeful he can build on his Beverley win, where he didn't really relax at any point during the race. Hopefully he settles better at this quicker track and the form of his win looks quite strong. I'm hoping the ground is not too quick for him.

Jim Goldie, trainer of Tanasoq, Global Humour, Primo's Comet and Sound Of Iona
Tanasoq ran a good race when he won at Newcastle, that’s the type of race he could win. He likes a competitive handicap, he’s obviously very well handicapped from his earlier days, but he’s probably not quite the horse he was. Global Humour was second last time and this might be a bit sharp, but they’ll go quick and it will suit a finisher, which he is. Primo’s Comet has a middle draw and a lot of it will be luck in running, a lot of these are hold-up horses who need to get the gaps, but he won well last time, is in good form and we’ve targeted this race. Sound Of Iona runs well at Musselburgh and stayed on nicely last time at Hamilton. She’s in good form, well handicapped and well drawn.

Tim Easterby, trainer of Wade's Magic
He's drawn okay [stall 12] and goes there in good form. He likes good ground or softer and I don't imagine it will be too quick. He was unlucky last time, getting shuffled back before staying on, and should run well.
Reporting by Andrew Dietz