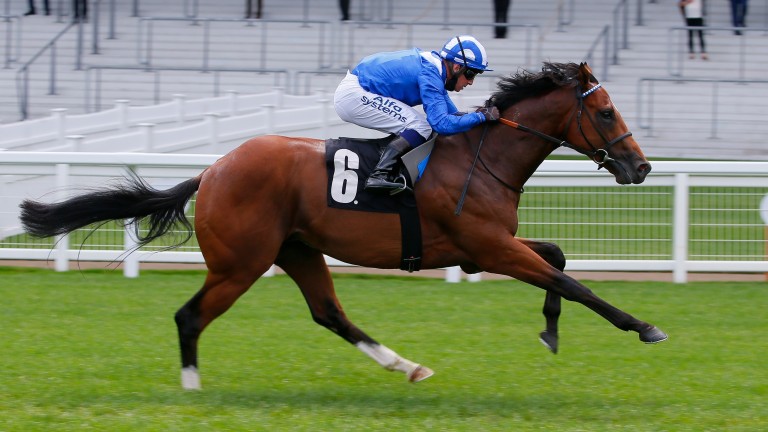 Laneqash: has been kept to Listed and Group company
1 of 1
By Graeme Rodway and Richard Birch UPDATED 6:30PM, SEP 10 2021

Jim Crowley was lucky to avoid serious injury when taking a heavy fall from Jadhlaan this week and Shadwell's number one rider has the envious choice between likely market leaders Danyah and Laneqash in this Group 2, and it's surprising he has gone for Laneqash.

Danyah sets a high standard on Racing Post Ratings and Topspeed figures, and that is last-time-out form as well. He achieved an RPR of 117 and a Topspeed of 107 when narrowly landing an Ascot handicap in July and 117 is higher than the average for a Group 2 win.

Since the start of 2019, if you had backed all horses who had recorded an RPR of 116 or higher on their previous start in races below Group 1 level next time you would have found 39 winners from 119 runners. That's a 33 per cent strike-rate, so Danyah is up to this grade.

Danyah has done most of his racing in handicaps and the fact Crowley has palmed off the ride to Dane O'Neill in favour of Laneqash is clear evidence he is held in high regard.

A glimpse at the company Laneqash has been keeping gives further encouragement on that score as, unlike Danyah, he has yet to even compete in a handicap. All three runs since his Ascot maiden win have come in Listed or Group company, including at this course.

The three-year-old was beaten only a head in the Flying Scotsman at this meeting last year and improved on that form when second in the Group 2 Hungerford at Newbury last time. 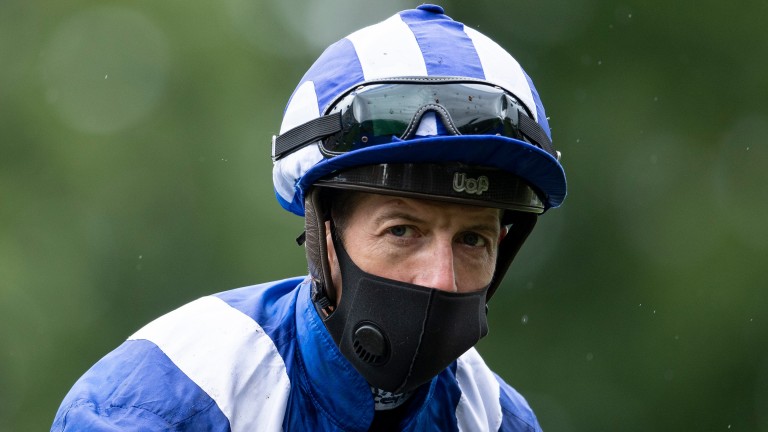 Crowley rarely gets it wrong when it comes to Shadwell horses, so Laneqash is exciting.

Glorious Journey is proven in the grade, having won two Group 2s, and he will be there to pick up the pieces if the Shadwell duo don't. There aren't many more solid at this level.
Race analysis by Graeme Rodway

Charlie Appleby, trainer of D'bai
He has run very well in this race in the past and has certainly stripped fitter for his last start. He has been going well at home and, if he reproduces some of his best form, should be there or thereabouts.

Owen Burrows, trainer of Danyah
He's rated 112 now, so has got to have a go at this type of race. It's a small field – he's been used to big-field handicaps – but I thought he showed his versatility at Ascot last time by making all. He was due to run in the Hungerford Stakes at Newbury last month – a Group 2 like this – but sustained a minor muscle strain so we had to pull him out. It was only a little blip – just bad timing – and I've been happy with his work lately. He's back in business and I'm looking forward to seeing him run. It's nice to have him.

Roger Varian, trainer of Laneqash
We're looking forward to running him and he pleased us when running a decent second at Newbury. He has form at the track and likes top of the ground, so has plenty going for him.
Reporting by Richard Birch

Aidan O'Brien equals Vertem Futurity record with 'very exciting' Luxembourg Jimi Hendrix holds on in photo-finish to give Hector Crouch a double 152 not out: Hollie Doyle breaks own record for winners in calendar year Newmarket gallops icon Jean Bucknell honoured in Rowley Mile finale Stable debutant halved in price at 8-1 (from 16) for Cheltenham opener Paul Kealy struck with Before Midnight and has more Saturday selections