Aso, Blaklion and Lake View Lad among veterans in action for midweek treat 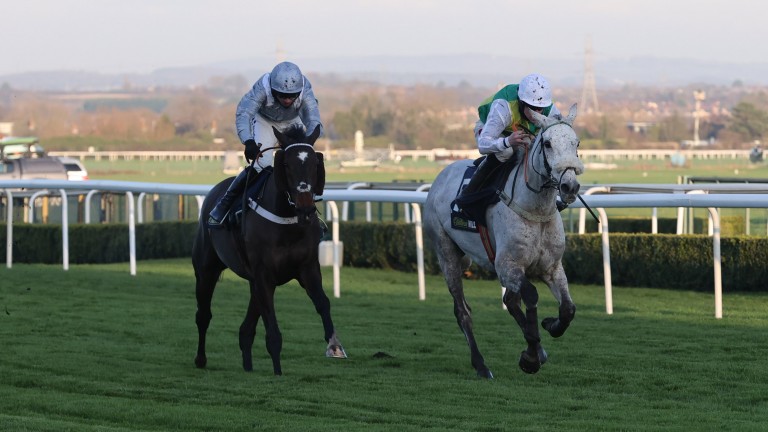 The Becher Chase at Aintree on Saturday was described as "always the early season plan" for Blaklion by trainer Dan Skelton in his Racing Post stable tour, so it was quite surprising when Blaklion appeared in the declarations for this race just three days before.

Blaklion absolutely loves it at Aintree. He won the Becher in 2017 and usually wings round the Grand National course. You could put either a positive or negative spin on his absence from that race, depending on whether you fancy him to win here.

It's possible to argue Blaklion didn't show enough on his reappearance at Bangor last month to warrant a run in the Becher. He was beaten 18 lengths by winner Snow Leopardess, after all.

However, he did show up well for a long way and it may just be that connections feel they have spotted an easier opportunity in this veterans' chase. There's no doubt this is weaker than the Becher.

Lake View Lad is another tackling an easier opportunity than he is usually presented with. He has form figures of 12313515 after breaks of at least 50 days and beat Santini in the Grade 2 Many Clouds Chase at Aintree this coming weekend, 12 months ago.

There won't be anything of that class in here and this heavy-ground course winner heads the weights off 11st 12lb. He has to give 3lb to fellow class act Aso, who has to concede upwards of 5lb to the rest of the field in a race that looks top heavy in terms of quality.
Race analysis by Graeme Rodway

Nick Alexander, trainer of Lake View Lad and Up Helly Aa King
We’re very much looking forward to running Lake View Lad. Obviously he’s got top weight but I think he’s in very good form and is potentially quite well treated, although he is getting older. He was given 162 after his win in the Many Clouds last year and he’s now off 150 so the handicapper has let him down so he can run in this race. Up Helly Aa King should run well as he should be suited by the conditions, track and trip. He just got a little tired at the end at Kelso and he really wants three miles these days.

Venetia Williams, trainer of Aso
He was outpaced at Cheltenham in his last run but he’s now dropped to a mark where he can get into these veterans’ races and we’re hoping he’ll go well.

Alex Hales, trainer of Smooth Stepper
He’s been a wonderful horse and seems as good as ever. His training has gone well and the softer the ground the better for him. Obviously he won the Grand National Trial around here but, as ever, it’s a competitive veterans’ race.

Evan Williams, trainer of Prime Venture
You wouldn’t say he’s got too much up his sleeve. It’s just the case of hoping he’s got a bit of life left in him where a lot of those old boys haven’t got a bit of life in them. It’s a lovely race and a lovely series to be involved in.
Reporting by Charlie Huggins

'Venetia is brilliant' - Rich Ricci nails it as Royale Pagaille turns back time Next stop Supreme? Unbeaten Jonbon pushed out to 4-1 after Haydock win Shishkin eases in the market as punters gravitate to Energumene ITV Racing tips: one key runner from each of the eight races on ITV4 on Saturday 'I confidently expect her to outrun her odds' - Tom Segal's four ITV4 fancies 'He'll be stronger at the finish at this trip' - Paul Kealy likes one at Ascot