Are we ready for another Menuisier gamble? Nuits St Georges bids for a hat-trick 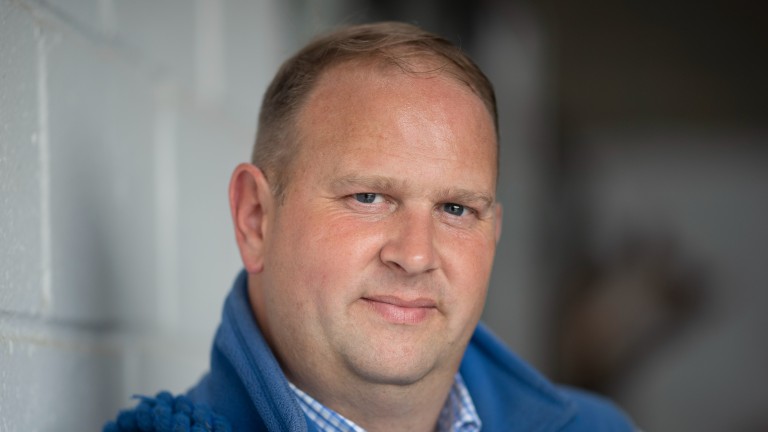 David Menuisier: has had a fantastic season
Edward Whitaker
1 of 1
By Graeme Rodway and Stuart Riley UPDATED 6:48PM, JUL 30 2021

The market has been the best guide to David Menuisier-trained runners this year, so it will be fascinating to see whether the money arrives for Nuits St Georges in this staying handicap.

Menuisier's Migration landed an almighty gamble when winning the opener here on Tuesday and Nuits St Georges was also the subject of heavy support when he beat the reopposing Prince Alex and Hochfeld in a course-and-distance handicap two months ago.

Nuits St Georges has since won again at Salisbury and is now 9lb higher than when beating Prince Alex here. The runner-up is weighted to reverse the form of that head defeat on 6lb better terms, but Nuits St Georges is improving and Prince Alex went backwards last time.

It is possible to forgive Prince Alex that poor run at Newmarket, though, as it came in a hot handicap and he travelled strongly before finding trouble in running. Not a lot went right.

However, he has since been moved from Ralph Beckett to Michael Bell and Bell often needs time with new recruits. Since the start of 2016 he is just 2-31 with horses making their debut for the yard after moving from another stable, and a £1 bet on each would have lost £26.73.

Alan King proved his prowess on the Flat when landing the Group 1 Goodwood Cup with Trueshan on Tuesday and he added the Group 2 Richmond Stakes with Asymmetric on Thursday.

King runs On To Victory, who was second in Listed company last time and races off a mark of 104. This has been a good race for highly rated horses and Harris Tweed (105), Elidor (105), Soldier In Action (106) and King's Advice (108) won off higher marks in the last ten seasons.
Race analysis by Graeme Rodway

Alan King, trainer of On To Victory
He's got good course form and ran well here last time. The ground should be ideal and I hope he'll run very well.

Roger Charlton, trainer of Win O'Clock
The trip suits and any rain is probably in his favour. He ran pretty well at Haydock, but as usual it's a tough race and he's plenty of weight for a little horse.

David Pipe, trainer of Ladykiller
He's been off for a while but is in good form at home and as long as the ground is on the slower side of good he'll take his chance. He's got some decent form on the Flat in Germany so we'll see how he goes in this country.

Bruce Raymond, racing manager to Saeed Suhail, owner of My Frankel
He's got to get the mile and six and we're not so certain he really likes the soft ground. He's probably better on good so we'll definitely be looking to see what the ground is like first. The trip may just stretch him on soft ground.

Simon Crisford, co-trainer of Aaddeey
We're stepping up to a mile and six to see if that brings about some improvement, but that's the unknown element to the puzzle. In the John Smith's Cup he had a terrible draw and was a long way back. He did all his best work up the straight and has always struck us as a mile and a half as a good trip for him, but he's always looked as if he might stay further. I have to say he's better on quick ground, but I think he'll run well.

Oisin Murphy, rider of Urban Artist
She is owned by my gran and she's had a little bit of a freshen-up since York. Hughie Morrison has been very good to me again this year and we've a good strike-rate together. This has been the target for her for quite a while. I hope she's better than 99 and still on the improve. Ground conditions are fine for her.

David Menuisier, trainer of Nuits St Georges
Personally I think the price is a bit short. The horse is really well and he's won over course and distance, which we know is a huge factor. But he's gone up 9lb for his two wins and it's not a walk in the park. When I see him at 9-2 in places, I just find that a bit short. He is on a career high and I don't want to sound like a wet blanket, I'm just being realistic.

Stuart Williams, trainer of Rhythmic Intent
He's in good form and ran a nice race over a trip short of his best last time. We're very much looking forward to seeing him run as conditions should suit.

Sir Mark Prescott, trainer of Bodyline
He's been off a long time, but his work has been good. The faster the ground the better – he wouldn't run if there was soft in the description.

Michael Bell, trainer of Prince Alex
He's a very recent arrival from Ralph Beckett's, but he has arrived with us looking very well and has settled in nicely. We know he handles the track.
Reporting by Stuart Riley

FIRST PUBLISHED 6:00PM, JUL 30 2021
This has been the target for her for quite a while. I hope she's better than 99 and still on the improve

Art Power bids for another lucrative Irish raid in Group 3 Renaissance Stakes What is required to win the Cambridgeshire? Graeme Rodway runs the numbers Cheltenham hero Belfast Banter out to make class count in €80,000 feature Gordon Elliott saddles first runners since suspension at Punchestown on Tuesday