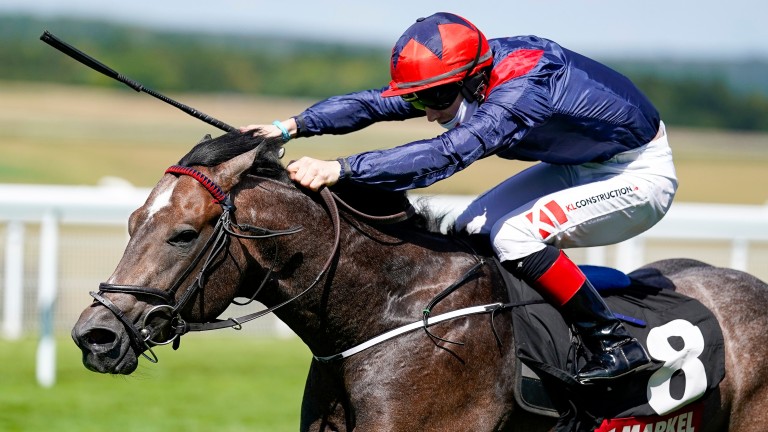 Steel Bull looks to be, as they say in racing circles, a ball of speed. A breeze-up graduate, he built on his debut win at Naas with victory in the Molecomb at Goodwood, but faces a big test stepping up to six furlongs in this competitive Group 1.

The Molecomb was right up Steel Bull's street. A speed track like Goodwood was always going to suit but, if connections can cling onto anything, it would be the fact he didn't get the clearest of runs through and had to battle hard to get to the front.

That would offer a glimmer of hope that Steel Bull will get the extra furlong and, if he does, he will clearly be difficult to beat. But with such a question mark hovering over the favourite, it could pay to look elsewhere.

It is no accident that Aidan O'Brien has won this race 16 times and it looks like St Mark's Basilica is the Ballydoyle number one. He ran a lovely race over course and distance on debut and may well find the necessary improvement to be in the frame here.

Laws Of Indices and Lucky Vega are closely matched, having finished within half a length of each other in the Railway Stakes, as are Ventura Tormenta and The Lir Jet, who were the first two home in the Prix Robert Papin. 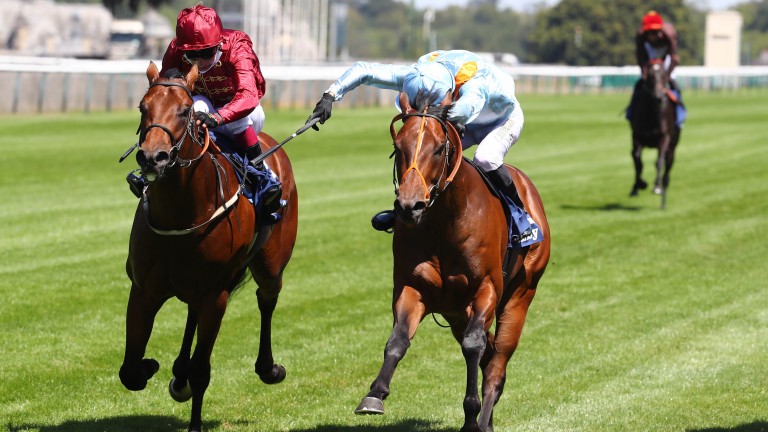 This is the deepest renewal of this race for some time and ratings suggest it could be a tight affair.

The filly Aloha Star shouldn't be underestimated either. La Collina (2011) and Saoirse Abu (2007) managed to beat the colts in this race and the style in which she took the scalp of Frenetic in Group 2 over course and distance suggests she can have a role to play.

The law of averages suggest you will go through a lot of €8,000 horses before you come across one as good as Railway Stakes winner Laws Of Indices, and connections of the rapidly-improving colt know that better than anyone.

Knocked down for that paltry sum last October to Dermot Farrington, a zero was added to the colt's value after he won his maiden at Navan and the price would have sky-rocketed again after the Railway Stakes, but connections are not the selling kind. 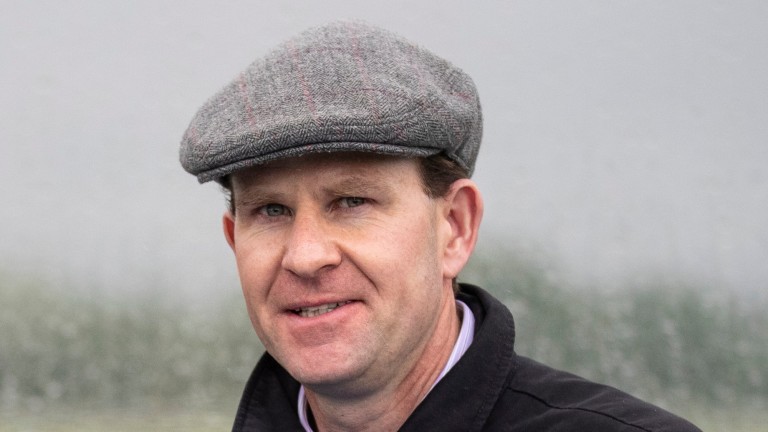 Ken Condon: "We're just custodians of a yard that will hopefully continue on in the future. It's a privilege to be here and we're very pleased with how things have started for us."
Patrick McCann

Instead, they are enjoying the luck that has come their way, with Ken Condon describing the build-up to the Phoenix Stakes as “bonus territory” with the bargain buy.

The trainer explained: “My nerves are good because, if you could put yourself in our shoes, we are in bonus territory. Everyone is very relaxed and we are looking forward to the race.”

He added: “It's a nice story because the owners are a bunch of friends who are involved in the industry and they all understand the luck that’s come their way.

“They are treating it as that and, who'd have thought that when they bought him for €8,000 last October, that he'd be running in a Group 1. They are well aware they could own horses for a long time and may never come across a horse that warrants his place in a Group 1, so they are excited by it.”

Laws Of Indices was a 66-1 shot when beating Lucky Vega in the Railway Stakes and, while he won’t be that sort of price on Sunday, he still retains his underdog status and looks set to be sent off at double figures in the betting.

Condon said: “The horse is good and we'll see on Sunday if he has improved or not. We're very pleased with his condition and wellbeing and all of the signs are good.”

He added: “It's the biggest Phoenix Stakes field since Johannesburg won the race in 2001 and there are different formlines converging here, including English and French form.

“It's going to be a fascinating race and it's great to be a part of it. The ground looks like it’s going to be beautiful so it should suit all horses.”

Aidan O'Brien, trainer of Admiral Nelson, Giorgio Vasari and St Mark's Basilica
St Mark's Basilica had a nice run the first day and obviously hasn't done much since but we always thought he'd come forward a lot for it. He's a horse we like a lot. It will be interesting to see how he gets on. Admiral Nelson ran well at Goodwood and seems to have come out of it well, which is why we decided to run again quickly. Giorgio Vasari is improving with every run and has plenty of speed. We've been delighted with him and the improvement he's been showing.

Jessica Harrington, trainer of Lucky Vega
It's a very good race but I think he has come on a lot since the Railway Stakes. I hope he can run a big race.

Michael Bell, trainer of The Lir Jet
He has travelled over well and settled in well at Johnny Murtagh’s where he’s spending the weekend. It’s a hot race and it is never easy playing away from home but I’m very happy with him. I have a lot of respect for Steel Bull after his Molecomb win but there are plenty of dangers.

Tim Palin, manager for Middleham Park Racing, owners of Ventura Tormenta
Whatever ratings you look at, it's very tight between four or five of them and you could throw a blanket over a lot of them. We go there as a Group 2 winner and we go there hopeful that we can win the prize and hopefully place at least.

Fozzy Stack, trainer of Aloha Star and Bubbles On Ice
Aloha Star came out of the last day in good shape. We're happy with her so we'll see what happens. Bubbles On Ice is coming back in trip but is a filly who shows plenty of pace at home.

It's oh so quiet but Search For A Song gives Weld something to shout about 'Hugely exciting Thunder Moon is a deserving 2,000 Guineas favourite' Harrington's Cayenne Pepper far too hot for Blandford Stakes rivals Song finds her tune as Weld and Orr get it right on the night in Irish St Leger All roads lead to Longchamp for Glass Slippers as autumn ace strikes again 'Mogul is Arc value' - our experts with the key takeouts from a stunning weekend