An Irish Derby like we have never known or will it be the same old story? 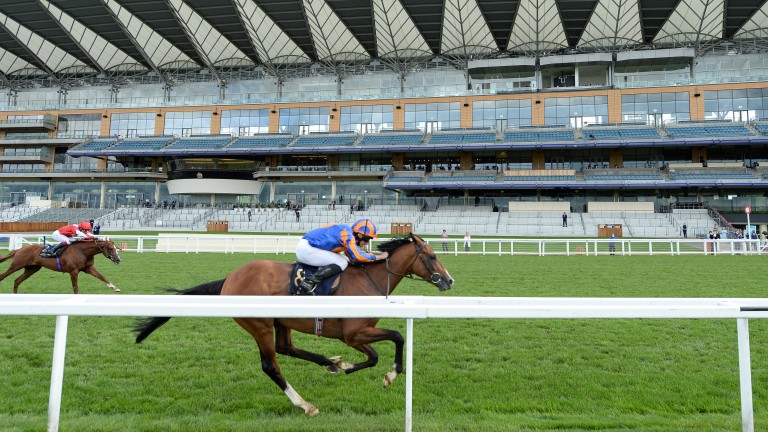 Santiago spearheads an army of Aidan O'Brien-trained three-year-olds hoping to hand the greatest trainer of his generation a 14th victory in the Dubai Duty Free Irish Derby.

He is the best horse in the race according to the official handicapper, who has him on a mark of 111, 4lb higher than any of his rivals. He is the also first choice of Seamie Heffernan, promoted from number two to number one at Ballydoyle in the absence of Ryan Moore.

Santiago comes into the contest on the back of a mightily impressive Queen's Vase victory at Royal Ascot and the form of his second in a Galway maiden last season looks red-hot now as the winner was Alpine Star, last Saturday's runaway Coronation Stakes winner.

Why, then, is there this nagging doubt in the back of our minds questioning whether Santiago is all he is cracked up to be? If he is the real deal, why were firms quoting 3-1 about him on Friday? Perhaps the 2020 edition of the Irish Derby is not as straightforward as it might seem and that is what makes it so intriguing.

It is on the same day it was always supposed to be on; at the same track it was supposed to be at; and O'Brien has his usual favourite, yet there is a different feel to this year's Irish Derby. It is not just the empty stands either, there is more to it than that.

This has the feel of the most open Irish Derby in living memory. There are more runners than any edition since 1977, 14 colts and one filly chancing their arm and sensing a Classic-winning opportunity, and writing any of them off is not easy. Even 66-1 outsider King Of The Throne, who has the queen of Irish jump racing on board in Rachael Blackmore, has some sort of squeak. 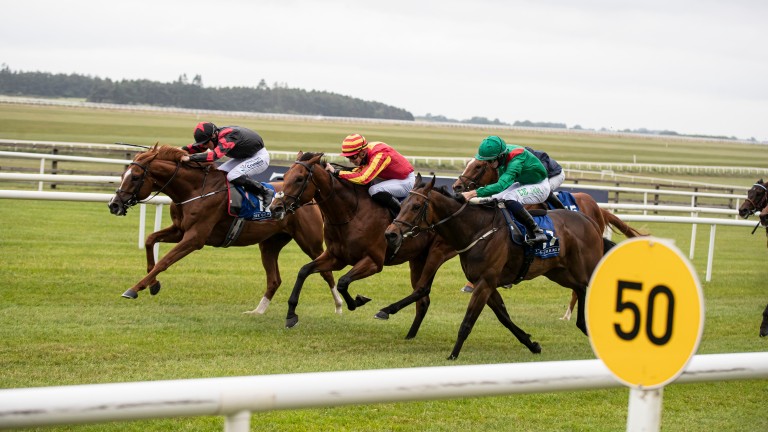 King Of The Throne (black): the mount of Rachael Blackmore in the Irish Derby
Patrick McCann

The chances are an O'Brien will win it. Aidan has six, Joseph has three and Donnacha has one so the famous family make up two thirds of the final field, but there is a chance a fairytale could come to life.

The author of that chapter could be Blackmore, Andy Slattery if Sunchart were to win, or Ger Lyons and Colin Keane teaming up to land the spoils with a maiden in Chiricahua. Don't forget Jim Bolger doing likewise with Fiscal Rules. Jessica Harrington being an Irish Derby-winning trainer has a nice ring to it too.

This is the year of the unknown, when strange things do not seem so strange anymore, so anything is possible on those vast Curragh plains.

Temperatures have been soaring towards 30 degrees all week and you will be sweating profusely trying to keep up with all that is going on a Saturday saturated with top-quality action.

The ITV cameras are at Newcastle and Newmarket and what a Tyneside treat we have in store in the Northumberland Plate, or the Pitmen’s Derby, if you are of a certain age. Whatever you like to call it, the staying showpiece of the day is as competitive and as tricky to solve as ever before. It is what Saturdays are all about. 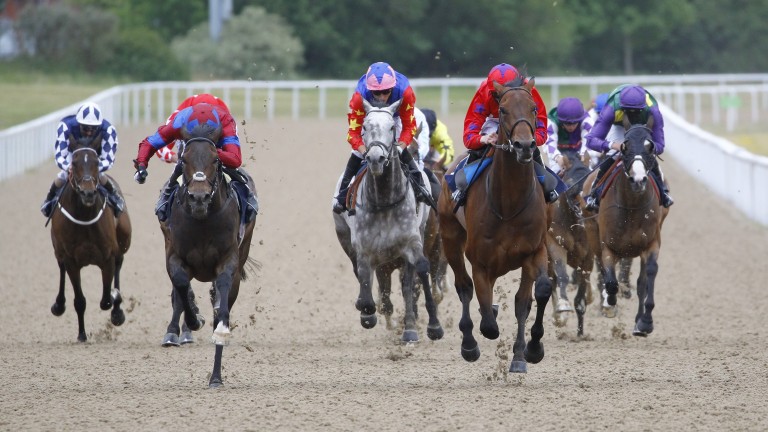 Australis (red) and Caravan Of Hope (blue and red): renew their rivalry in the Northumberland Plate
Pool

Australis and Caravan Of Hope are the two improving four-year-olds who fought out the finish to a Wolverhampton handicap earlier this month and both could be ahead of their marks. Carnwennan has been runner-up on his last two starts and this would not be a bad place for his luck to change.

Then you have the familiar faces, our old Saturday pals who have earned us a few quid in the past. Former Chester Cup winner Magic Circle is in there, as is King’s Advice, and I’m sure you have had a saver on Rainbow Dreamer somewhere along the line.

Another old-timer, Limato, is the star of the show in the Group 3 Criterion Stakes (2.40). He retains plenty of speed in those ageing legs and loves Newmarket, so this might one of those situations where it is best to stick to the obvious.

But will you be sticking to the obvious in the Irish Derby (7.15) later on? That is the real poser for punters. To stick with Santiago, or twist? My advice would be to stick.

Why the weight? Let's give our riders some respite and stop all the suffering

'All of us over 70 are supposed to lie down and die, it's crazy what's going on'

Johnny Murtagh at 50: I've had a great career, but I believe best is yet to come

The shock of the century: how on earth was the brilliant Brigadier beaten?

Faugheen: the people's horse who could have been another Arkle