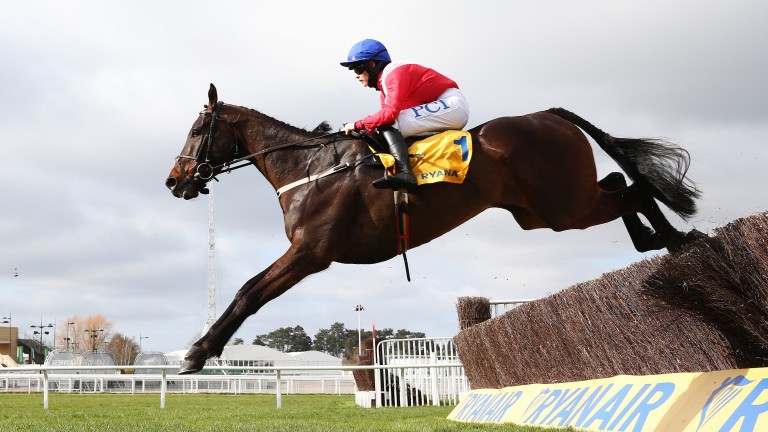 This is a glorious collection of the best chasers in Ireland. Seven of the ten runners are rated 161 or higher and perhaps what best sums up the quality of the fare is Grand National hero Minella Times is the outsider of the lot. It is absolutely delicious.

Willie Mullins has won six of the last eight runnings, including the last three with the recently retired Min, and he is responsible for seven of the ten runners.

The starting point for punters has to be Allaho. He is the highest-rated guest of this sophisticated party with an official mark of 174. That is 7lb higher than anything else, so if he brings his A game there can only be one outcome. That is a big 'if', though.

We didn't see much of last year's John Durkan as dense fog restricted our viewing to a couple of yards here and there. The card was cancelled afterwards, just three races in. But the fact that Allaho trailed in last of the six finishers and 34 lengths behind Min told you all you needed to know. He didn't fire at all.

He was beaten first time out in a beginners' chase in 2019, too, and was fourth in a Leopardstown bumper on his first start in 2018. He tends to take time to warm up each season, so you can understand why he is not favourite, despite having so much in hand on the figures.

In the same colours of Cheveley Park is Envoi Allen. It is hard to believe he is only the fifth-best horse in the race according to the handicapper but he now has to prove he can do it at the top level. This is D-day for him. 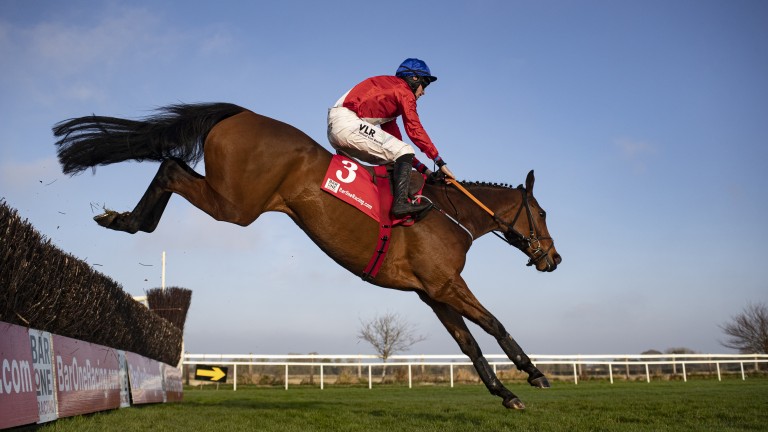 There were valid excuses for his two mishaps last spring but he looked more like his old self at Down Royal, albeit in a Grade 2 in which opposition was thin on the ground, and Henry de Bromhead reports everything to have gone swimmingly since. He is the most likely winner.

Somebody needs to check Fakir D'Oudairies's birth certificate. He is supposed to be six but it seems as if he has been around forever. He has two Grade 1 wins on his CV and the way in which he dismantled what looked a classy Clonmel Oil field suggests he is now better than ever and in his prime.

Whether he is good enough to dispose of a peak-form Allaho or Envoi Allen is debatable, but he is race-fit and will be there to pick up the pieces if nothing is able to run to 170 or higher. He is a classy operator and these are his terms and conditions.

Of the remainder, Asterion Forlonge is the one who appeals most. He might be hard to catch right but first time out on a right-handed track over this sort of trip with cut in the ground is exactly what the doctor ordered.

He has already won twice over fences at Punchestown and his performance in the 2m5f novice handicap chase at the festival here off top weight was easy on the eye. It earned him an RPR of 169. Bryan Cooper, who rode him that day, is back on board and riding full of confidence.

Melon is glorious to watch on his day but there haven't been enough of those days lately, while Tornado Flyer would have place prospects if reproducing his run in the race last year when second to Min. He traded at evens in running that day.

Minella Times surely needs further and will benefit from the blowout, while Kemboy seems to reserve his best for Leopardstown. He did beat Al Boum Photo in a Punchestown Gold Cup in 2019 but is another who would ideally need further.

Bryony Frost's chances of riding a first winner for Willie Mullins would seem remote on Franco De Port but he is still a Grade 1 winner.

Given the likelihood that Allaho might need this, Envoi Allen is the obvious call but, at the prices, Asterion Forlonge might just be the value option.

'Allaho's homework has been very good'

Despite his poor record first time out, runaway Ryanair winner Allaho is reported to have been working and schooling well for this reappearance by Willie Mullins.

That relentless performance last March was arguably the most jaw-dropping display of the week at Cheltenham and he is already 7-2 favourite to repeat the feat in 2022.

Mullins said: "Allaho appears to be developing well at home. I'm very happy with him. His homework and jumping has all been very good. We have to get him out and I'm happy to do it here on a track I think he'll run well at." 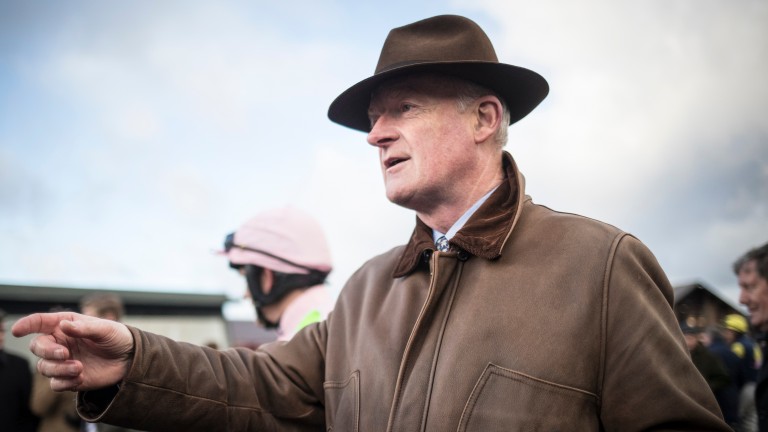 Willie Mullins is responsible for seven of the ten runners in a thrilling John Durkan
Patrick McCann (racingpost.com/photos)

Asterion Forlonge is a seriously talented performer when on song and Mullins has opted to renew his relationship with the in-form Cooper, who was on board for his wide-margin win in a novice handicap chase at the track in April.

The trainer said: "Asterion Forlonge won very well at the big festival here in the spring with Bryan on, so I've kept that partnership together. He's doing everything right at home and is a horse who I think has more ability than he’s shown us so far."

However, Mullins issued a warning about four-time Grade 1 winner Kemboy, saying: "It's not ideal starting Kemboy out over this trip, it could be too short. But he needs to start somewhere and I felt better starting at home rather than going to Aintree over an extended trip. I hope he gets into a nice rhythm with his jumping."

On the remainder of his team, Mullins added: "Tornado Flyer's best run last year was in this race and he goes well fresh. Melon has been a little disappointing since running very well in the Savills at Leopardstown and I just hope Brian [Hayes] gets a nice tune out of him in this.

"Janidil is a horse that improved nicely throughout last season and he could work up into being a nice three-mile chaser this season. Franco De Port's style of racing means he won't be in the van early on. He was running a great race before he fell here at the big spring festival. That run puts him in here with a good chance if Bryony [Frost] can get him to hold his jumping together."

Patrick Mullins, rider of Allaho
Allaho's record fresh isn't great but the ground and trip suit him well and we're delighted with him at home. It's a fantastic race and we're hoping he can run well.

Bryan Cooper, rider of Asterion Forlonge
He won at the Punchestown festival like a Graded horse in handicap company, so that would have done his confidence the world of good. Clearly Punchestown is a track he likes, so going back there will suit him. He's an exciting ride.

Henry de Bromhead, trainer of Envoi Allen and Minella Times
It's some race! Envoi Allen seems to be in great form; he's fit and well. He'd been working really well before Down Royal and we were delighted with him on the day. Everything has gone well for him since then, too. We know he has plenty of pace and he's obviously got very good form over two and a half miles. Minella Times seems in great form and is ready to run. He's been back in since August, so we're looking forward to getting him going now, with the obvious aim being a return to Aintree to defend his crown.

Joseph O'Brien, trainer of Fakir D'Oudairies
He's come out of his win in the Clonmel Oil Chase in good shape and seems well. This was a logical stepping stone since they have got a bit of rain at Punchestown. 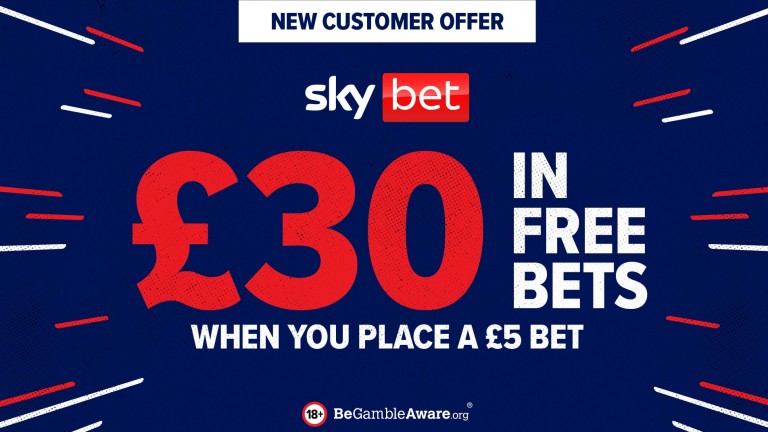